Discover the growing downtown districts near Nashville and find out why they're worth the drive from Music City. 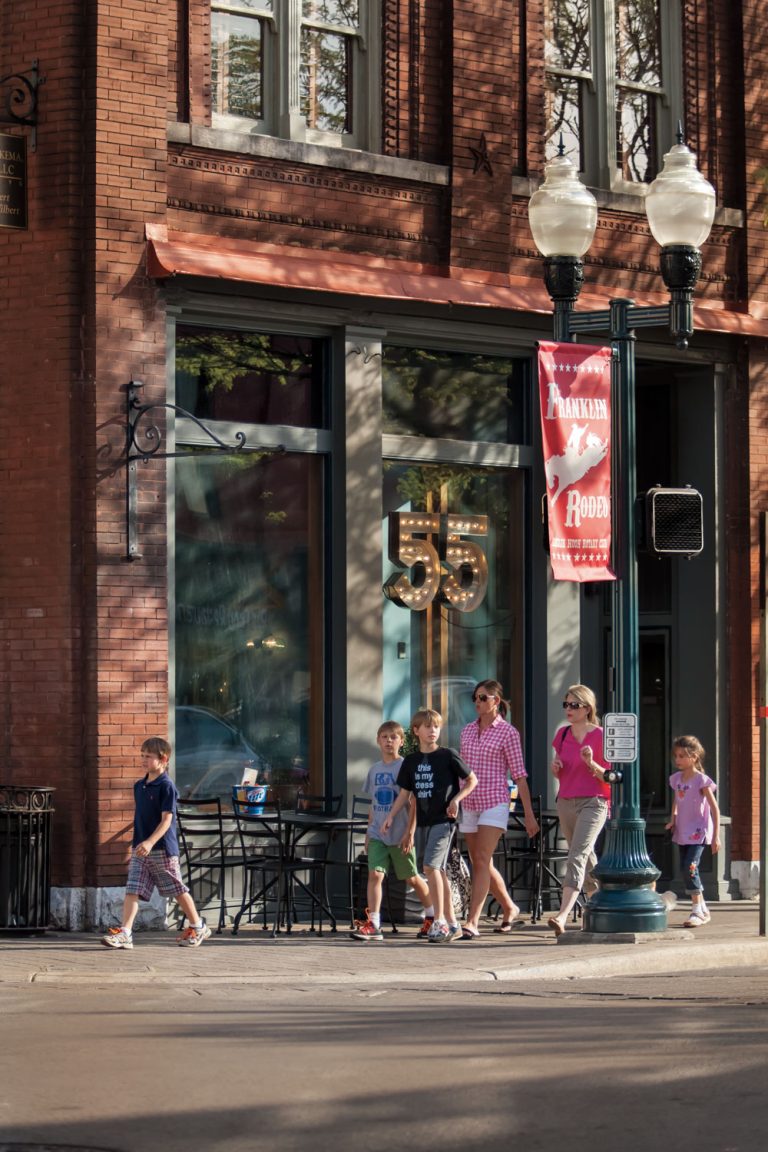 Middle Tennessee may be best-known for Music City, but many of the Nashville area’s smaller communities also have a lot to offer – including vibrant, flourishing downtowns with ample amenities and opportunities for the whole family to enjoy – and they’re only getting better.

Main Place to Be

Thanks to the Tennessee Main Street Program, many Middle Tennessee downtowns in cities like Columbia, Gallatin and Franklin are home to enhanced, restored buildings and a host of new businesses.

The program, which is a statewide resource for communities looking to revitalize and manage their downtowns, requires participating communities to form a nonprofit organization that focuses on revitalization efforts by following the four-point approach established by the National Main Street Center. Designed to help communities leverage their local assets, the approach emphasizes organization, promotion, design and economic vitality.

Lebanon became a Tennessee Main Street community in September 2013, and since then, the downtown’s historic Public Square – added to the National Register of Historic Places in 1999 – has seen vast improvements and developments, including an influx of new dining spots and shops.

Kim Parks, Historic Lebanon’s executive director, says the Tennessee Main Street Entrepreneur Grant is being used to create the Cumberland Ignite Lab in partnership with Cumberland University and the City of Lebanon, and it will be housed in a historic downtown building at 104 E. Main St.

“Historic Lebanon’s current plan of supporting entrepreneurs and recruiting a successful mix of businesses to the Main Street area will be fulfilled with the success of the Cumberland Ignite Lab,â€ Parks says. “The project ties Cumberland University and the community together in ways that will benefit both existing and new businesses.”

Another Tennessee Main Street community is Murfreesboro in Rutherford County, which has been part of the program since 1985 and is home to Main Street Murfreesboro/Rutherford County Inc. The organization hosts a variety of popular events each year, including Main Street JazzFest and the Friday Night Live concert series, and it’s been instrumental in attracting and retaining retailers, restaurants and housing developments.

“Downtown Murfreesboro has a hip vibe, bit it still retains a small-town feel,â€ says Kathleen Herzog, executive director of Main Street Murfreesboro/Rutherford County Inc. “Things are coming to life that the community has been dreaming of for years, and you feel like you’re really part of something when you come downtown.”

How Nashville is Embracing All Sorts of Sports

Ryan Bowie, chair of the Downtown Clarksville Association, points to projects like Downtown Commons – a green space and outdoor performance arena – as evidence of the area’s growth and evolution, along with recent faÃ§ade improvements, new restaurants like Roux Americajun Restaurant & Bar and Hot Pita, and new shops including Journey’s Eye Studio and Lilac Mums.

Additionally, Bowie says the community is excited to welcome Strawberry Alley Ale Works in 2018, which will be an eatery and a brewery with a multi-level outdoor deck offering guests expansive views of the Cumberland River and beyond.

“Historic downtown Clarksville is currently experiencing quite a renaissance,â€ Bowie says. “Many hardworking and dedicated employees and volunteers are pouring their hearts and souls into the downtown area to make it a desirable place to live, work and play.”