The Nashville Region is affordable, welcoming and humming with creative energy. 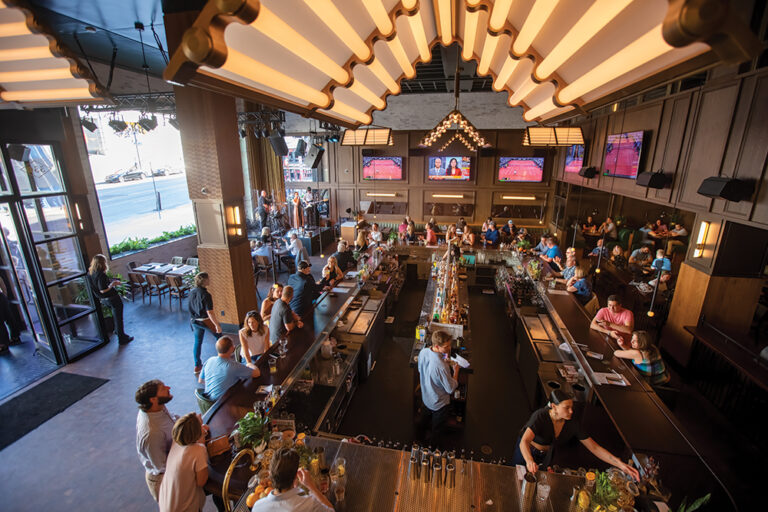 “There’s so much to do in Nashville,” says Malone, who moved here with her boyfriend. “We love the food, and the shopping is great, as well. There are also some great trails for hiking.”

Some of their favorite finds so far include Twelve Thirty Club, Justin Timberlake’s hip supper club in Nashville’s bustling Lower Broadway district, and Sonny’s, a pet-friendly bar in Germantown where they can take their English bulldog, Bo (@MusicCityBo on Instagram).

Looking for a Job? Consider a Move to Nashville.

New jobs are always on the horizon in the Nashville Region.

The secret is out about the region: Music City’s lifestyle attracts young talent and families alike. A lower cost of living, abundant career opportunities, a vibrant and diverse arts tradition, world-class cuisine and numerous opportunities to stay active have made the Nashville Region a destination for relocating talent.

Plus, those who move here feel like the welcome mat has been rolled out because the residents are just that friendly.

Nashville gives you more bang for your buck, with overall costs below the national average and housing options far more affordable than cities on the East and West coasts. Plus, Tennessee has no state income tax.

Housing affordability was among the reasons Phil Albrecht, a software engineer who co-founded real estate brokerage Felix Homes, moved from Los Angeles to Charlotte Park, one of Nashville’s emerging neighborhoods.

“The affordable home prices make the dream of owning my own home no longer a fantasy,” says Albrecht, who made the move in June 2021.

Since moving, he’s been impressed with how little traffic congestion there is in Nashville and how friendly people are here.

From the east side to the west side and everywhere in between, the arts can be seen and heard throughout the region. Bright, creative murals and public art can be found in numerous neighborhoods and communities. Plus, Nashville celebrates its arts scene with a number of galleries and museums and holds several art crawls and festivals throughout the year.

But really, living in Nashville is a multisensory experience. Of course, live music sets the soundtrack of the city. The Grand Ole Opry and The Bluebird Cafe are Nashville institutions. But you can also listen to musicians strumming guitars on street corners and playing in restaurants and bars every night of the week.

After serving nearly eight years in the Navy, Geoff Breedwell moved from Connecticut to the Nashville Region with his wife and two daughters, starting in Mt. Juliet in Wilson County and settling in Antioch, a community in southeast Nashville.

Breedwell, who is pursuing a master’s degree in divinity at Lipscomb University, says his family has found plenty of fun things to do close to home and in downtown Nashville, from bowling and trampoline parks to hitting the pool and spending several nights a week at the Two Rivers Skate Park. For weekend adventures, his family enjoys the Adventure Science Center, with interactive science exhibits and meals from Hattie B’s, an iconic hot chicken restaurant.

Whether you want to open up your own business or find a job with a great company, the Nashville Region boasts numerous opportunities to grow in your career.

Not only is the area home to several resources for startups, but it offers a slew of jobs in industries such as health care, financial services, life sciences, automotive production and, of course, music.

Remote workers are also drawn to Nashville because their dollars can stretch further here, there’s a friendly social scene they can click into, and the area has cute coffee shops and well-maintained trails to break up those workdays.

From downtown living to bustling communities with their own distinct vibe to wide-open rural spaces, the Nashville Region has something to offer every lifestyle.

A number of communities within the region, including Murfreesboro, Franklin and Hendersonville, are among the fastest-growing in the state. As a result, Murfreesboro and Franklin were included on Livability.com’s Top 100 Best Places to Live in 2020.

Corey Carmichael says he always loved visiting Nashville for concerts, live music on Broadway and Tennessee Titans games. In 2019, he had the opportunity to move from Memphis to Brentwood, a suburb of Nashville, to take on a new job. He’s since started his own communications consulting business.

Innovation in the Nashville Region is State of the Art

The Nashville Region is increasingly becoming a nerve center for life sciences, finance and automotive innovators drawn to the region.

“Music and sports have always been my favorite hobbies, but I’ve picked up so many new ones since I moved to Nashville,” he says. “I like to go on hikes, play golf at some of the beautiful courses here, and I’ve become an adopted fan of country music.”

Plus, the food scene has been a great surprise, he says. Nashville is home to top-notch restaurants, and there’s always someplace new to show off to friends who come to visit, Carmichael says.

“But the local restaurants in Franklin and some of the surrounding areas have really blown me away, too,” he says. “There was something really special happening.” 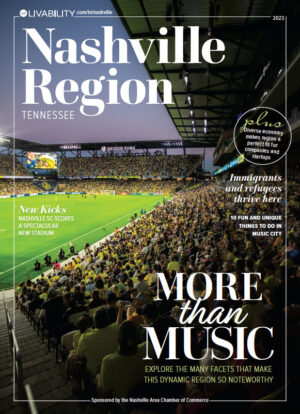