Who Are the Scarboro 85? 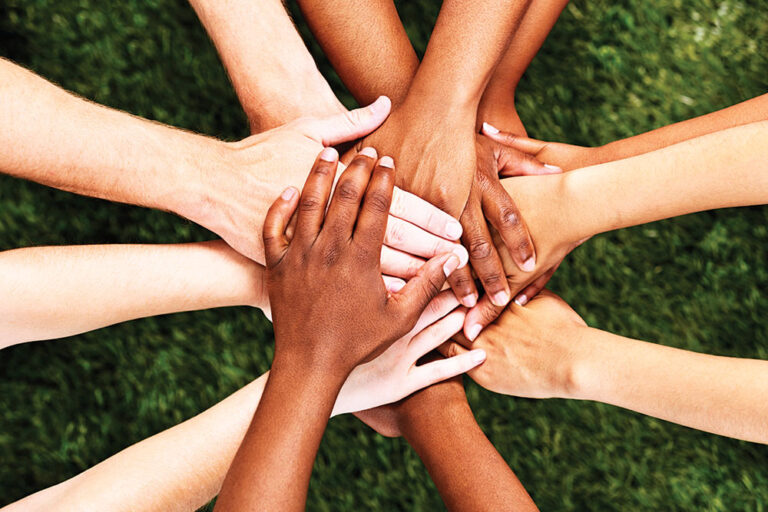 Many are familiar with Oak Ridge as East Tennessee’s “Secret City” and of its role in the Manhattan Project. But many outside of Oak Ridge are less familiar with its role in one of the South’s landmark desegregation victories — before Ruby Bridges, Little Rock Nine and the Clinton 12.

On Sept. 6, 1955, 85 Black students from the city’s Scarboro neighborhood integrated Oak Ridge High School and Robertsville Junior High, making them the first Black students to do this in the Southeast.

Like many civil rights initiatives, it was controversial for its time, envisioned about a year before the landmark 1954 Supreme Court decision that settled Brown vs. Board of Education.

Former student Archie Lee, one of what became known as the Scarboro 85 and the first Black student inducted into the National Honor Society at Oak Ridge High School, recalls in an oral history that despite his school being integrated, discrimination was still alive and well in the U.S.

“I was taking physics, and the physics and chemistry class went to Huntsville, Alabama, to some missile facility there,” Lee says. “I was the only Black one on the bus. Coming back, we stopped at a restaurant. Everybody got off, went into the restaurant, everyone sat down at the table along with me, and they came over and told us they wouldn’t serve me. Everybody said, ‘Well if you won’t serve him, you won’t serve us,’ so we left that restaurant. They all got up and walked out, and we went somewhere else.”

Here’s a guide to help you unlock the locations that are central to the Secret City.

Until recently, public school students in Oak Ridge were more likely to learn about landmark civil rights achievements elsewhere in the South. But recognition has grown in the past year, as community leaders commemorated the city’s 65-year anniversary of desegregation of Oak Ridge schools through a series of events, including an outdoor community worship service held at Scarboro Community Center – where Black students attended before integration – for the Scarboro 85 and their families.

Other events included a reunion parade and festival, and a new exhibit at the Oak Ridge History Museum to honor the 85. A proclamation by Tennessee Gov. Bill Lee honored the history-making steps of the Oak Ridge 85 and the Clinton 12 (a group of a dozen Black students who integrated a school in Clinton, Tennessee, in 1956) during a ceremony in the Scarboro Community Center.

Oak Ridge offers a collection of great museums. Among them are the American Museum of Science and Energy, the Children’s Museum of Oak Ridge, the Manhattan Project National Historical Park Visitor Center, the Oak Ridge History Museum, the K-25 History Center and the Y-12 History Center.

“It’s not a past we’re proud of,” says Christine Michaels, president of the Oak Ridge Chamber of Commerce. “It was a tumultuous time in the country. I’m proud of the fact that we’re trying to take steps to correct some past wrongs, but it was rockier than we would have ever wanted it to be.”

Two Oak Ridge historians, Rose Weaver and Martin McBride, have spent the last couple of years researching and gathering artifacts for the exhibit, and the Oak Ridge School District is now working to add this history to its curriculum.

“We want to make sure that it’s commemorated, and make sure that it’s not lost as time passes. People lose yearbooks, people lose stories, and they lose that connection,” says Kirk Renegar, former principal of Robertsville Middle School. “And honestly, at this point in time, with it being the 65th anniversary, we’ll start to lose members of the group. It’s pivotal that we catalog these resources and preserve that history.”

Get to Know Oak Ridge

Want to learn more about living and working in Oak Ridge, TN? Check out the latest edition of Livability Oak Ridge, Tennessee.