How the NCAA Selects Its March Madness Host Cities

It's not just drawing names out of a hat 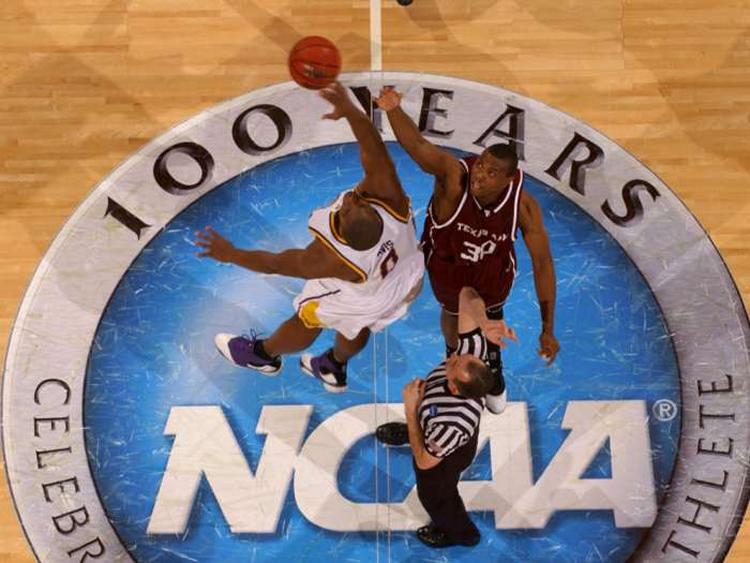 Every spring, March Madness sweeps its way across the United States, as the annual NCAA basketball tournament captivates the nation. But unlike most championship sporting events, which are confined to a small number of locations, the NCAA basketball tournament takes place in more than a dozen cities, with the sites changing yearly. Thousands of fans crisscross the country in order to watch their favorite team, and millions more follow the action on television and through the Internet, making the tournament one of the most sought-after events for potential host cities.

“It’s a chance to brand your city and offer the people in your city a great event that really is different than anything else,” says Joel Lamp, interim director of sports and entertainment for the City of Jacksonville, which hosted March Madness games in 2006 and 2010 and is scheduled to do so again in 2015. “And it has a huge economic impact as well. You’re getting people from all over the country to come to your town. For a lot of these people, it’s their first chance to experience your city.”

The first four games of the 68-team, single-elimination tournament are held in Dayton, Ohio, cutting the field to 64 teams. Second- and third-round games are then held in eight cities (reducing the number of teams to 16), followed a week later by the regional semifinals and finals in four locations. The tournament culminates at a single site with the Final Four, which determines the champion.

Cities bid several years in advance for the opportunity to host one of the tournament rounds. The NCAA currently is analyzing bid information to host tournament games in 2016, 2017 and 2018, with final site selections expected to be announced by the end of 2014.

It's basically Match.com, but for cities

Prospective hosts must submit a proposed budget, fill out a facility questionnaire that includes a facility diagram and photos, detail a safety and security plan, and provide a certificate of liability insurance. According to NCAA guidelines, the primary criteria in evaluating the sites are the quality and availability of the facility and other necessary accommodations; revenue potential; attendance history and potential; geographical location; and operating costs. In addition, greater consideration may be given to sites with the highest frequency of daily airline arrivals and departures.

“The key is making sure your facility meets all their specifications, from a seating-capacity standpoint (at least 10,000 seats) to amenities such as suites to making sure you can accommodate the media and press conferences,” Lamp says. “Then you have to reach out to your hotels. You need a tournament headquarters hotel, and then for second- and third-round games you need eight team hotels. You have to put together room blocks for each team, as well as for their fans, band and cheerleaders.”

It might seem like a lot of work in order to secure a fleeting moment of madness, but Lamp says it is well worth the effort. “It’s an opportunity to be a part of one of the greatest sporting events in the world,” he says. “It’s just a special event that any city would want to have.”