Go There: A Fun-Filled Weekend in Atlanta, GA

Get your fill of fun and food in the Big A. 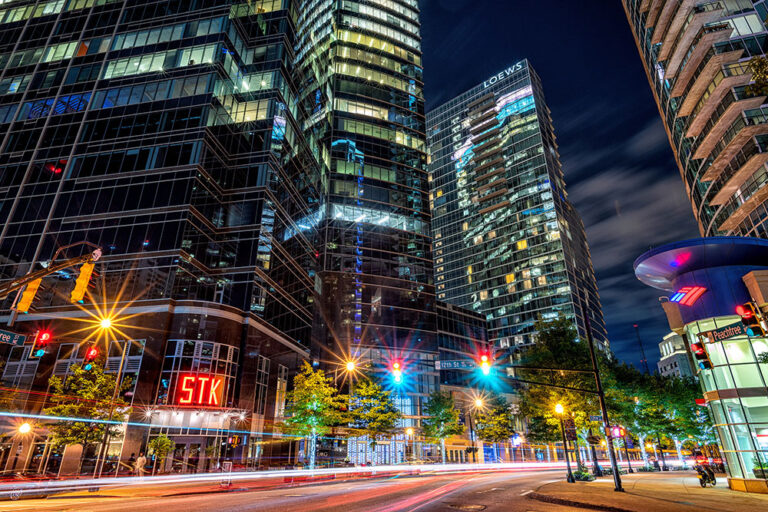 Welcome to Go There, a Livability.com series about travel and how to maximize your time in some of our favorite cities. Do you have a place in mind we should visit next? Let us know!

You know this vibrant Southern city for its deep musical roots, professional sports teams and emerging reputation as a film production hotspot, but Atlanta is also teeming with delicious restaurants, fantastic hotels and an arts scene unlike any other! 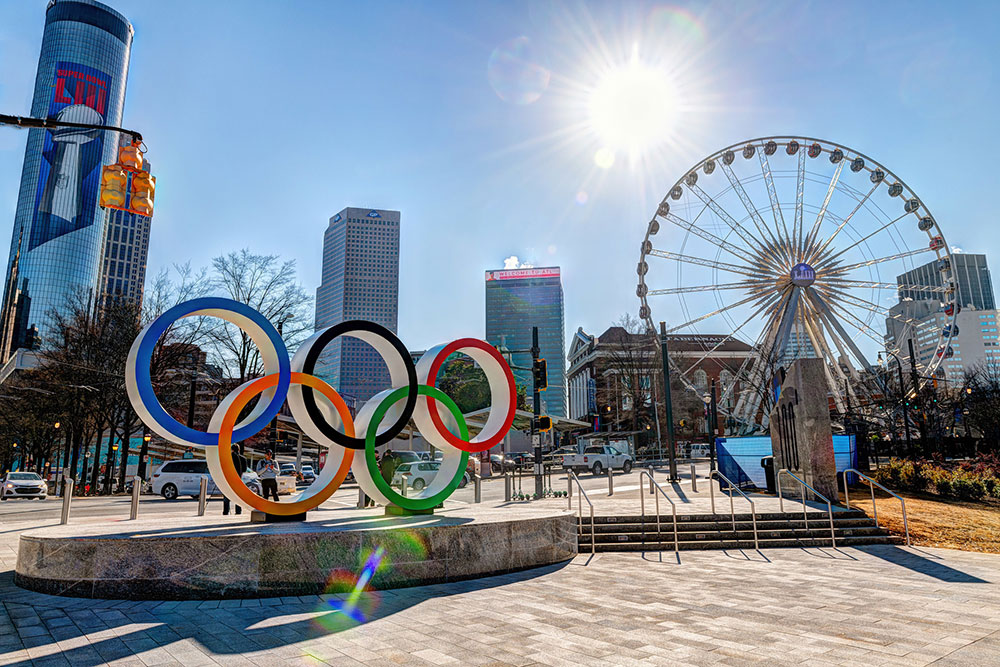 Rising high in the Atlanta skyline is the Westin at Peachtree Plaza. Convenient, cool and breathtaking views? Count us in. The Westin is within walking distance to some of the city’s major players — Centennial Olympic Park, the World of Coca-Cola and the Georgia Aquarium. While you’re there, travel up 73 floors to The Sun Dial and take in gorgeous, sweeping views of the city. Your ears might pop on the way up but the views are totally worth it!

Looking to go all out? Downtown convenience meets upscale luxury at the Ritz Carlton-Atlanta A stone’s throw from Mercedes-Benz Stadium, the Ritz offers guests an opulent place to rest their heads and some of the finest dining in town. But, seriously, check out the AG downstairs if you’re looking for the best steak dinner of your life!

Family-friendly in Sin City? We promise this isn’t a joke!

Last, but certainly not least, is the Atlanta Marriott Marquis. If you walk in and feel like you’ve seen this place before, it’s because you have! Several movies have shot interior scenes at the hotel, including The Hunger Games and scenes in various Marvel films. Additionally, the lobby, designed by acclaimed architect John C. Portman, is one of the most photographed hotels in all of Atlanta and once held the world’s highest atrium title. It’s seriously incredible. Also, dining at the hotel is a delight for the senses and they even harvest their own honey on-site and it tastes like liquid gold. 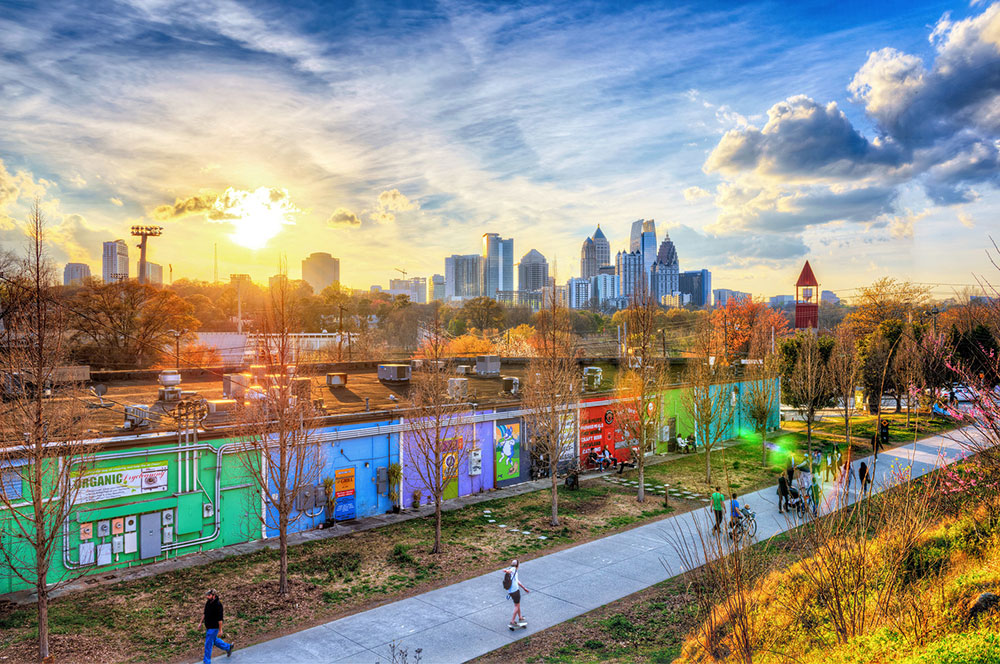 We’d be remiss if we didn’t encourage you to take a walk along the BeltLine to explore the city. The BeltLine is a sustainable redevelopment project that will ultimately connect 45 neighborhoods via a 22-mile loop of trails, parks and streetcars. Along the way are tons of breweries, restaurants and places to shop.

Suppose you’re looking to explore some of the sights that Atlanta offers. In that case, we recommend purchasing a CityPass, which includes mainstays like the World of Coca-Cola, Zoo Atlanta, Georgia Aquarium and College Football Hall of Fame.

Most importantly, there’s a lot to learn in Atlanta. The city is rich in history and a landmark of the Civil Rights Movement. The National Center for Civil and Human Rights is a great place to start. The Center, which opened in 2014, has an installation of both permanent and temporary exhibits, featuring stories and first-hand accounts, literature and artifacts belonging to Dr. Martin Luther King, Jr. and both historical and contemporary examples of the struggle for human rights around the world. You can also visit the birth home of Dr. King and the historic Ebenezer Baptist Church, where he became a minister and preached promoting peace and nonviolence.

Prepare to be wowed when you visit Atlanta. The culinary scene is unreal here and there is something for every dietary need and will even impress the pickiest of eaters.

Highland Bakery is one of the most beloved spots in the city and is a bakery created by generations of bakers. From a cup of joe to fried chicken benedict (get this – you won’t be sorry!), the bakery serves creature comforts and southern staples for breakfast, brunch and lunch.

Family-owned and operated Amore e Amore is hands down the best Italian food in the city. The restaurant is owned by the same people and housed in the same space as the since-closed but much beloved Il Localino and is a mainstay for ATLiens. The menu is seasonal and ingredients are sourced from Italy and local farms, so it’s as authentic as they come. Be sure to make a reservation for the evening and stay for drinks and delicious food all night.

What to do, where to stay, and most importantly where to eat in Sacramento, America’s farm-to-fork capital.

Want to try something on the lighter side? Upbeet is a must. Everything here is organic, colorful and, most importantly, delicious. (Writer’s Note: I’ve been known to make a pitstop an hour out of the way on the way home from a road trip and always get a bowl to go whenever I visit friends in the area… it’s that good!)

Some other foodie favorites? Hell Yeah Gluten Free, Sotto Sotto and Bar Mercado. If you’re looking for a cocktail, we recommend Lingering Shade, Ormsby’s and Ladybird Grove & Mess Hall. If beer is more your speed, there’s plenty of places for that, too — New Realm Brewing, Scofflaw Brewing Co. and Sweetwater Brewing Co. all have great beers on tap. 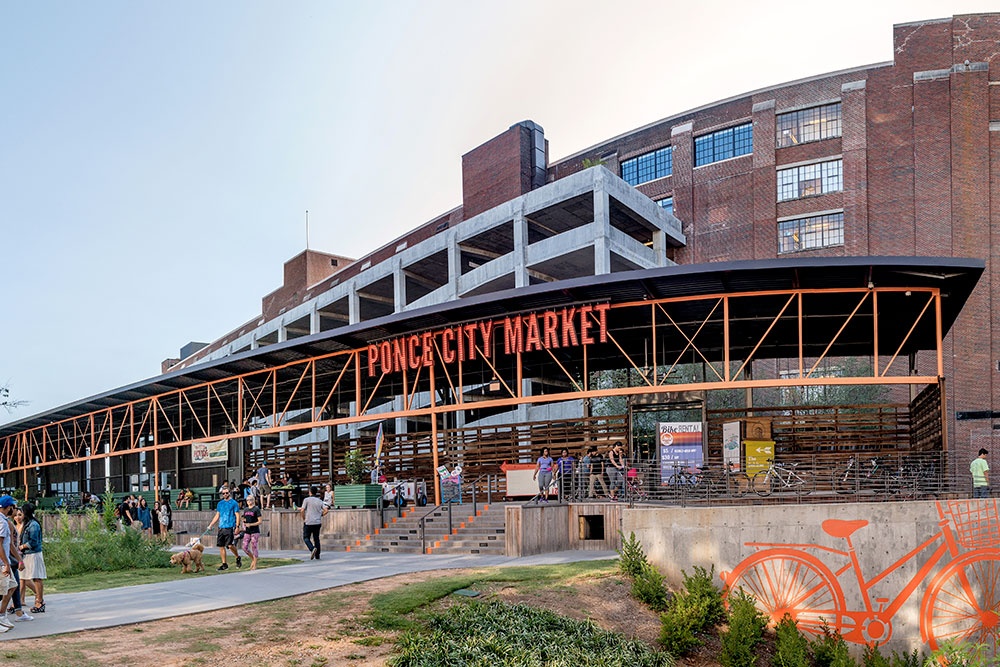 While touring the BeltLine, be sure to stop into Krog Street Market and Ponce City Market. Krog is a 9-acre mixed-use development located in Atlanta’s Inman Park and home to several restaurants and retailers, including XocolATL, specializing in small-batch chocolates, and The Merchant, a one-stop-shop for all of your gifting needs.

Just down the road is Ponce City Market, housed in a converted warehouse distribution center and is now a food hall, retailer and living space. Explore some familiar favorites or some locally loved stores. Some of our favorites? Archer Paper Goods for the funniest cards and best stationery, JJ’s Flower Shop to build your bouquet or pick out some pre-arranged stems and Posman Books, an independently owned bookstore hailing from NYC. Before you leave, try a Slush-Tail (you read that right, a boozy slushie!) from King of Pops. 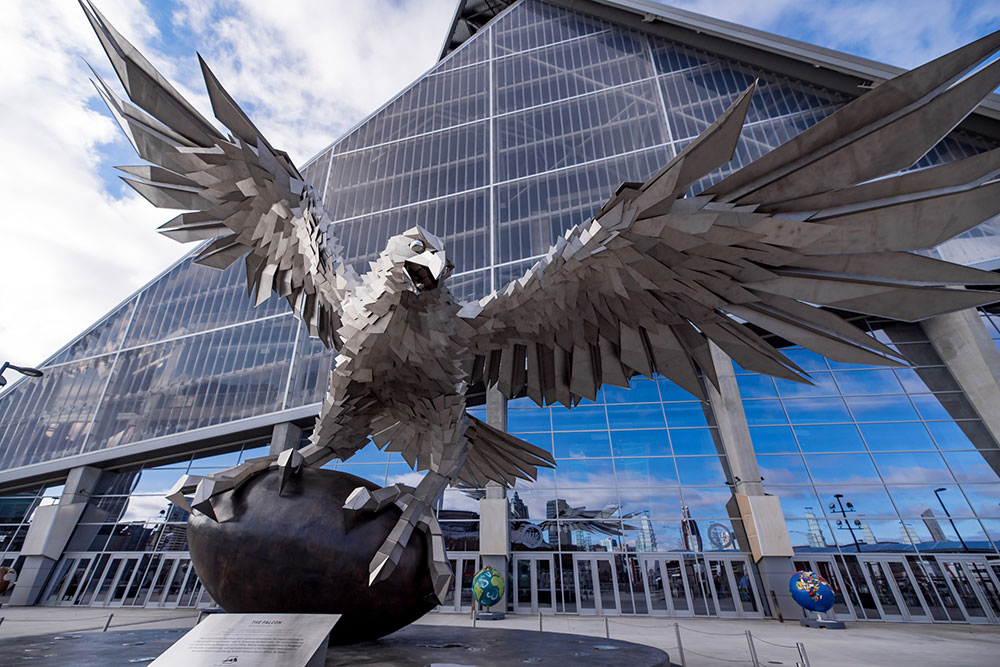 The Falcons and Atlanta United share a home at Mercedes-Benz Stadium, which opened in 2017 and is one of the most impressive stadiums in the country. The Hawks play just next door at State Farm Arena and the Dream is also nearby at the brand new Gateway Center Arena. Finally, 10 miles north of downtown is Truist Park, the home of the Braves.

If you can’t make it to the game, that’s okay! There are tons of great places to cheer on your favorite teams around the city. Hampton + Hudson, STATS and Park Tavern are all great spots. (Psst, Park Tavern is known for having $1 drafts if it rains…but that’s our little secret!) 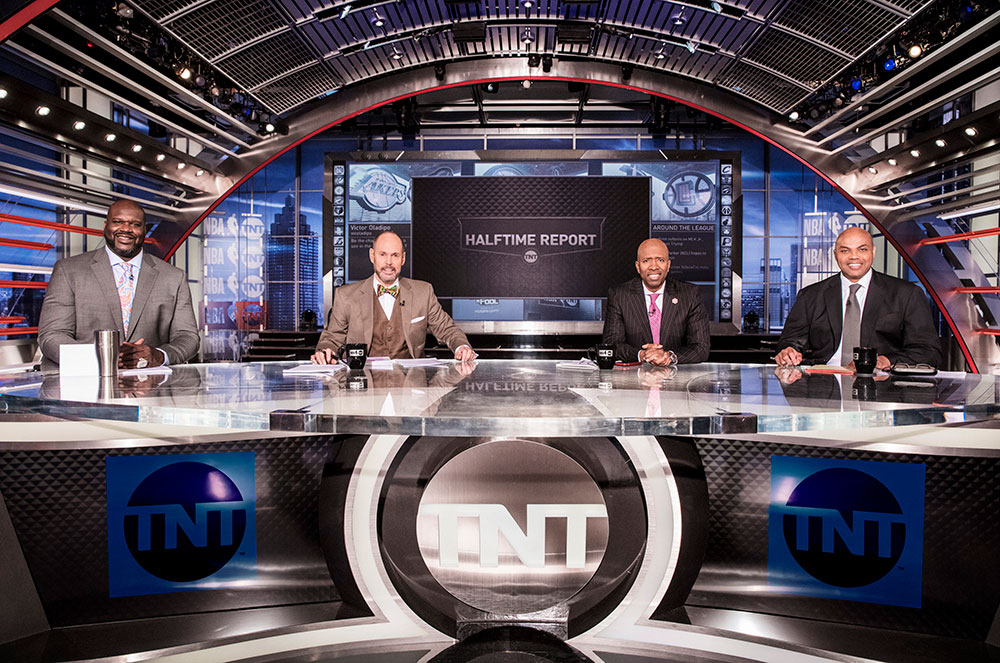 Sports are ingrained into the culture of Atlanta, even outside of stadiums and sports bars. Turner Broadcasting, a part of media magnate WarnerMedia, is headquartered in the city and shows like Inside the NBA on TNT are in production here.