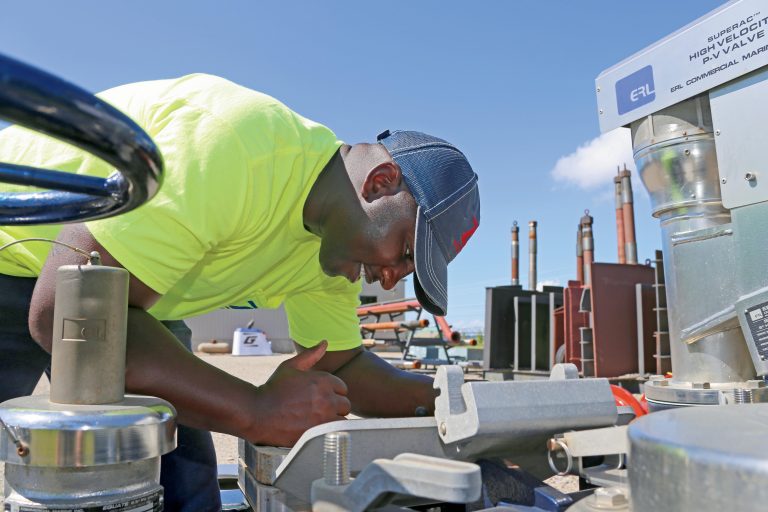 The Jackson region has become a hotbed for research leading to solutions to some of the nation’s toughest civil works and engineering challenges thanks to the work being done by the U.S. Army Engineer Research and Development Center and the Institute for Systems Engineering Research at Mississippi State University.

Research that leads to solutions for some of the world’s toughest civil works and military engineering challenges takes place at a quartet of U.S. Army Corps of Engineers research facilities in the Jackson Metro.

The U.S. Army Engineer Research and Development Center (ERDC) is the science and technology arm of the U.S. Army Corps of Engineers. The ERDC’s seven laboratories across the country conduct valuable research in the areas of military engineering, geospatial research and engineering, environmental quality and installations and civil works and develop technology to ensure the Army maintains its state of readiness.

Four of the ERDC labs — Coastal and Hydraulics, Geotechnical and Structures, Environmental, and Information Technology — are located in Vicksburg, where scientists and engineers tackle a number of challenges, including flood management and levee construction, water conservation, the environmental impact on aquatic and wetlands ecosystems and the security of the nation’s infrastructure.

ERDC, which is headquartered in Jackson, was established in 1929 in response to devastating Mississippi River flooding two years earlier.

“We are still in the problem-solving business as it relates to our nation’s waterways, aging infrastructure and the environment, but over the years, our program has grown to include support to our military,” says says Dr. David W. Pittman, ERDC director. “About 80 percent of our research is conducted for the military and about 20 percent for civil works. The solutions we provide to keep our warfighters and civilians safe are being used in real-time in military operating environments around the world.”

How Jackson, MS Became a Leader in Business

The ERDC is expanding its footprint in the region. Construction is nearing completion on a new $47 million, 142,000-square-foot building for the Geotechnical and Structures Laboratory in Vicksburg that will include 4,500 square feet of classroom space; a 500-seat auditorium; a 100-seat conference room; a 50-seat video/teleconferencing room and a 6,350 square foot archival library.

And ERDC is expanding in other ways. In 2016, the ERDC said it would be hiring 800 new workers over the next five years, 300 of them into new positions and the remainder to fill positions of retiring workers.

In addition to working with every branch of the military, ERDC collaborates with numerous federal agencies, such as the Environmental Protection Agency, Department of Homeland Security, Department of State and the Department of Transportation. The ERDC also works with many of the state’s colleges and universities through research partnerships on specific projects. Pittman says the ERDC is involved in the transfer of regional talent by hiring professors and students for short-term and intern employment and by offering the expertise of ERDC engineers and scientists to college and university curriculums.

The ERDC partners with Mississippi State University, for example, to operate the Institute for Systems Engineering Research (ISER) on the campus of the ERDC’s Geotechnical and Structures Laboratory. Researchers with ISER work to develop next-generation tools to resolve issues in engineering, design and process systems for the military and for the region’s industries.

“When you think of Nissan or you think of Toyota or Ingalls Shipyard or any big manufacturing facility, there’s a lot of industrial engineering practices going on there in support of systems engineering, because at the end of the process, they’re going to produce some product, some system, to fulfill their customer’s requirements,” says Randy Jones, director of the ISER.

Jones says much of the research and development efforts at ISER can directly benefit the region’s economy.

“There’s a transition from the R&D to the applied to the acceptance and application within industry. That’s the goal,” he says. “In 2015 and part of 2016, we were able to create 40 jobs with our projects and through our interactions with those industries. The total investment impact was about $900,000.”