From Scranton to Wetumpka, meet the small towns who found major success thanks to tv and entertainment. 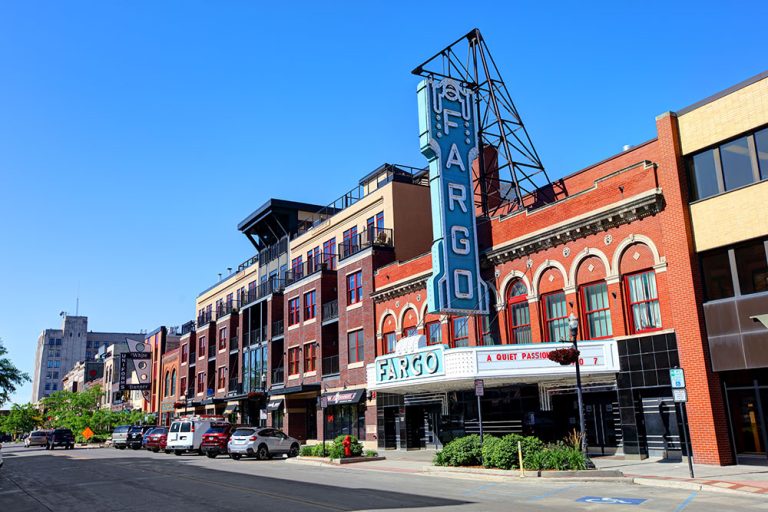 Between our busy work schedules, social activities and everyday tasks, we fill our time flipping through best-selling novels, binge-watching popular TV shows or absorbed in the storylines that unfold during the latest must-see movies. While all entertaining, we take the details being presented to us, and we form an opinion — a teacher’s workday looks like this or people from rural Tennessee act like this — that we tend to keep until presented with additional information.

Since cities, regions and states are kind of our obsession (have you checked out our latest Top 100?), we questioned how perceptions formed from reading books and watching TV shows and movies affect the communities they are based on. So to get to the bottom of things, we went straight to the source and talked with three leaders who represent cities associated with a particular TV show or movie.

If you are anything like us, you were glued to your TV every Sunday when a new episode of Home Town Takeover, a spinoff of Ben and Erin Napier’s show called Home Town, aired on HGTV in 2021. These college sweethearts from Laurel, MS, “took over” Wetumpka, AL, and completed renovations throughout the city.

Prior to selecting Wetumpka, the show announced in early 2020 that communities all over the country could submit entries explaining why the Napiers should come and renovate their town or city. Shellie Whitfield, executive director of the Wetumpka Area Chamber of Commerce, says she, along with the mayor and the Main Street Wetumpka director, submitted a video.

“Basically, (the video was) just saying, ‘We love this place. And this is what we’re already doing. And we’re working together. And gosh, we could really use your help because we have all this potential.'”

And in July of 2020, from a huge screen hung on the outside of the chamber building, the whole city found out they would soon be the subject of Home Town Takeover.

“When the show aired in May and June, (tourism) was too much. We could not handle it. About 10:30 in the morning, the restaurant that had been on the show — people would start lining up, and the line would go all the way across the parking lot into the street…”

“We just felt so incredibly blessed, and we didn’t really know what that was going to look like. We just knew they were going to come help,” Whitfield says.

Projects included 12 major renovations to restaurants, shops, historic homes, public spaces, and even the addition of a new farmers market, which Whitfield says had been in the community’s long-range plan.

“The day they said they were going to build us a farmers market, I sat on the floor in my house and cried,” she says.

And while the renovations largely impacted the community, there have also been great ripple effects. Whitfield says numerous new businesses have moved in (so many so that there is hardly available space left to rent), Airbnbs are being built downtown, and tourism has skyrocketed.

“When the show aired in May and June, (tourism) was too much. We could not handle it. About 10:30 in the morning, the restaurant that had been on the show — people would start lining up, and the line would go all the way across the parking lot into the street…,” Whitfield says.

Tourists were even being turned away from businesses.

“Our restaurants can only feed so many people. We can’t handle 10,000 people a month in downtown Wetumpka, which is what we were seeing,”

Today, Whitfield says that while tourism has gone down some, “it’s still really good.”

“There’s never a day that I don’t have tourists from all over the world,” she says.

Michael, Dwight and the whole gang at Dunder Mifflin Paper Company made us laugh till we cried from 2005 to 2013 (or the six weeks it took us to binge-watch all nine seasons in 2020). But during the early years, when the show was first gaining its foothold, the Scranton community saw things a little differently, according to Mari Potis, the director of membership and events for The Greater Scranton Chamber of Commerce.

“Everybody was like, ‘they’re going to make fun of Scranton,'” says Potis, who was involved with the show before the pilot through all nine seasons.

Before The Office began, the prop master reached out to the chamber for a membership plaque to include on the set (since every Scranton business belonging to the chamber has a plaque), and from then on, part of her job was assisting the show with product placement of all Scranton-based products. In other words, if NBC wanted to include a local pizza joint in an episode, Potis would reach out to one in the community and ask for some of their custom boxes to be used as props.

“I was the advocate…” Potis says. “I would tell everybody, ‘Hey, we could be the next Seinfeld.’ I literally would use that exact analogy because I had to have everybody sign the NBC waiver, which some people thought they were signing their life away, the rights to their company away…even my own boss, the mayor of Scranton, the newspaper, like everything — that first year was begging. It was straight-up begging for people to have hope, faith, something…”

“They want to be part of everything Scranton they can get their hands-on, and they come here to spend that money in our town. It’s absolutely amazing.”

Mari Potis, the director of membership and events for The Greater Scranton Chamber of Commerce.

But once the show won its first Emmy in 2006, Potis says more of the community jumped on the bandwagon (although the community at large wasn’t entirely on board until the wrap party in 2013).

“It became a thing where people would seek out to try to get their props on the show,” she says.

And because the show tried hard to ensure authenticity, many companies did, from Poor Richard’s Pub to Froggy 101.

“I think it’s a little bit different than other shows that take place in the city,” Potis says. “Scranton and the TV show The Office truly became one through the years.”

Little by little, tourism not only grew, but exploded.

Potis says people come from all over for Office-themed conventions, birthday parties and even weddings.

“A young man and his dad came up in March this year to celebrate his 21st birthday in Scranton,” she says. “To have his first drink at the one bar in Scranton that is seen on the show.”

And the show has and continues to have a considerable impact on the city’s economy.

“The people do come from everywhere, so they are staying in our hotels…they are definitely going to all the restaurants…,” Potis says. “They want to be part of everything Scranton they can get their hands-on, and they come here to spend that money in our town. It’s absolutely amazing.”

Joel and Ethan Coen’s film Fargo, a crime drama, brought chuckles and a bit of suspense to screens back in 1996. The movie mostly took place in Brainerd, Minnesota, but Fargo is where one of the main characters, Jerry Lundegaard, meets the men he hires to kidnap his wife. And since it was released, the name — and location — of this southeastern North Dakota city has become recognizable.

“It did put our name on the map,” says Danni Melquist, director of marketing for the Fargo-Moorhead Convention & Visitors Bureau (CVB). “I would say it’s part of the identity. I mean anyone you meet when you’re out traveling will be like, ‘Oh, that movie!'”

Melquist says Fargo Theatre, located downtown, had showings of the movie when it first came out, and different events were held around the community.

“It did put our name on the map…I would say it’s part of the identity. I mean anyone you meet when you’re out traveling will be like, ‘Oh, that movie!'”

But what has really sparked peoples’ interests is the memorabilia all over the city. The Fargo Theatre, for example, has an 8-feet-tall chainsaw carving called Wood Chip Marge, and the CVB boasts the woodchipper from the movie (it has its own Facebook page, by the way), which it acquired back in 2011. Other items at the CVB include photos, the original screenplay, a limited-edition snow globe and more.

“People are rerouting their trips to come to Fargo to see (the woodchipper) or just to see the city,” Melquist says.

While tourism has increased due to the film and memorabilia, Melquist says the community’s reaction has not always been positive.

“It kind of depends on who’s in the marketing department (of the CVB) at the time. Some people truly don’t want to identify with it at all. The city is very different than how the movie portrays it, so there has been a little push back. But I think over time, we’ve definitely realized that it’s a good way to start the conversation and get people interested in the area.”