Skip to content
Home > Education, Careers & Opportunity > The 5 Best Cities for Freelancers in 2020

The 5 Best Cities for Freelancers in 2020

It's tough out there for a freelancer. Luckily, these cities offer moving incentives, friendly tax rates and tight-knit creative communities for support and inspiration. 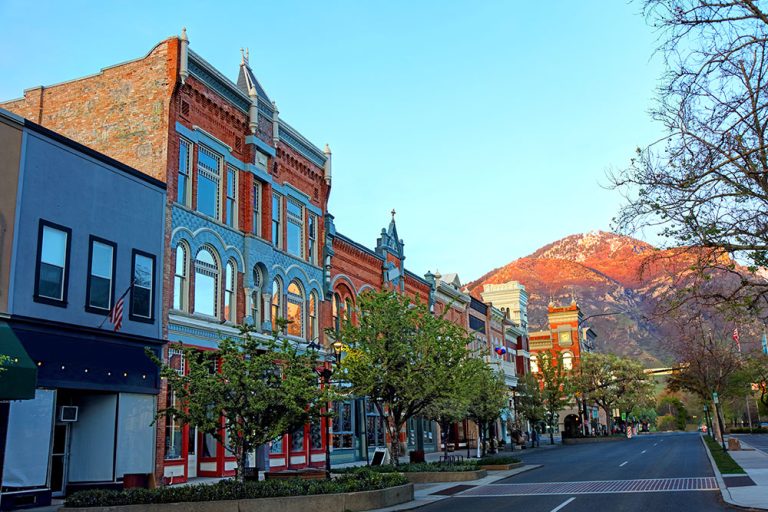 The gig economy in California came to a near screeching halt when California Assembly Bill 5 went into effect on January 1, 2020, making it difficult if not impossible for companies to hire freelancers on as independent contractors – complicating life for professionals like musicians, translators, writers, coders and photographers who rely on contract work for their livelihood. Although the bill was designed to convert contract workers into employees with benefits, freelancers are already seeing the opposite result, with companies like Vox Media dropping contracts with a slew of California-based writers and editors, and hundreds of independent contractors reporting losing all of their work or having difficulty in general.

While freelancing is expected to be the majority of the U.S. workforce by 2027, it doesn’t look like this trend of gig economy restrictions is stopping with the Golden State: New York, New Jersey and Illinois are all planning to follow in California’s footsteps with bills of their own to replicate AB5.

Are you a California freelancer currently looking to relocate for the sake of your business? Or maybe you live and work elsewhere but you’re just looking for a change of scenery in 2020? Here are five freelancing-friendly cities around the country, all of which offer things like moving incentives, low tax rates, high percentages of freelancing workers and, of course, great places to hang out and enjoy the city when you’re in between projects.

Freelancers who are in search of a new home should give the Sooner state a second look – and specifically at its second largest city, Tulsa. The city made headlines in 2018 when it launched its innovative Tulsa Remote program, which promises $10,000, a membership at a local co-working space and assistance finding housing to remote workers who are willing to make Tulsa their new home for a year (with the hope that they’ll make it their permanent residence).

Read More: We talked to two people who were paid $10,000 to relocate to Tulsa.

And if the incentives of the Tulsa Remote program aren’t enough to entice you, know that you’ll be in the company of many other freelancers in Tulsa, with 5.4% of the population classified as self-employed and 11% of the population reporting self-employment income, according to the American Community Survey. Taxes and general cost of living are also less of a financial burden to Tulsa freelancers, with a top marginal tax rate of 5% and a cost of living that’s eight percent below the national average.

But beyond being a freelancing haven, Tulsa is, in general, a good place to hang your (cowboy) hat. From the Gathering Place – the city’s new community center/66.5-acre park with 100 attractions – to world-renowned art museums and a stocked craft beer scene, Tulsa has all of the benefits of big-city living without the expense.

Home to one of the original freelancers – Edgar Allan Poe, who was the first author to try to make a full-time living from being a professional writer – Baltimore still makes an ideal location for writers, photographers and other creatives who are self-employed. In fact, according to a recent study, Baltimore has one of the largest shares of creative freelance workers in the country, with 19.2% of their freelance workforce providing creative services. It’s also not a bad place to be if you’re a tech freelancer, ranking no. 14 in the top 20 urban markets for tech in early 2019.

But what sets Baltimore apart from other freelancing-friendly cities are the home-buying and moving incentives that the city offers, making it an ideal place to not only keep your business running but also an affordable place to plant down roots. The Vacants to Value Homeownership program gives eligible homebuyers $10,000 towards closing costs when purchasing a formerly vacant home and the Buying into Baltimore program gives homebuyers $5,000 when purchasing a home within Baltimore City limits.

Read More: Get the full scoop on Baltimore’s home-buying incentives.

Boise, Idaho not only ranked no. 1 on Livability’s Top 100 Best Places to Live List last year, but it also earns a spot on our Best Cities for Freelancers to Move To this year. With a whopping 6.7% of employees identifying as self-employed and 15% of the population reporting some sort of self-employment income according to the American Community Survey, it’s safe to say the city has an undeniable entrepreneurial spirit.

Their booming tech sector has made Boise one of the top five places to start a business and the low cost of living (around eight percent lower than the national average) is drawing transplants from all over the country. The state income taxes aren’t too bad in Boise, either–with a 6.925% tax rate on incomes over $11,554.

Boise State, the city’s flagship university, is also doing their part to pave the way for future entrepreneurs and self-employed workers with their Venture College Incubator, a 10-week program that helps students launch a business (or gain momentum in an existing business). Another enticing draw to Boise’s freelance scene is Trailhead, which is a unique coworking community that provides a space to work and also a community with mentorship and business partnership.

And when you’re not slugging away at your day job, Boise has beautiful hiking trails, unbelievable mountain views and a vibrant arts community to keep you busy on the weekends.

The lone star state in particular is an easy place for freelancers to call their new home because of one huge advantage: No state income taxes. But while there are plenty of big Texas cities freelancers could migrate to (i.e. Austin, Houston or Dallas), Fort Worth affords a better lifestyle overall for independent contractors.

According to a 2016 study from Nerdwallet, Fort Worth has a large community of freelancers, with 6.4% of the city’s workers identifying as self-employed, which is slightly larger than the rate in Dallas – its neighbor on the east side of the metroplex – at 5.9%.

Though the cost of living is roughly the same in both cities, rent in Fort Worth is generally cheaper, coming in at around $1,100. Fort Worth was also no. 43 on a list of the 100 best coffee cities in the U.S., which means there will be plenty of pour-overs to fuel you for your deadline and spaces to work when you don’t feel like staying at home.

Besides the large community of self-employed workers and the lack of state income tax, the “city of cowboys and cultureâ€ has a lot to offer a recently-relocated freelancer. Fort Worth is home to several museums – including the trifecta of the Kimbell Art Museum, Amon Carter Museum of American Art and the Modern Art Museum of Fort Worth – and has unique attractions like the Water Gardens and the Fort Worth Stockyards National Historic District, which still has a daily cattle drive and the world’s largest honky-tonk (AKA Billy Bob’s).

The greater Provo metro area is one of the fastest growing areas in the country – and a potential dream location when you’re an independent contractor. With a low, flat state income tax rate of 4.95% and a cost of living that’s two percent below the national average, Provo will be light on your wallet (helpful when you’re waiting on a client to come through with a payment).

Provo has a fairly large self-employed population – 3.7% according to the American Community Survey – and around 15% of the population reported some kind of self-employment income, likely due to its general atmosphere of entrepreneurship. In fact, did you know that a dozen entrepreneurs from “Shark Tankâ€ are from Provo?

In addition to all of the business pros for freelancers, Provo is routinely named one of the best places in the country to live thanks to its overall high-state of well-being and remarkably beautiful and peaceful surroundings. When freelancers aren’t busy meeting a deadline, they can hike the Bridal Veil Falls, admire the views at Provo Canyon or head about 20 minutes to Sundance Resort, which is the no. 1 ski resort in North America and home to one of the most famous film festivals in the world.

Read More: See where Provo ranks on Livabilty’s list of the Best College Towns in America.