5 Presidential Campaign Stops That Are Also Awesome Places to Live

These cities might be best known as the backdrops for presidential campaigns, but they're definitely worth a closer look. 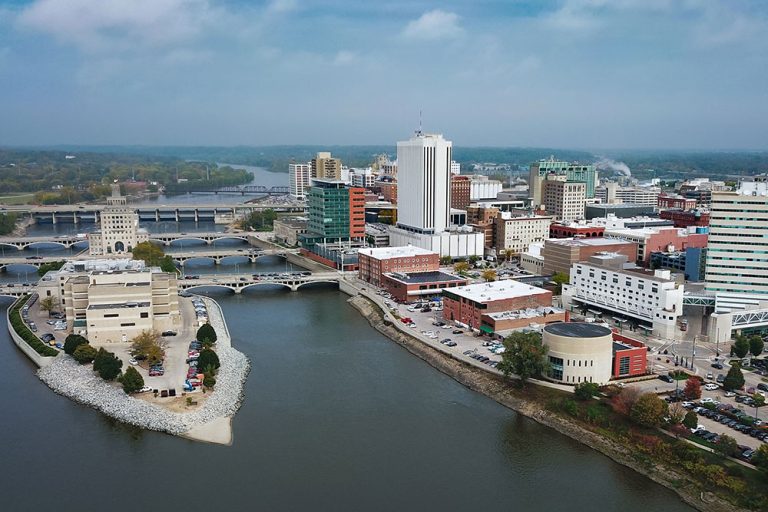 Every four years, presidential hopefuls put a select handful of cities in Iowa and New Hampshire into the political spotlight as they visit before the first caucuses and primary votes are held. While most of the country only sees these places as backdrops for town halls and baby-kissing photos (not to mention rousing speeches delivered on coffee shop counters), take a closer look, and you’ll find these cities have a lot more to offer than early poll numbers.

If you pay any attention to presidential races, you know that the Iowa caucuses are one of the most watched political events of the election – and politicians race to make their campaign announcements so they can start traveling all over the state of Iowa, eager to impress the discerning Iowa voter.

Located in northwest Iowa with a population of just 82,000, Sioux City has always been a hotspot for ambitious presidential candidates; just recently it’s been visited by the likes of Bill De Blasio and JuliÃ¡n Castro.

Outside of the political sphere, however, Sioux City is a town that’s steeped in history, which you can learn about by visiting the interactive Lewis and Clark Interpretive Center, taking a walking tour of the historic 19th century Romanesque-style commercial buildings on Fourth Street or perusing the exhibits on early Native American life on the Missouri River at the Sioux City Public Museum.

If politics don’t make your heart rate rise, the sports scene in Sioux City just might. Local fans can cheer on the Sioux City Bandits, the professional indoor football team or root for the Sioux City Explorers (nicknamed the X’s), which is a professional baseball team in the American Association of Independent Professional Baseball.

When not serving as the launching point for presidential campaigns, Manchester, which earned a place on Livability’s 2019 Top 100 Best Places to Live list, is a quintessential New England town that’s filled with the two things that all New Englanders love: sports and food.

And when you’re not obsessing over the scoreboard, you can satisfy your sweet tooth at Dancing Lion Chocolate, which has been named one of the top chocolatiers in North America – or dive into some succulent pan-seared crab cakes or grilled lamb steak at one of Manchester’s favorite trendy eateries, Cotton.

When you’re running for president, it’s an essential that you make a pit stop or two in Iowa’s capital city, Des Moines. In the last few months, Democratic candidates like Cory Booker, Kamala Harris and Bernie Sanders have greeted crowds and laid out their platforms for 2020 at Des Moines landmarks like the Iowa State fairgrounds and Drake University.

But even when the city isn’t abuzz with campaign visits, Des Moines is a modern, artistic city that’s got a food scene comparable to those on the coasts – and it’s affordable to boot, routinely ranking on Livability’s Top 100 Best Places to Live list.

Practically the inventors of the farm-to-table movement, the Des Moines restaurant scene is filled with farm-fresh, locally produced meat and vegetables at hot spots like Aposto, where modern cuisine is served inside an 1880 Victorian mansion or at trendy downtown HoQ, where the chefs showcase the work of Iowa farmers through a globally-inspired menu.

When you’re not eating in Des Moines, it’s likely that you’ll be looking at or experiencing art. Whether you’re Instagramming your way through the eclectic John and Mary Pappajohn Sculpture Park or attending a jazz brunch at the Des Moines Social Club, you’re bound to find culture on every corner of the city.

Portsmouth – a picturesque town located right on the New England seacoast – is always on the political map during presidential races. In February, Senator Kamala Harris from California braved a snowy Portsmouth evening to hold a town hall, solidifying its importance in the presidential primary battle.

When Portsmouth doesn’t have political rallies or presidential pancake breakfasts scheduled, it’s a haven for those who love to be on the water – whether you’re getting some sun and learning some history on the Portsmouth Harbor Cruises or paddling on the Little Harbor Basin on a midnight kayak ride.

You can also get a dose of history as well as some retail therapy in at Portsmouth’s Market Square, which is home to several local shops and restaurants – and has been the city’s main commercial space since the mid-1700s.

Located in eastern Iowa, Cedar Rapids – population 132,000 – is the second largest city in the state and often plays hosts to presidential candidates who are reeling from marathon campaign stops before the caucuses. Hopefuls like Beto O’Rourke and Amy Klobuchar have recently swooped into the city, trying to make connections with Cedar Rapids voters at their rallies and political events.

In the off-political season, however, Cedar Rapids – nicknamed “The City of Five Seasonsâ€ – is known as an art and culture hub with plenty of natural beauty that locals and visitors can enjoy year-round. Are you surprised to hear it also earned a spot on Livability’s Top 100 Best Places to Live list this year?

Take a peek inside Grant Wood’s studio (where he painted the iconic “American Gothicâ€) or take in the largest collection of his work at the Cedar Rapids Museum of Art. In Cedar Rapids, you can also celebrate Czech and Slovak history and culture at the National Czech & Slovak Museum & Library, which is now a Smithsonian affiliate.

When you’re not immersing yourself in the culture or history of Cedar Rapids, you can take a break and enjoy the Midwestern scenery at one of the city’s 97 parks and trails, which comprise an impressive 4,000 acres of land. 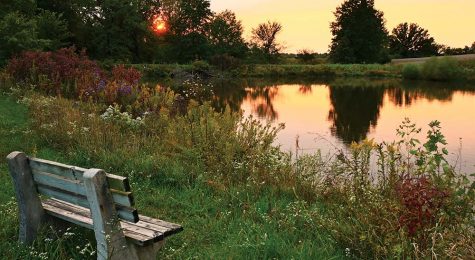