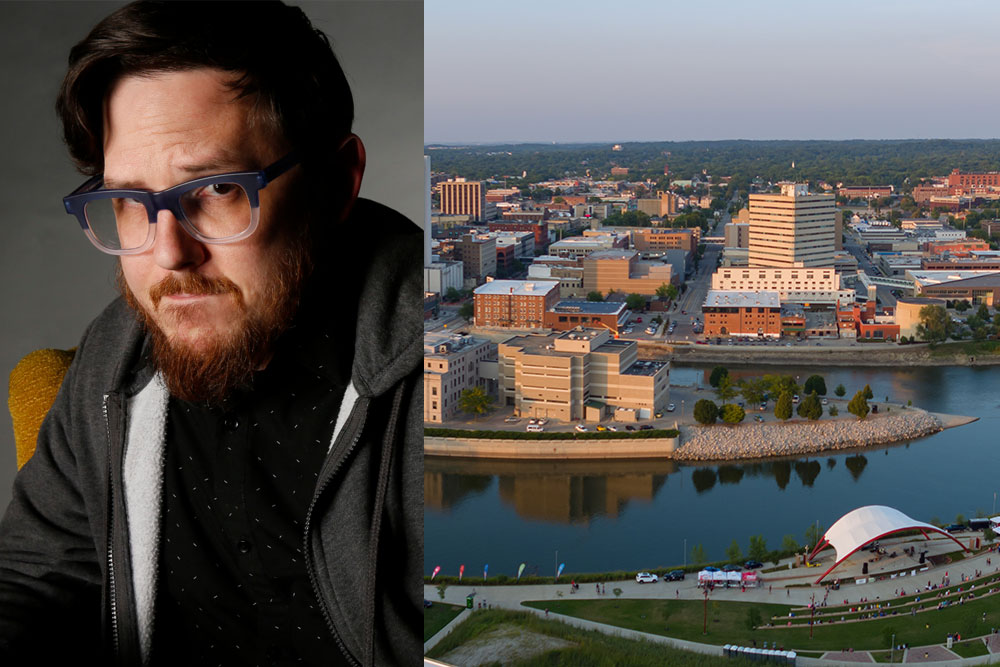 How long did you live in LA? 9 years

Where did you move? Cedar Rapids, Iowa

I came to a crossroads in LA, both personally and professionally, where I could keep toiling at some of the things I was tired of in the music industry or in commercial photography, or make the leap back to Marion/Cedar Rapids, and into jewelry design full-time.

What’s the difference in your rent/mortgage payment in LA vs. Marion?

In Iowa, I just moved out of a place where I paid $750 for a 1,500-square-foot spot upstairs, overlooking the city center in a historic building. I moved to a bonkers mid-century dream house on 1.4 acres on the outskirts of Cedar Rapids for a mortgage of $1,700.

It was a big change in that I lost a lot of easy opportunities to work on fun stuff with folks (in photography, film and music projects). But at the same time, in my position here, I’ve been able to work on some high-level jewelry design and manufacturing projects with industry leaders and folks making the tools that are changing the jewelry industry. I’ve also gained the space and the time to experiment with a lot of photographic processes here that would’ve been really hard in LA apartments.

What’s something creative you’ve been able to pursue in Marion that may not have happened in LA?

I’m back on the radio! I run the board that oversees my old college radio station at the University of Iowa, KRUI, so I get to pop on and do a show during semesters when I can take time to go play.

I’ve also been able to be involved in city government on a few different levels — something that never would’ve been possible in LA.

The food and the scenery! I miss the ability to go out and find just about any kind of food you might want in LA. There’s also something really fun about LA in that it is on TV all the time, so you always live on the edge of this kind of weird fictional world that is happening all around you. When someone gets murdered on TV it’s often at a bar you were just drinking at or down the street in a neighborhood you frequent. Because it’s such a well-documented city there’s always some weird new corner to explore with an interesting story behind it. Being an hour or two from deserts, mountains, and beaches isn’t a bad thing either.

Tell us something surprising about Iowa that people may not realize.

It’s not the desert, but being able to go wander through the backroads in rural Iowa can be pretty fun. There’s a vibrant biking culture here so there’s always some ride happening somewhere, whether its a culinary tour of farms (with farm-to-table feasts at each stop) or riding across the state in the Register’s Annual Great Bicycle Ride Across Iowa (aka RAGBRAI).

Iowa is where presidential elections start, too, so the level of access to presidential hopefuls is surprising. They’re all just knocking around the state trying to make friends.