Calling All Animal Lovers: 6 Zoos You Must Visit

Take a walk on the wild side at one of these havens for animal lovers. 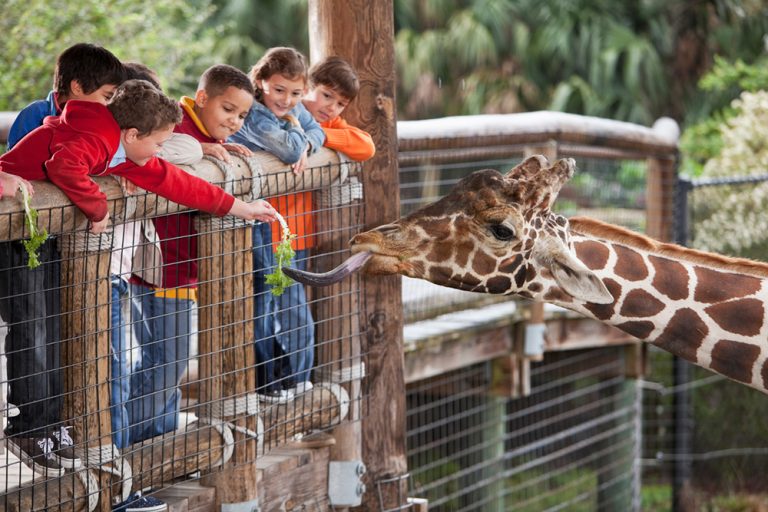 There are few better ways to spend a day than wandering the exhibits at your local zoo. Not only is it a great family outing where visitors can be outside and enjoy nice weather and fresh air, but it can also be linked to several health benefits. For example, a 2010 study in Japan found that zoo visitors experienced a decrease in blood pressure, walked more than 6,000 steps and reported an increased self-perceived quality of life during their visit.

Zoos also play an incredibly important role in conservation and are centers of scientific study. While visitors are mainly concerned with the silly antics of the animals on display, zoo staff do invaluable work behind the scenes day in and day out. What we learn through observation in zoos helps us better understand the natural world. Zoos conduct breeding, rehabilitation and reintroduction programs that help ensure all animal species can proliferate.

The chance to view and often interact with animals from all parts of the world means that almost no visit to a zoo is wasted, but finding a good zoo is like winning the lottery. These massive, interactive homes to a huge variety of animals make them a destination in and of themselves and will inspire you to add them to your travel to-do list.

Abilene, TX
Situated on 16 acres, the Abilene Zoo is home to more than 1000 animals from 250 different species. In addition to their Giraffe Safari and Caribbean Cove areas, this zoo is well known for Creek Backyard, which is home to animals native to the Elm Creek area of Texas, including cougars, coyotes, porcupines, raccoons, bobcats, ringtails, armadillos, skunk, and river otters, as well as some birds, fish, reptiles and amphibians.

While you’re visiting, experience a wide variety of birds inside and out of the Tropical Aviary and Bird Garden. Make your visit extra special by adding an up-close encounter with rhinos, giraffes, reptiles or giant anteaters for an additional fee. The zoo is also committed to caring for injured or orphaned birds through its efforts at the Bird Rehabilitation Center. Additionally, the Abilene Zoo features inexpensive tickets and a calendar that keeps the zoo open most days during the year.

Knoxville, TN
The initiative for Zoo Knoxville dates back 100 years. It covers 64 acres divided into two halves — East Zoo and West Zoo. Long a pioneering center for conservation, Knoxville Zoo bred the first two African Elephants born in the Western Hemisphere in the ’70s, has bred more red pandas than any other zoo in the world and is a leader in breeding endangered tortoises.

The Asian Trek features the red pandas in addition to Malayan tigers; Black Bear Falls houses several American black bears, who are native and important to the nearby Great Smoky Mountains. Grasslands Africa has giraffes, white rhinos, zebras and more. Visitors can feed the giraffes for just a $5 additional fee. Gorilla Valley and Chimp Ridge is a bamboo forest home to the primates.

Outside of touring the many animal exhibits, the zoo has a splash pad, indoor jungle gym, train, carousel, kid-friendly research lab and more to visit during your trip. The zoo offers dozens of programs for the whole family, from sleepovers on the property and nighttime safaris to camps for kids and adults.

San Diego, CA
Widely considered one of the best globally, the San Diego Zoo covers more than 100 acres and is home to more than 12,000 animals from more than 650 species. Located in Balboa Park near San Diego Bay, this is the most visited zoo in the country and has such an enormous footprint that the zoo provides a hop-on and hop-off bus to move visitors around the grounds and closer to the exhibits you want to see most. There’s also an aerial tram that gives a birds’ eye view of all the great habitats, and the guided bus tour that takes guests around the perimeter of the zoo and is included in the price of regular admission to help people get the lay of the land before taking off on foot.

One of the stars here is the Koalafornia exhibit. The San Diego Zoo has the largest koala colony outside of Australia and was the first US zoo to house Tasmanian Devils. Of course, the zoo is home to all the usual suspects like lions, tigers, polar bears and more, but a check of their animal list shows this amazing complex is home to species most folks have never even heard of.

Beyond the exhibits, the San Diego Zoo is also a botanical garden, with a gorgeous proliferation of plants and flowers beautifying the park. If you’re planning a trip, download their app to access maps and exhibit planning and a schedule on the day of your visit to maximize your time.

True animal lovers should plan to visit the zoo’s sister location — the San Diego Zoo Safari Park — located about an hour outside of San Diego. Featuring free-range exhibits of all kinds of animals, visitors can take a tram through the African habitat and see many of these animals in a whole new way. In addition, the Safari Park serves as a quarantine center for zoo animals imported into the United States through San Diego and has the world’s largest veterinary hospital.

St. Louis, MO
The St. Louis Zoo is another zoo located in a park, and this big, beautiful complex has plenty to do, but the most important thing to know is that admission is free! Now home to more than 90 acres and 14,000 animals representing 500 species, the zoo was designed when the city bought a walk-through birdcage designed by the Smithsonian Institute for the 1904 World’s Fair.

While visitors are welcome to just stroll and enjoy the exhibits, one of the draws of the zoo is that it is known for animal management, conservation, research and education. In fact, the St. Louis Zoo has the largest Education Department staff in the country and offers all kinds of interactive and educational opportunities throughout its complex to encourage involvement, education and discovery. The zoo is also home to a number of rare and endangered animals.

The scenic walkway through the zoo is called the River’s Edge and is meant to “carry” visitors through four continents of habitats. Sea Lion Sound has North America’s first underwater tunnel in a sea lion exhibit. For a small fee, you can visit Caribbean Cove, a touch-pool that features cow nose rays, southern stingrays, bonnethead sharks and bamboo sharks.

Cincinnati, OH
Thanks largely (pun intended!) to a hippo named Fiona, the Cincinnati Zoo & Botanical Garden is very well known. Born prematurely in 2017, Fiona was severely underweight and struggled to survive. However, she has thrived since and become a massive draw for this 70-acre complex. Besides Fiona, the zoo is home to more than 1,900 animals representing more than 500 species.

The Cincinnati Zoo is one of the oldest in the country and dates back to 1875. The zoo celebrates its long history, and the reptile house building is even housed in one of the original buildings. Known for its successful breeding programs, the zoo was the first to breed California sea lions successfully and more gorillas have been born here than anywhere else in the US. Additionally, they’ve won awards for insect propagation; their insect building is the largest in the country.

Other highlights include the Manatee Springs habitat, Roo Valley, Rhino Reserve, Giraffe Ridge viewing platform and Dragons building, home to several lizards from around the world. Plan to participate in an informative and fun breakfast with the animals or one of the overnight family programs.

Indianapolis, IN
Often, families have to decide how to divide their time between different attractions, but in Indianapolis, that’s not a problem as the zoo is triple-accredited as a zoo, aquarium and botanical garden. The zoo is organized into biomes where animals with similar habitats are grouped together. All in all, they have more than 1,400 animals of 235 species, while the botanical gardens contain more than 50,000 plants of nearly 3,000 species, respectively.

The ocean biome includes the dolphin pavilion, which has an underwater viewing dome placed in the middle of the dolphin performance pool. The Orangutan Center is both an exhibit for visitors and a research hub for the conservation of the species. The Indianapolis Zoo is home to the Global Center for Species Survival and partners with the International Union for Conservation of Nature to support and connect conservation experts in more than 160 countries.