Skip to content
Home > Experiences & Adventures > The Rise of the Speakeasy: Where to Find the Best Secret Bars

The most popular bars these days are hidden in plain sight. Here's where you'll find a few of the nation's best speakeasies — and most importantly, how to get in. 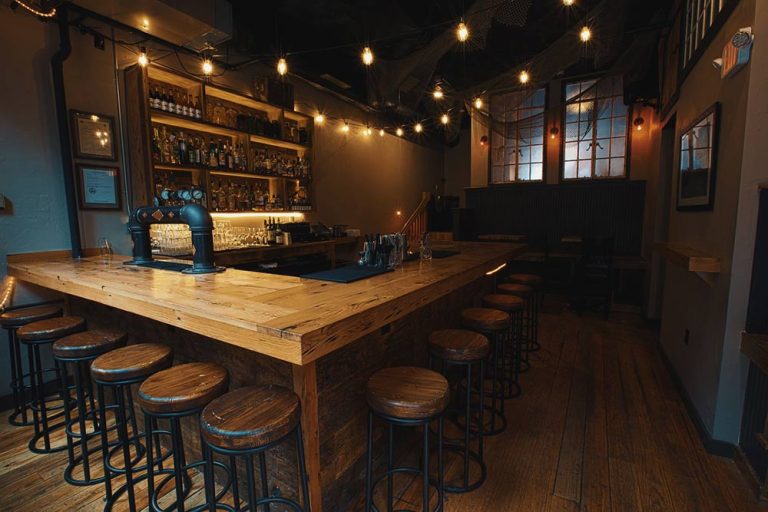 The popularity of hidden bars, or speakeasies, is no longer a secret. While alcohol is completely legal in today’s world and we don’t need hide out underground to sip a carefully-crafted sidecar, speakeasy-style bars create an atmosphere of exclusivity that so many of us crave.

Some have secret passwords, some have secret doors, and some you have to knock gently to be let in by a bartender passing by after a few awkward moments standing outside. These secret doors and passcodes hark back to an age of grade school secret forts and clubs and make us feel part of something others may not even know about.

Most of the time, these bars don’t even have signs out front or directions on how to enter; it’s all about word of mouth. This just adds to the feeling that you’re in on a big secret, making the experience that much more fun.

Speakeasies are popping up in every major city, but they’re becoming so popular that some smaller cities have picked up on the trend as well. Here are four of our favorite speakeasies around the country right now.

Opened in 1966 in Milwaukee, Wisconsin, this awesome spot hopped on the hidden bar train early. Despite its age, The SafeHouse has been called the “Hippest Place on the Planet” by Wired magazine, and we totally understand why. To enter this spy-themed bar, you must know the password. If you don’t you will be asked to do a task that can be viewed by other patrons in the bar via closed circuit TV. Secret doors and spy-themed memorabilia adorn the walls, and there’s even a roaming magician. What’s better than that?!

Check Out 10 More Unique Places to Drink in Milwaukee

This bar is super hard to find, but once you do, you’re in for a treat. Backbar is tucked away behind sister restaurant Journeyman, down an alleyway and then down another hallway only marked by a metal sign. The bar has a “Genius Hour” from 4 p.m. to 6 p.m. on weeknights, encouraging folks to duck out of work early and finish up with a handcrafted cocktail or a bowl of steaming ramen.

As the oldest bar in Venice and one of the oldest in the Los Angeles area, Townhouse and the Del Monte Speakeasy was once a real, full-blown speakeasy. The speakeasy opened in 1915 and was originally called Menotti’s Buffet, located in the basement of a grocery store. Getting to the actual bar was a feat in itself: you had to know about the bar, know the bartender, enter through a small trap door and be lowered down on a rope dumbwaiter.

Now, it’s a lot easier to get into, but the speakeasy still maintains its original charm. Drink-wise, it places emphasis on the classics, with a Moscow Mule being a crowd favorite.

4. The Broken Dram, Portland, ME

It’s like bar-ception: a bar within a bar. The Broken Dram is located inside nautical-themed bar Blyth & Burrows via — you guessed it — a secret door. The Broken Dram also has its own entrance, but like all speakeasies, it isn’t marked. Unlike its fancier big brother bar upstairs, The Broken Dram caters to those who don’t want to spend a lot of money — but still want to have a lot of fun.