Think you have to go to New York or LA to find great comedy? Think again. 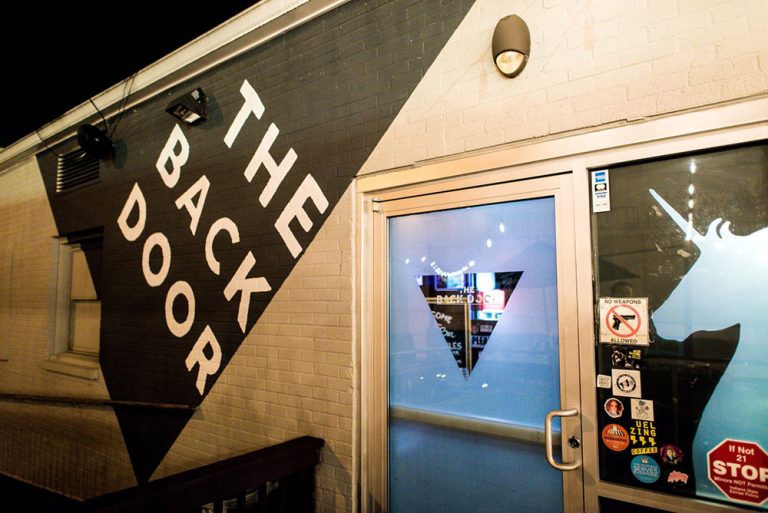 The comedy scenes in big cities like New York, Chicago and Los Angeles are legendary, so it’s no wonder that so many future comedy stars opt to relocate to jumpstart their careers. But big cities come with their own challenges; it can be daunting as a young creative to deal with high cost of living and cut-throat competition in a crowded market.

Luckily, there are many smaller cities in the US that have thriving (and more welcoming!) comedy scenes. Whether you’re an aspiring stand-up comic or a comedy fan, these unexpected cities are wonderful places to hone your comedy skills – or just enjoy a show.

I may be biased since it’s where I got my start, but there is no denying that Sacramento, CA is home to a strong and supportive comedy scene. The backbone of the scene is the Sacramento Comedy Spot, which offers open mics, improv nights and classes, plus outstanding weekend shows. There are plenty of open mics, including Tuesday nights at Luna’s Cafe, a favorite of many local comics. Once you’ve gotten your feet wet, there are larger venues to perform in, including Laughs Unlimited and the Sacramento Punchline where you can catch a mix of Sacramento talent and national headliners.

While the state of Montana may not elicit visions of comedy stardom, this state boasts one of the best festivals in the industry: the Big Sky Comedy Festival, which takes place in Billings. Comics from all over hail this industry-attended festival as one of the most prestigious to attend – plus it offers a cash prize and the chance to be seen by tons of bookers, television industry reps and club owners.

A few hours away is the creative community of Missoula, home to The Wilma, which hosts comics from all over the United States on tour, as well as the Homegrown Comedy Competition, and open mic spots such as The Roxy and The Union Club Bar and Grill. Montana also boasts a low cost of living – perfect for comics and creatives looking to live cheaply while chasing their dreams.

A quick visit to 5280Comedy provides a lengthy list of Denver’s best open mics, showcases and podcasts. The Mile High City is also home to well-known clubs such as the Denver Improv and Comedy Works Denver. Not only do these clubs offer stage time to industry favorites, they host weekly open mics for those looking to get stage time in these premier clubs. Check out the Hair of the Dog monthly showcase at The Lobby, offering a killer lineup, a brunch and its namesake booze for an afternoon of hilarious comedy; or a recording of Talkin’ Shop, a podcast dedicated to discussing the business of comedy with well-known comics, recorded monthly at Mutiny Info Cafe.

Deep in the Midwest is the fantastic city of Bloomington, Indiana, which is home to a number of amazing comedy venues and festivals. Most notably, Bloomington hosts the Limestone Comedy Festival, which has drawn major headliners, including names like Margaret Cho and Judah Friedlander. The Comedy Attic showcases local talent as well as big names in comedy as they make their way across the U.S. on tour.

Boston usually brings to mind tri-corner hats and historic walks along the Charles River, but its comedy scene is second to none. The city proper is home to clubs like ImprovBoston and Nick’s Comedy Stop, and just outside city limits, there are running shows like Laughing Liberally (a progressive comedy show in Somerville) and Artisanal Comedy at the Dorchester Brewing Company. This scene has incredible support from the Boston Comedy Chicks collective, and also hosts the annual Women In Comedy Festival which brings local talent, as well as big names like Gina Yashere and Tig Notaro.

While Albany, NY may not get the comedy accolades that the Big Apple gets, it is a comedy powerhouse in its own right. Not only is it home to a FunnyBone comedy club, there is a Comedy Works club just down the road in Saratoga Springs where you can see fan favorites and give open mic a try every Thursday night. For local comics, Lark Tavern and the Low Beat host open mics, and are well-known to be supportive rooms for aspiring talent.

The tight-knit comedy community in Boise offers a constant stream of improv, stand-up and open mic opportunities for performers at all skill levels. The city’s main comedy club, Liquid, hosts frequent open mic nights and brings in headliners from around the country. The 208 Comedy Fest, co-founded by Boise’s hometown comedy hero Emma Arnold, kicked off last year and draws big names like Rhea Butcher, Chris Fairbanks and Kyle Kinane to town every September.