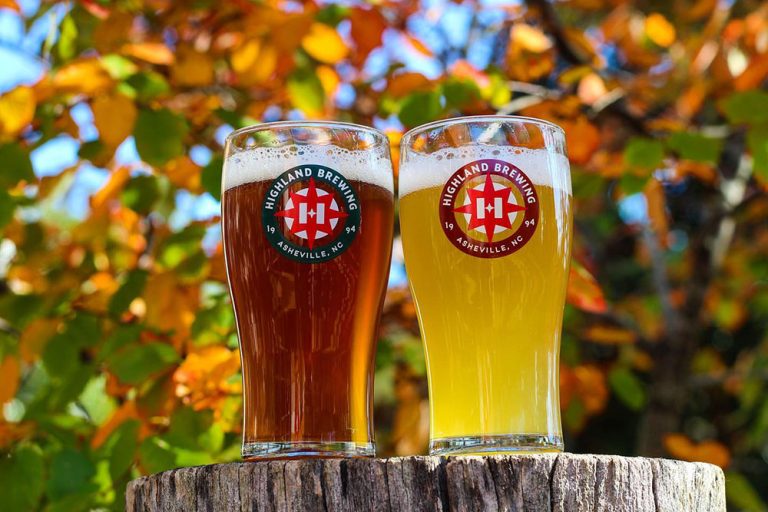 Fall is the best time of the year. That’s just a fact. The cooler weather brings warm blankets and sweaters, horror movie marathons and s’mores by the firepit — and nothing pairs better with these fall activities than a rich local pumpkin beer or a spiked mulled cider. Looking for the best fall libations to make the most of the season?

When it comes to cozying up with an autumnal drink, these cities do it best:

Of course, the mountain city of Asheville tops the list as a fall drink destination thanks to its superior craft beer scene and its stunning display of changing leaves. Its nickname of “Beer City, USA” does not disappoint.

Each October, the city hosts CiderFestNC, a festival dedicated to hard cider and mead. Breweries, cideries and meaderies (oh my!) from all over the country pour their finest along the picturesque French Broad River. Highlights include the not-too-sweet ciders from Durham’s Bull City Ciderworks and artisan mead from Honeygirl Meadery.

Locals are so enamored with Highland Brewing’s seasonal brew, Cold Mountain, that people line up around the block to sample it every year, and its annual release garnered so much fanfare that the brewery hosts an event, Cold Mountain Weekend, to celebrate. Sellout crowds enjoy bands and food trucks as they toast to fall and pick up bottles of Cold Mountain to take home.

If you are craving something a bit harder than beer and cider, head to Pittsburgh for some seriously delicious craft whiskey. Located in Pittsburgh’s Strip District, Wigle Whiskey Distillery is the most awarded craft whiskey distillery in the U.S. and features some killer fall cocktails (including one called Cinnamon Toast Punch that’s made with — you guessed it! — cinnamon whiskey). They also host a pumpkin spice fall cocktail class in October, so you know where we’ll be next year. Nearby sits Pittsburgh Winery, a unique winery with a speakeasy feel and sippable wines.

For even more fall cocktails, try Bridges and Bourbon, whose rye and bourbon Appalachian Trail cocktail comes alongside smoking wood chips to create a campfire smoke sensation. We have to also mention Pittsburgh’s rapidly-growing microbrewery scene, which is such a draw to brew lovers everywhere.

Washington is well-known for its apples, and from good apples comes even better cider. Located in Northern Washington, the waterfront city of Bellingham is known as a “gem of the Northwest” thanks to its extensive recreation opportunities and strong economy.

But it’s also home to the delicious Bellingham Cider Company, which is just one of the four incredible cideries in town. This cidery, however, does not hold back on the fall flavors and features pours with names like Pure Bliss Caramel Apple and Primal Coffee Cider. Yep. Coffee and cider. We’re booking our flights now. After you get your fill on cider, check out some (or all) of the 12 breweries in Bellingham, including Aslan Brewing Co. — a USDA Certified Organic brewery with an excellent seasonal brew lineup.

Kansas City is known and loved for its BBQ and jazz music, but craft cideries are also flourishing in this gem of a city that landed a spot on Livability’s 2020 Top 100 Best Places to Live. The city is home to seven craft cideries including KC Cider Co, which is featuring a Honey Bourbon Cinnamon cider this season that is guaranteed to warm up your belly and your mood.

Kansas City is also a mecca for cool-weather drinks that are more friendly to the 21-and-younger crowd. Head to Messenger Coffee where you can enjoy your latte and house-made pastry on the rooftop next to their outdoor fireplace. Or check out Pilgrim Coffee Company in the KC suburbs for a super rich S’mores Latte concocted with housemade syrups and a chocolate graham cracker rim. Meanwhile, Ruby Jean’s Juicery blends up filling fall smoothies like the Autumn Brownie: a mix of brownie, banana, almond shavings, cocoa powder and almond milk.

Sacramento is perhaps home to the coziest fall drinking spot around. The Cabin, a delightful camping-themed bar is the perfect fall backdrop for signature cocktails like Bobbing for Apples and Gimme S’more, a chocolatey cocktail that comes complete with a flaming marshmallow.

You can also sip on a steaming cup of (spiked!) hot chocolate amidst plaid, antlers, and logs galore. Mozy on over to the nearby Apple Hill area for amazing hard ciders. The Apple Hill Hard Cider Trail includes six cideries that are all worth checking out. A favorite, High Hill Ranch is well known for its apple pies and cider donuts, but their hard cider, apple wine and even apple champagne are worth it.

Psssst! Check out our full Sacramento travel guide to plan your trip!

It wouldn’t be a fall drink roundup without an Oktoberfest tossed in, and this little mountain town is as close to Europe as you’re going to get in the States. Leavenworth is straight out of a fairytale with its dreamy Bavarian architecture and free-flowing German beer and brats. It’s no wonder that its Oktoberfest celebration is one of the best in the country. Spread out over three weekends in October, Leavenworth Oktoberfest features live music from German bands, all the beer you can drink, and steaming hot brats and giant turkey legs. Cheers!