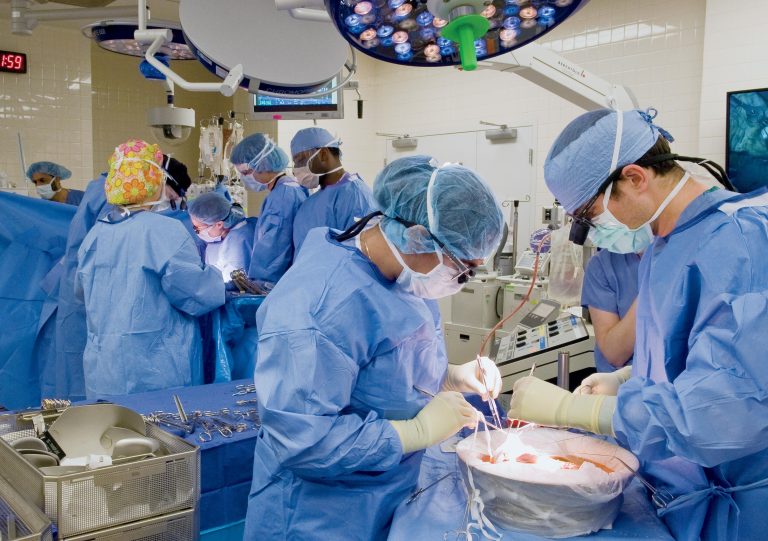 Access to high-quality and comprehensive health care for employees and their families is a major selling point for companies. Anchored by the University of Mississippi Medical Center (UMMC), the state’s only academic medical center, the Jackson Metro’s health care community offers state-of-the-art facilities, innovative treatment options and an extensive menu of services.

UMMC boasts the state’s only children’s hospital, transplant center, Level IV NICU and Level I trauma center. In addition to the medical center, the university is home to schools of medicine, nursing, health-related professions and dentistry as well as the new, 124,000-square-foot Translational Research Center.

“UMMC is also a regional academic medical center that has all the resources that are necessary to make a big impact on the health and wellness of the community. We just opened a new $74 million medical school. We’re getting ready to start the largest economic project in our campus’ history, a $100 million children’s expansion and modernization project, so we have a significant impact on the economy in central Mississippi and within state lines,â€ says Kevin Cook, UMMC CEO.

With an annual budget of $1.7 billion, UMMC represents about 10 percent of the Jackson Metro’s economy and 2 percent of the entire state’s economy. The medical center employs some 10,000 people and is the state’s largest employer.

“We’re phenomenally proud of all that we do. Our mission is to improve the health and wellness of all the citizens of the state and that’s what we wake up every day to try to accomplish,â€ Cook says.

The region’s health care resources also include 18 hospital facilities as well as a state psychiatric hospital and a large Department of Veterans Affairs facility.

St. Dominic Hospital was founded by the Dominican Sisters of Springfield, Ill., more than 70 years ago. Today, St. Dominic’s is one of the state’s largest acute-care hospitals. Beyond hospital care, St. Dominic Health Services, the parent organization of St. Dominic Hospital, has initiated programs and services for routine care, wellness and fitness, including The Club fitness facilities, D1 in Madison, Care-A-Van screening program, the Madison School Nurse program and a continuing care retirement community. St. Dominic recently announced plans to expand its Emergency Department. The $40 million project is expected to be completed by 2020.

“St. Dominic’s is continually evolving and expanding its services. This effort includes the ongoing development of new clinics in communities where they are most needed as well as the growth of hospital services. All of these things bring not only project-related work but also full-time employees who contribute to their communities through service, taxes and purchases,â€ says Andy North, director of marketing for St. Dominic Hospital.

In an effort to expand health care services throughout the Jackson Metro, Baptist Memorial has embarked on a number of capital projects, including the Baptist Madison Medical Office Building, a $30 million facility with 13 specialty clinics; an $80 million expansion of the women’s and cardiovascular services at Baptist Medical Center Jackson; the Madison Performance Center, a $16 million joint venture with Mississippi Sports Medicine and SouthStar; and The Belhaven, an $80 million, mixed-use project with Landmark Healthcare.

The Right Address: Business is Abound in Jackson, MS

In 2017, Mississippi Baptist Health Systems signed a shared mission agreement with Baptist Memorial Health Care, which is headquartered in Memphis. As a result of the shared mission agreement, Baptist Memorial became Mississippi’s fourth-largest employer and the largest health care system in the state. The organization’s flagship hospital, Baptist Medical Center, was named one of America’s 100 Best Hospitals for orthopedic surgery, joint replacement and prostate surgery by Healthgrades and was selected as one of America’s 50 Best Hospitals for vascular surgery.

UMMC is also a regional academic medical center that has all the resources that are necessary to make a big impact on the health and wellness of the community.