Skip to content
Home > Love Where You Live > Picking the President First: What It’s Like to Live in a Caucus/Primary State

Picking the President First: What It’s Like to Live in a Caucus/Primary State 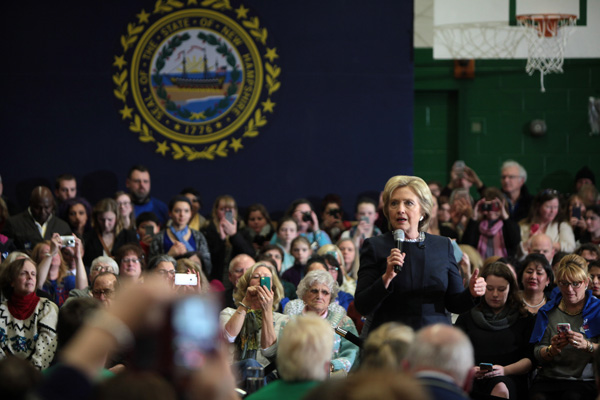 Think the soundtrack of this year’s presidential election is a bit loud this early in the game? Imagine turning the volume up to 11 – and loving it.

“Early” voters in Iowa, which holds the first election caucus in the country February 1, and New Hampshire and South Carolina, which hold the first and second primary elections, respectively, receive more than their share of attention from the rest of the country. For starters, they are probably visited more often by candidates of both parties than the rest of the county. And, in addition to non-stop media attention, these states inspire big-buck spending, as candidates hope to sway voters long before the final two (or three?) nominees are chosen at national convention in the summer. In Iowa, for example, candidates had spent more than $53 million just on broadcast and cable TV ads, the New York Times reported in late January.

POLITICAL LEANINGS: The Best Cities for Liberals, Conservatives and Centrists.

You might think all the political clamor would get old in these bellwether states, but voters say they’re anything but tired of it.

“There may be some Iowans who think they don’t like all the hullabaloo, but I don’t know any,” says Cheri Doane of Pella, Iowa, who is actively supporting Martin O’Malley in the caucus process. “Iowans are proud we’re the first state to vote and feel very very privileged. I think we have a certain amount of resolve, and tend to say, ’I’m going to the caucus informed and ready to make a decision because the rest of the country is paying attention to us.’”

Doane prefers the caucus voting model to the more common primary. A primary election allows a voter to simply cast a ballot for a candidate of either the party in which they are registered, or in some “open primary” states, in either party, regardless of registration. On caucus night in Iowa, supporters of candidates gather at  more than 1,600 voting precinct locations around the state. At the Republican caucus, votes are then cast by secret paper ballot. At the Democratic caucus, voters literally break up into groups, gathering in the corner assigned to their candidate. Much debate and passionate persuasive argument takes place, as supporters try to lure attendees into their corner to be counted. And that back-and-forth negotiation is what makes a caucus special, Doane says.

“Let’s say you have strong feelings about a candidate. In a primary you would vote for that person and that would be that,” Doane says. “In a caucus, if your person is not one of the frontrunners, you have an opportunity to negotiate and tell people about your candidate. It allows the public to hear more about candidates and why their fellow citizens are supporting that candidate.”

The caucus itself is exciting, but the weeks and even months leading up to the big night are also thrilling. Being the first-in-the-nation state means candidates are eager to shake hands and meet voters in the course of many visits to Iowa – more than 300 by various candidates in the past three years.

“Early in the caucus season the crowds are small, and it’s not hard to sit down with a candidate in a group of 15 or 20 people,” Doane says.

That access is also important to voters in early primary states.

CAN YOU BELIEVE IT? Find out what your state is best known for.

Up Close and Personal

“By the later primaries you don’t have the great opportunities to see all the candidates out there, whereas in New Hampshire there are dozens of them,” says Sandy Boyce, who has attended events for Donald Trump and Ted Cruz, most recently a Tilton, N.H., gathering for Cruz. “It’s much easier in one of the early states to physically go and hear a candidate, see a candidate and ask him a question. In Tilton there were maybe 100 people, and I was able to sit about eight feet from Senator Cruz. We even asked him to come speak at our church, and he did.”

Boyce, who lives in Hill, N.H., population 900, says the election is virtually everywhere in her community, from daily newspaper schedules of candidate visits and events, to radio and TV ads, to discussion at the small market and community gathering spot.

“The folks my husband and I know, and age doesn’t matter, they are talking about the election, they are concerned about it,” Boyce, a Cruz supporter, says. “We’ve had the same president for eight years now, so things are going to change no matter who is elected. Everything is in the mix, everything is up in the air now.”

Colleen Garrity of Laconia, N.H., also appreciates the chance to get to know candidates up close, and has attended events for Cruz, whom she is supporting. But the surrounding campaign activity can get wearing, she says.

“With the primary season so strong in New Hampshire, your mailbox is inundated with fliers, and ads on TV are very intense,” she says. “The other thing we’re getting is the phone calls. We have a traditional land line and there is one phone call after another, and then surveys. Sometimes it is almost overwhelming.”

Not everyone in a primary state has experienced the same onslaught. Louise Goodwin, who moved from New York to Charleston, S.C., expected to be bombarded with presidential campaign activity, but so far has not, as the state’s primaries on February 20 and 27 approach.

“Day to day I see little of it. People don’t have signs on their doors, and the bumper stickers aren’t there,” Goodwin says. “I know there have been rallies, but they were on the edge of downtown and when I am downtown every day I don’t see anything. In fact I find it strange when I do find a bumper sticker or a sign. Even the commercials aren’t as bad as I thought they would be.”

GIVING IT UP: The Most Charitable Cities in the U.S.