Skip to content
Home > Make Your Move > How To Move Four Times In One Year: Confessions of a Serial Mover

How To Move Four Times In One Year: Confessions of a Serial Mover

What’s it like to move four times in a year? We found out. 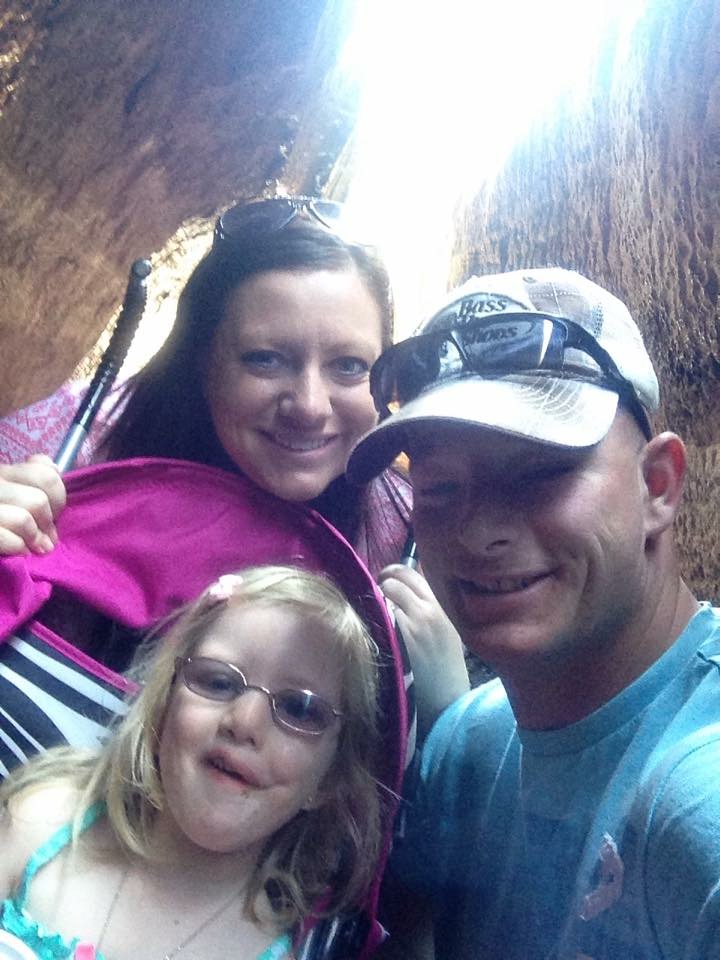 Americans, on average, move slightly more than 11 times in a lifetime, or about once every seven years.

Of course, some Americans — it’s not clear how many — break the mold. Jenna Kauffman is one of them. In a little more than a year between 2010 and 2011, she moved four times. And she’s moved a few more times since then.

Sound a little crazy? Kaufmann thinks so, as well. But she knew, to an extent, that it was what she was bargaining for when she married a Marine. Kauffman met her husband, Bobby, in 2008 while she was still a student at Michigan’s Baker College, and they were making plans to move even before they tied the knot in 2010. Ever since then, moving’s become a constant part of life.

ITCHING TO MOVE? Check out the Top 100 Best Places to Live

Their first move came only about a month after they got married. He’d flown out to his new unit in California and Kauffman, in preparing to join him, had quit her advertising job at a newspaper and packed up most of her things. It took another month before he got word that the move, which was paid for by the military, was a go. After that, they had only a few days to rent a truck and head out.

“I was excited to move to California,” Kauffman says. “We’re both from really small towns, so we hadn’t done much traveling. It was nerve-wracking, because I hadn’t been away from my family much.”

Should I stay or should I go?

The pair arrived in Joshua Tree in the middle of July. It was hot, and their short-term lease, “in the middle of nowhere,” didn’t have air conditioning. It did, however, have baby scorpions and giant spiders. After a few days of unpacking, her husband went back to work at 29 Palms Marine Corps Base. Kauffman didn’t know anyone in the area and she was homesick. In September, a two-bedroom townhouse only a mile and a half off base became available, and the pair made their second move together. The location allowed them to finally start meeting other military couples, which gave them, at last, a social life.

AT EASE, SOLDIER: How to make a military move.

It didn’t last long. About a month later, Bobby Kauffman found out he was being deployed to Afghanistan, which meant Jenna had to consider housing yet again. Many military wives, she says, choose to move back home during their husbands’ deployment, but she was thinking of staying in California. That changed in March, though, when she found out she was pregnant.

“I didn’t want to do it by myself. I would have been due just a few weeks after he was due to come back, so I decided to move home and live with my sister, who had a 1-year-old at the time and help her with him while [Bobby] was gone,” she says.

SHOULD YOU MOVE? Take our quiz to find out.

The pair moved most of their belongings into a storage unit, and the day after her husband’s deployment Kauffman and her sister-in-law loaded what was left into an SUV, which they drove to Burr Oak, Mich.

“I felt like it was a game of Tetris in my car at that point. I always tease my husband that I can pack the car way better than he can because I’ve done it so many times,” Kauffman says.

For the next several months, Kauffman lived in a spare room in her sister-in-law’s house. All of her possessions fit into a few tubs and suitcases. She spent her days visiting friends, spending time with her nephew and chatting with her husband on Skype whenever possible.

That August, nearly seven months pregnant, she moved back to 29 Palms. This time, she was met by a group of Marines, who helped load the moving truck at the storage unit and unload it at her new house on base. Her husband was due to come back from Afghanistan at the end of October, just a bit before Kauffman’s November 11 due date. But he ended up arriving a bit earlier, at the end of September, and so did their baby girl, Denver, on October 16.

“We stayed in that house for another year and a half after I had my daughter. It was the longest we’d been in a house,” Kauffman says.

A.J. Schneider, executive vice president of Wheaton World Wide Moving and Bekins Van Lines, says few people in civilian life move at the Kauffmans’ rate. Most people who use a professional moving company, he says, do so once every five to seven years. Some exceptions are young people, particularly technology workers who sometimes hop between jobs, and older Americans, who tend to move closer to their families as they age, and then on to a retirement community or assisted living.

For prospective serial movers, Schneider says, saving boxes can be a money-saver. And holding on to the inventory list from one move can help the moving company give a ballpark estimate of the cost for the next one — that is, of course, if you don’t accumulate a whole bunch of stuff in the interim, something Schneider recommends. He also advises people moving between apartments to try live as low to the ground floor as possible, as it makes transporting things in and out easier. Book movers at least a month in advance, Schneider says, and try to book them far in advance for a move between peak-season May and August.

Leaving belongings in storage, as Kauffman did, is a good idea for serial movers, Schneider says. And storing those things in the company’s warehouse can make things even easier.

“That stuff is already basically ready to be put back on the truck,” Schneider says. “You still have to get the stuff out of the house that you did bring in, but there’s just that much less stuff to pack up.”

After a few more moves to Virginia and Tennessee, the Kauffmans are living, for now, in Murfreesboro, Tenn. She has determined over the years that the first six months are the hardest in a new place, and that Facebook groups affiliated with the bases where they’ve lived have been helpful sources of information. In general, she says, moving has lost some of its allure, but it’s also become easier — at least psychologically.

“It’s exciting to go to a new area, but it’s part of what we do. It’s really not a big deal anymore.”

STUFF TO GET YOU MOVING: More moving stories