Skip to content
Home > Make Your Move > The Moving Diaries: All Your Questions, Answered

The Moving Diaries: All Your Questions, Answered 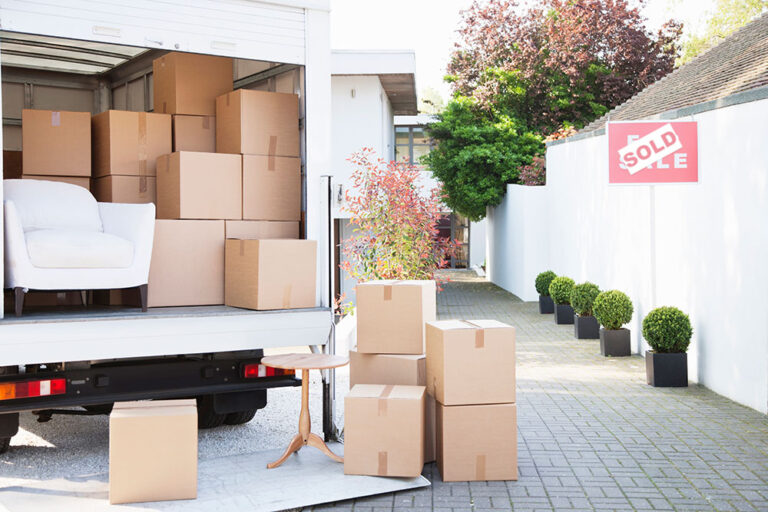 Over the past few months, we followed Jessica Wakeman’s journey, a writer from Brooklyn, as she relocated to Asheville, NC, as part of our Moving Diaries series. Her honest descriptions of moving during a pandemic, making friends in a new city (during a pandemic), and all the lessons she learned along the way received a lot of feedback from readers via email, Facebook and Instagram messages. Today, we asked Jessica to answer some of the reader questions we received about her move.

In Livability’s new column, Jessica shares why she decided to move from a very big city to a much smaller one — and how the whole “moving during a pandemic” thing works.

How do you think this move would have gone differently if it wasn’t during a pandemic?

Ideally, my husband and I would have been able to fly down to Asheville, go apartment hunting, and tour our apartment IRL before moving in. But our building manager gave us a tour of our apartment(-to-be) over a FaceTime call and honestly, it was fine! No regrets there.

I live in eastern North Carolina now and visit Asheville all the time when I can. I decided to move there next summer after COVID-19 has come under control (I hope). I love Asheville, but lately have read a lot of negative reviews about the area. High housing costs, homeless problem, too touristy, etc., so now I am second-guessing myself. I would like to know how you feel about the area now after living there for a few months? Does it meet your expectations? Have you run into any problems with crime? I am a single woman, so that is of utmost importance to me.

These are all really good questions/concerns! I’ll address them one by one:

I don’t know what your budget is, but I will say that everything is relative. We moved from Brooklyn and, to us, $1,500 for a two-bedroom feels like a steal. Of course, we only feel that way because we paid exorbitant rents for so long! We wanted to rent an entire house in Asheville but found that, perhaps due to the pandemic, it was difficult to find one for less than $1,500 per month. While I don’t check Zillow or Craigslist as regularly as I did when I was looking for a place to live, it seems like prices are the same. Options for apartments and houses seem to be $900 to $2,000. Hopefully, that range fits your budget and you can find a lovely home here.

Making a big move is complicated in any scenario. Moving in a pandemic? That’s a whole different ballgame. Here’s how our writer managed a move from NYC to Asheville in — gulp — 2020.

To condense a very, very, VERY complicated issue: Yes, there is a visible homeless population here. Although I have not personally seen it myself, I’ve read articles about how many of the homeless people also have substance abuse disorders and/or mental health issues. Asheville does have shelters and services for these populations. But it also has many locations around the city where people who are homeless setup tents – for example, in the woods or under bridges – and there are some complaints about trash, needles, defecation, etc.

My general understanding is that there’s a group called Beloved Asheville that works with people who are unhoused to keep their campsites clean and provide them with food, backpacks, tents, etc. They also provide food and have a street medic program. Additionally, there is a needle exchange program (aka harm reduction) in the city run by WNC AIDS Project. Among Ashevillians, there are disagreements about what to do/how to help. Some people believe these groups enable (to use their word) homelessness and drug use; others argue that people’s basic needs have to be met.

I think people should learn about Asheville’s approach to people who are homeless and/or experiencing addiction before you move here. If you find the city’s approach objectionable, then you may have issues.

Downtown Asheville is filled with tourists on weekends. That’s just a fact. I don’t even go downtown that frequently on account of the pandemic, but there are always hoards of tourists clogging the sidewalks when I do. (Many of them are not wearing masks, I might add!) However, tourism is essential to the economy here, so crowds of tourists – especially bachelor and bachelorette parties – are something you will have to get used to. That being said, I don’t personally find Asheville to be “too touristy” because I’m rarely going into the same shops or restaurants as the tourists on weekends. (If I wanted to eat at a popular restaurant here, like Curate or Tupelo Honey, I would do it on a weeknight.) And there are lots of neighborhoods where you’ll find more locals than tourists. For example, in West Asheville there is a street called Haywood Road that has some of the best bakeries, bars and restaurants in the city.

More specifically: how do you make friends in a new city during a global pandemic?

Personally, no. A random woman came to our front door once, saying she had an appointment to “check out your bathtub.” We had no appointment scheduled with anyone (and no problem with the bathtub!) and she wasn’t carrying any tools. I assumed she may have been hoping to look for prescription drugs in our bathroom cabinets or something? But I don’t really know what that was about. It simply felt weird, so I did not let her in. (I think it’s really important for women to be comfortable saying “no” and standing firm! I am not afraid to say “no” to anyone when something does not feel right.)

Lastly, I would encourage you to read (and subscribe to) the Asheville Citizen-Times and the newsletter AVL Today. They are both great resources to find out what’s going on. And they present a more measured analysis than the Asheville Reddit threads and Asheville Facebook groups.

Would you buy or rent for a period of time when moving to a completely strange place?

I definitely think you should rent first! What if you bought a house when you move someplace new and soon realize that you don’t want to live there?

At this point, after living there for a while, what are your favorite things about Asheville?

We’ve lived in Asheville for about six months, but that entire time has still been during Covid-19. Many businesses, especially bars and restaurants, are only just re-opening, so my experiences in Asheville still aren’t reflective of normal times. All that being said, my favorite things about Asheville are:

I moved from the biggest city in the country to a small city in the South. Here’s what I love, what I learned, and what I miss.

Have you encountered any anger or resentment from Asheville residents who are nervous about the wave of transplants from places like NYC? Were you worried about that at all?

Yes, I was worried about Asheville residents not welcoming newcomers, but no, I have not encountered it. That’s not to say they don’t feel it! They simply haven’t expressed it to me (yet).

I think it’s important for newcomers not to try and alter the culture of a place to make it more like where they came from. Asheville is in the South. Asheville is in Appalachia. It is not New York City or Connecticut and I am sure it doesn’t want to be.

Are there any problems you thought moving would fix and it didn’t?

That’s a good question. I’m inclined to answer “no,” but I think a more honest answer is that moving put my problems into focus better. The move opened up more space in my brain (if that makes sense) and that has allowed me to look at some things differently. I don’t think anyone should look at moving as a quick fix; it’s more like a shakeup.

The Moving Diaries: All Your Questions, Answered

Thank you for being honest about your mental health before, during and after the move. As someone who struggles with anxiety and depression, do you have any tips for handling a big life transition you know will be good for you in the end but is extremely stressful while it’s happening?

Moving is extremely stressful!!! I almost can’t believe that I lived through an interstate move AND a pandemic AND my best friend’s cancer diagnosis AND some other health stuff all in the same year. You know that Paramore song “Hard Times” where she sings, “And I still don’t know how I even survived”? That is totally me.

It’s really important to recognize that mental health care is health care. It’s not optional. In addition to taking antidepressants and anti-anxiety medication, I do cognitive behavioral therapy once a week. I had a therapist back in Brooklyn, and I found a therapist in Asheville before I even moved there. There was a seamless transition from one therapist to the next. That was important for me because I had someone with whom to discuss all the changes and newness.

I don’t really have “tips,” but I do have practices. I try to meditate when I can, as well as do yoga (Yoga With Adriene, obvs). I also try to read a daily passage of The Language of Letting Go every day.

Overall, you have to find what works for you to maintain your mental health.

I was inspired by your story. Now I’m wondering how I can find “my Asheville,” AKA the perfect city for me. Any thoughts?

Travel! I visited Asheville for the first time in 2003 with an ex-boyfriend; then my husband and I came here for our anniversary in 2019. I fell in love with Asheville visiting those two times.

Travel can also show you what you don’t want in a new home as well. For example, my husband and I had batted around the idea of moving to Melbourne for years (he’s Australian). So we stopped by Melbourne for a few days on the way back to the U.S. on the last trip to visit his family. And I’m so glad that we went because I realized Melbourne is just a littttttle too similar to Brooklyn for my taste.

Traveling is expensive, though, and during the pandemic, it’s pretty complicated. So I recommend taking advantage of ye olde Internet to do research. There’s just so much media to consume that explores the country and the world. I like to watch “House Hunters” and “House Hunters International” to get a peek at different places and the lifestyles you can expect there. And I watch a lot of episodes of “Escape to the Country” (a British real estate show) and episodes of Rick Steve’s show on YouTube.

Do you have any other general questions about moving or finding your perfect city? We’re working on more relocation content and want to hear from you: email us at info@livability.com with your questions and requests for topics and info!