Skip to content
Home > Make Your Move > The Moving Diaries: What Is It Really Like to Move During a Pandemic?

Making a big move is complicated in any scenario. Moving in a pandemic? That's a whole different ballgame. Here's how our writer managed a move from NYC to Asheville in — gulp — 2020. 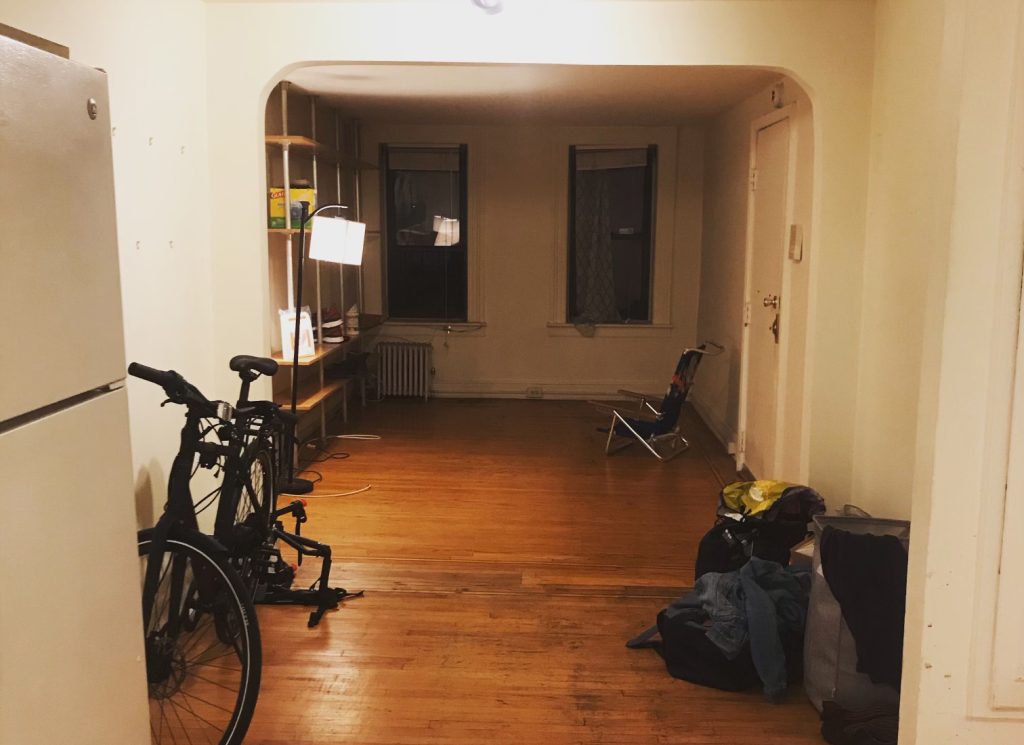 Welcome to The Moving Diaries, Livability’s new column following the relocation story of Jessica, a writer who recently moved from NYC to Asheville. Every week, Jessica will share a new chapter of her moving experience. Thinking of moving to a new city yourself? Not sure where to start? Shoot us an email at info@livability.com to submit a question for Jessica to answer in an upcoming Q&A!

When my husband and I decided to move from Brooklyn to Asheville, the future seemed straightforward.

It was October 2019, and Kale and I would spend one more year living in New York City. We’d visit our favorite parks, restaurants and museums. We’d spend lots of time with our friends. And we’d enjoy those uniquely Brooklyn experiences, like walking from our apartment across the Manhattan Bridge into Chinatown for dim sum. I had been mentally prepared to leave New York for years, but I still had a “before we leaveâ€ bucket list.

We also needed to find housing in Asheville during that year. We decided that we would fly to Asheville for a weekend in August or September to tour some rentals and hopefully sign a lease. I logged onto Zillow every single day salivating over all the houses we could rent for much, much less than our falling-apart one-bedroom in Brooklyn.

It would be a busy year, but the plan for 2019/2020 was clear: see the people (and dogs) we loved, go places/do things, pack, and rent a new apartment. And if I could convince my husband that we should get rid of our busted old couch at some point, all the better.

That plan fell apart entirely at the beginning of March when COVID-19 ripped through New York City, hitting Brooklyn especially hard. The change was stark: on the night of my birthday, Kale took me out to dinner and to a Broadway show, where we sat packed knee-to-knee in the upper deck. The very next night, I canceled birthday drinks with my friends, deciding the risk was too great to gather in person. An ominous, urgent feeling had settled over the city almost instantly. Instead of celebrating at a bar around the corner, Kale and I stood in a long queue at our local grocery store with a shopping cart full of pasta sauce and beans. That Broadway show ended up being the last time I “went outâ€ in New York City, period.

Compared to the trauma suffered by so many people throughout New York City, our experience of COVID-19 was vastly easier. We both remained working and we were able to work from home. That we are childfree – and not suddenly burdened with distance learning or childcare – also meant we didn’t experience the same difficulties as so many others. But nevertheless, our lives became very small during the quarantined months, especially during the period when all non-essential businesses were closed. We seldom left our apartment because there simply wasn’t anywhere to go; going to the laundromat or Walgreens constituted a BIG TRIP. Every day was Blursday: we tapped away at our laptops on our couch (which I had now grown to loathe), we cooked dinner in our small kitchen, and in the evenings, we watched TV or read.

If I had been hitting Zillow and Craigslist listings hard before, I became a full-on real estate junkie. Perusing the available housing in Asheville was meant to be research, but it also became much-needed escapism:

Look at all those yards!

Look at all those porches!

Look at all those kitchens that have more than a foot-and-a-half of counter space!

Look at all those houses with multiple rooms so that a married couple who now spends 24 hours a day together might not spend all of it in the same confined space!

Scoping out houses in Asheville revealed something concerning, though: rental prices were quickly going up. During 2019 and the early part of 2020, there were lots of 1,200-square-foot homes with a backyard and a porch that rented for $1,500 a month. There were more expensive places with more bells and whistles, and there were less expensive places that were tinier. But it was entirely possible to rent a house within our desired budget where I could have a home office and a porch to drink my morning coffee.

Or it was entirely possible, until late spring and early summer when I noticed similar places started asking for $1,800 or even $2,000. The changes in the housing market weren’t a surprise, of course. Moving trucks became a near-constant presence in our neighborhood in Brooklyn. I was clearly not the only person feeling increasingly claustrophobic in my apartment. But I couldn’t help but feel mildly annoyed that our long-planned move to Asheville now coincided with so many other people’s decision to move.

As the pandemic worsened, how we would rent a new place to live began became its own logistical problem. The original plan had been to fly down during a weekend, but neither of us wanted to fly anymore. Driving from New York to North Carolina to look at apartments, and then doing that drive all over again for the move, seemed like a lot of work. I suggested that we move to Asheville and stay in an Airbnb until we found a place to live; Kale pointed out how that idea wasn’t feasible if we came down with a moving truck filled with all our stuff. In the way that a lot of life decisions during a pandemic aren’t so much about choices as they are about accepting from limited options of what is possible, I realized that we would probably rent an apartment that we would not get to see in person beforehand.

Once we accepted this reality, the best possible option seemed to be to find an apartment that had a lot of pictures online. In July, I found an apartment complex in Asheville with two-bedroom rentals within our budget that shared plenty of pictures, video tours and floor plans. It wasn’t in our desired neighborhood and didn’t have private yards. But it ticked every other box that an amenity-starved New Yorker could possibly want: ample kitchen counter space, a spare bedroom to serve as a home office, a washer/dryer(!), a dishwasher(!!), four closets(!!!), and a porch. A kind building manager took us on a walk-through over FaceTime, and we did our own snooping around the neighborhood via Google Maps. In September, we signed a lease.

I wish I could say there was a complete and absolute happy ending from there on out. And while there is most certainly a happy ending – we moved to Asheville, yay! – to be honest, the process of moving was one of the most stressful experiences that I have experienced in my 36 years.

First, packing up an apartment we had lived in for six years was exhausting work, and it was made trickier by the fact that I have some pretty severe anxiety about dust and dirt. (I am not a clean freak so much as I am extremely freaked out by things that I perceive as “dirty.â€) The long process of sorting through our things and packing them up pushed every single anxiety button that I have…hard.

Second, COVID complicated our hopes for saying goodbye to our friends and family. In normal times, we would have just thrown a big goodbye party, but obviously, that would be irresponsible to do during the pandemic. Instead, I mostly saw my friends and family one-by-one. Most of the time, I was the one expected to travel to see them and I got pretty resentful of it. These visits were meaningful to me, of course, but also took a lot more time than just throwing one party, and required this introvert to be “onâ€ a lot more than is usually comfortable.

Lastly, the move itself was a lot. It was less expensive for us to have our items put on a communal moving truck headed to the South, so that’s what we did. A moving company packed all our stuff on a truck during the second-to-last week of September … and then we waited.

The moving company told us that they would call us when they were near Asheville; it took much longer than we expected. Though this arrangement surely saved us money on the move, it meant we lived for the first 18 days in our new apartment with only what we’d brought with us in our car (kind of like a camping trip, I guess?). I am endlessly grateful that Kale agreed we should buy a new couch. We ended up sleeping on our new IKEA sectional for our first three weeks in Asheville. (Not that I’m complaining about that part – it is a great couch and honest-to-God more comfortable than our mattress.)

Amidst my considerable relief and gratitude about making this life change is a lot of uncertainty. Nothing about our last year in Brooklyn, or our move to Asheville, went to plan because of the pandemic. And honestly, not much about living here is going to plan because of it, either. It’s a big adventure to be sure, but much different from the adventure that I thought we would be going on. 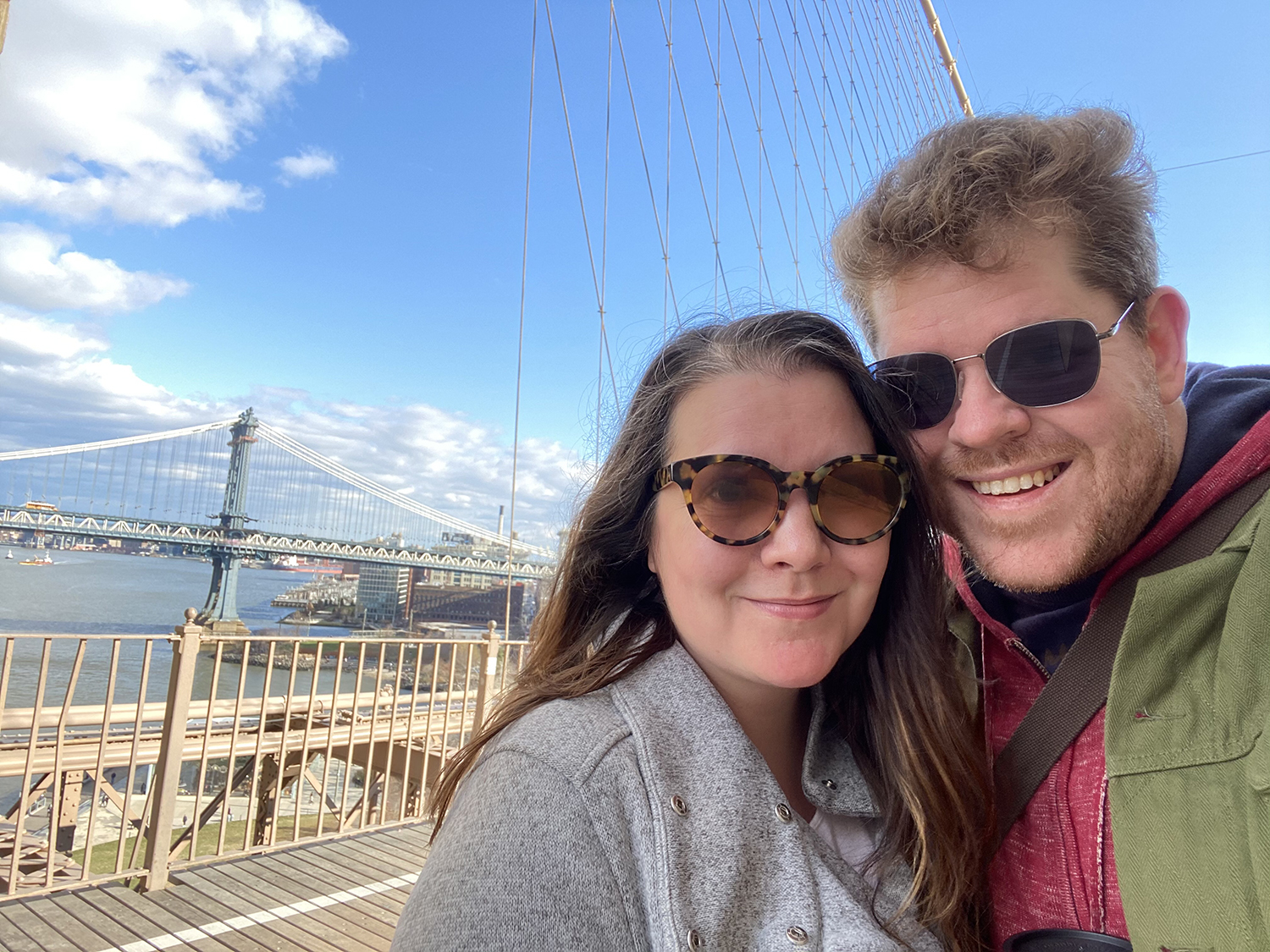