Why These Small Towns are Turning into Urban Living Destinations

Check out how these small towns are turning into urban destinations. 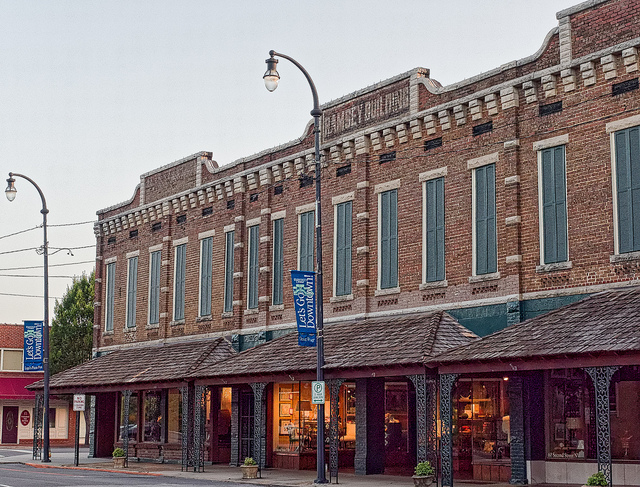 Cleveland / Courtesy of Allen Forrest under a CC 2.0 license.

In 2017, working has become more global than ever, thanks to readily available broadband. Moving businesses to smaller towns can be more cost-effective, and gives residents the opportunity to help revitalize downtowns by repurposing old main street shops and warehouses and transforming them into urban living spaces. Typically, “going downtown” in a small- to mid-sized community generally means to enjoy the culture that the town has to offer – but some downtowns are quickly transforming into places to live as well. Check out how these small towns are turning into urban destinations.

Between its small-town values, volunteer spirit and proud Southern heritage, Henderson may be a great place to live, but it’s becoming an even greater place to work. Tech startups like 8th Day Software are bringing a new energy and attracting talent that stimulates the economy and brightens downtown. 8th Day Software’s mission – “fueled by passion, driven by excellence” – extends past just the company’s clients. The mentality that talent come from anywhere is shared by several companies new and old in the region, and has become a key driver for the revitalization of Henderson’s downtown area.

Co-working spaces and urban sprawls are burgeoning in Wake Forest, and as a result, so are the creative and tech industries. Newcomers are drawn in by the youthful energy and Southern values. One example of Wake Forest keeping up with emerging values of innovation? A residential building was built as part of the new brewery, White Street Brewing Company.

In Cleveland, TN residents are creating urban lofts, or stylish upper floors of warehouse-esque buildings. While a small city in Tennessee may not seem like a destination for modern urban living trends, Cleveland is ahead of cure. “Cleveland is now undergoing an aggressive downtown revitalization program … Our unemployment rate is extremely low and our citizens enjoy many quality of life opportunities,” says Mayor of Cleveland, Tom Rowland. Amenities like access to outdoor recreation opportunities, emerging modern transportation and community pride make “The City With Spirit” a great place to live and work.

Los Gatos is not only home to its mountain lion namesake, but also to the headquarters of the trailblazing content streaming service, Netflix. Ranked No. 314 on the Fortune 500 list, Netflix employs over 3,800 workers and plays a major role in Los Gatos’ economy. As part of Santa Clara, Los Gatos has access to attractive resources and amenities such as top-tier education opportunities, quality health care, and the beautiful Sierra Azul Open Space Preserve.

International Business Machines Corporation, more famously known as IBM, is a tech company that leads in creation, development and manufacture of information technologies, like software, storage, computer systems and microelectronics. Founded in 1911, IBM ranks 31 on the Fortune 500 list and employs 411,798 workers Armonk is a great place to live because of its quaint and interesting neighborhoods, easy access to nature, the biological field station branch of Fordham University, and Revolutionary War historic sites. However, there’s no denying the significant economic impact of IBM’s presence that has boosted the city for over a century.