8 Things to Do in Beaumont, Texas

Learn why there's never a dull moment in this East Texas town. 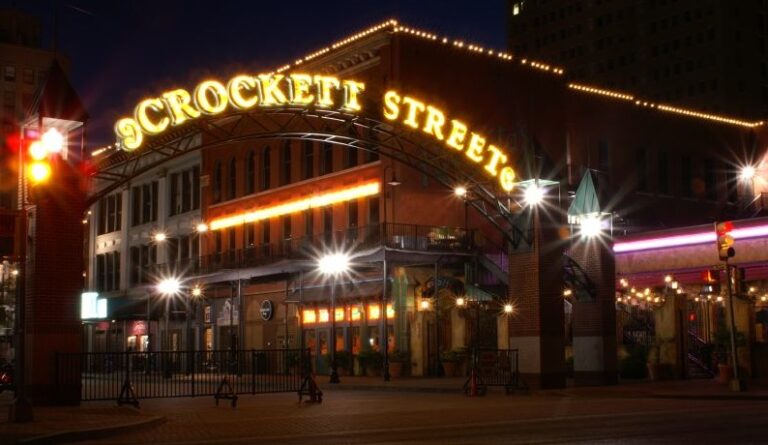 Courtesy of Ronnie Vonner under a CC 4.0 license.

Living in Beaumont, Texas, is the best of two worlds. The East Texas town offers residents a perfect mix of small-town charm and big-city conveniences. And with a thriving arts and culture scene, a host of outdoor recreation opportunities and a community-oriented university, residents find there is always plenty to do in Beaumont.

TEXANS GET IT: The Six Best Things About Living in Texas.

1. Cheer for the Cardinals

Lamar University‘s althletics program includes NCAA Division II men’s and women’s basketball, soccer, tennis, baseball, softball and women’s volleyball. Lamar, a comprehensive public university, is home to more than 15,000 students and is one of the fastest-growing universities in Texas.

Learn more about the industry that made Texas an economic powerhouse at the Texas Energy Museum. Through a series of interactive, educational exhibits – including talking robots – the museum chronicles the history of the petroleum industry in Beaumont and throughout the Lone Star State.

Have a hand-dipped malted, onion rings and a burger at Willy Burger, a local favorite and home to one of the best burgers in Texas, according to thetexasbucketlist.com. While foodies may appreciate Willy Burger’s use of locally sourced beef and gluten-free hamburger buns, most people just love the delicious diversity of the restaurant’s menu, which includes such specialties as the Booty Burger, topped with fried bourdain, creole mustard and jalapenos.

Take a drive through the Oaks Historic District, an enclave of historic homes just west of downtown. The neighborhood, which is bordered by Beech Street to the north, Rusk Street to the south, 1st Street to the east, and 11th Street to the west, is one of the largest historic districts in Texas.

Treat your senses to one of more than a dozen concerts by the Symphony of Southeast Texas, Beaumont’s symphony orchestra. The orchestra, which traces its history nearly 100 years to the establishment of the Beaumont Music Commission, performs at the Julie Rogers Theater in downtown Beaumont. Past performances include a tribute to Beethoven and a pops-series concert When Swing Was King.

Stop and smell the Texas roses at the Beaumont Botanical Gardens in Tyrell Park. The gardens, which are free and open to the public, feature dozens of different plant species, most of which are housed in the 10,000-square-foot Warren Loose Conservatory. The garden is also home to the Bert and Jack Binks Horticultural Center, which features an impressive collection of botanically inspired artwork.

GET FESTIVE: Learn about the Texas Rose Festival.

Allow the Beaumont Community Players to entertain you, as they have been doing for audiences since 1925. The theater troupe schedules a full calendar of performances at the Betty Greenberg Center for Performing Arts.  “The only word I can think of is brilliant,” says local resident Michael Osborne of the performances. “What an awesome treasure right here in our own community.”

Take a canoe or kayak ride down the Neches River, which flows for 416 miles before emptying into the Gulf of Mexico. Known as “the Last Wild River in East Texas,” the river’s waters are perfect for water adventurers.

The only word I can think of is brilliant. What an awesome treasure right here in our own community.”