Transit, roads, entertainment and retail projects spring up throughout city 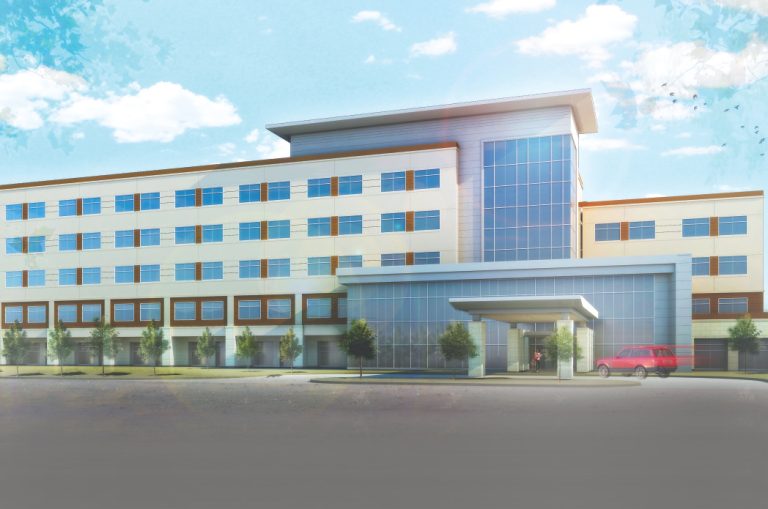 El Paso / Courtesy of the Hospitals of Providence

El Paso is having a growth spurt, with construction projects underway in the downtown/central district as well as the east, northeast, west and northwest portions of the city.

El Paso: One of the 5 Best Cities for Parks in the U.S.

One of the biggest efforts is the El Paso Streetcar Project. This $97 million undertaking involves installing 4.8 miles of rail tracks along several main roads for streetcars that will transport passengers around downtown and the University of Texas of El Paso district. Passenger service will begin in late 2018.

“This will be a true transit system, not just a tourism attraction,” says Raymond Telles, executive director of Camino Real Regional Mobility Authority. “Many users will be conventioneers staying in downtown hotels near the El Paso Convention Center, but all residents and tourists can ride the streetcars to destinations like Kern Place, Sunset Heights, the international bridges, Cincinnati Entertainment District, the downtown shopping district, UTEP events and more.”

And speaking of downtown, another project in the planning stage is a Children’s Museum to be constructed at the corner of West Main and North El Paso Street. The museum, tentatively scheduled to open in 2018, will be in the Downtown Arts District.

East El Paso is located just north of Interstate 10, east of Airway Boulevard, and south of Montana Avenue, with a population of 150,000 in the fastest-growing part of the city. It features the greatest number of entertainment venues, and another one is projected.

A 92-acre Eastside Regional Park is in the planning stages, and will be located at the intersection of Montana Avenue and Hueco Club Road. Amenities will include a 50-meter pool, recreation center, splash pad, lazy river and several multi-use sports fields.

A new 140-bed Transmountain Campus teaching hospital opens in Northwest El Paso, on the west side of the Franklin Mountains, in 2017. Also in Northwest El Paso, the multi-use Montecillo community continues to develop. The latest part of the development to open there, Alamo Drafthouse Cinema, allows moviegoers to enjoy dinner and drinks while watching movies.

“Montecillo has upscale apartment and townhouse options while single-family homes are scheduled for the near future, plus the development features convenient shopping and entertainment as well as short and easy work commutes,” says David Bogas, Montecillo director of development. “It is also a very walkable community.”

In West El Paso, the 7.4-mile Border West Expressway is under construction to provide an alternate to Interstate 10, primarily to give eastern and western El Paso commuters easier drives to and from downtown. A 5.6-mile section of the expressway will be a toll road from Racetrack Drive to the end of existing Loop 375.

“One major highlight will be a new multi-ramp interchange to connect Loop 375 with Paisano Drive and Delta Street, providing eastbound and westbound access to the city’s center,” says Mandra Ryan, manager of public information for project contractor Abrams-Kiewit. “Border West Expressway should be completed in the fall of 2017 and is one of the most dynamic projects that El Paso has ever seen.”