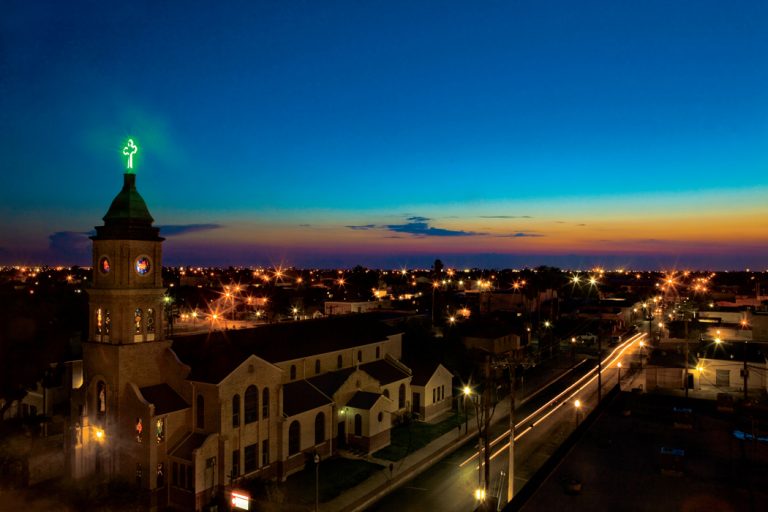 McAllen gets all fired up in mid-April when the annual Sizzling In the Tropics Bar-B-Q Cookoff takes place in the McAllen Chamber of Commerce parking lot on Ash Avenue. The fifth annual cookoff is set for April 2016.

More than 1,000 spectators taste-test barbecue prepared by 30 cooking teams from throughout the Rio Grande Valley who compete in four categories: chicken, pulled pork, ribs and brisket. There is also an optional Jackpot category with competitions in beans and pan de campo (cowboy bread).

“What’s different about our cookoff compared to most others is that the public actually gets to sample as much meat as possible from all 30 teams, compared to most other competitions where only the judges typically taste the foods from each team,” says Gerry Garcia, vice president of special projects for the McAllen Chamber of Commerce, which organizes the event. “The McAllen cookoff is much more than just arriving and smelling everything. It’s about tasting everything, too.”

Tickets for the cookoff are $15, with children under 10 admitted free. The ticket price allows people to try any barbecue they want while also enjoying live bands and a beer garden.

“The hours for Sizzling In the Tropics are on a Saturday from noon to 5 p.m., and all ticket holders get to cast a ballot for their favorite barbecue choices in all categories, with the winners announced at the end of the day,” Garcia says. “During each of the first four years, a team called Pro Pit Cooking was crowned grand champion. Obviously, they are the team to beat in April 2016.”

The annual competition is sponsored by H-E-B Grocery Stores, which supplies all the meat to the 30 cookoff teams.

“Also worth mentioning is that most barbecue competitions are usually staged on grass in a park somewhere, but our event occurs on parking lot pavement, and many past teams have commented how they enjoy having their cookers on pavement,” Garcia says. “As for the chamber, we organize, sign teams, set the rules, find volunteers, market and host the event, and it is one of our most popular – and tastiest – gatherings of the year.”

Spend a Day in McAllen, TX