Skip to content
Home > TX > Tyler > Love Where You Live > Football Has Impacted the Tyler, TX, Region, Both On and Off the Field

Football Has Impacted the Tyler, TX, Region, Both On and Off the Field

Many football legacies have begun in Tyler, Texas. 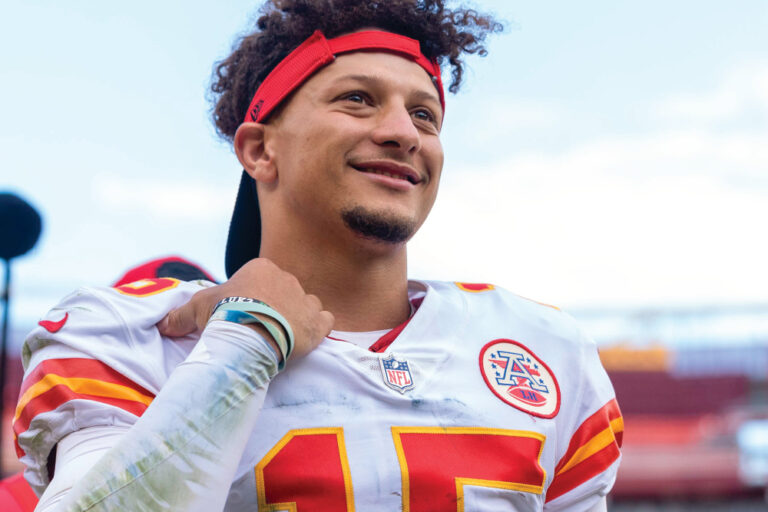 When Ricklan Holmes walked the halls as a student at Tyler High in the 1990s, he often was drawn to the photos on the wall of the school’s most famous football alum: Earl Campbell. The running back, nicknamed the Tyler Rose, won a state championship at Tyler High School in 1973, was awarded college football’s Heisman Trophy in 1977 and went on to a Hall of Fame career in the NFL.

“Earl Campbell is a great representation of the hard work and dedication that Tyler is all about,” says Holmes, who has been the head football coach at Tyler High School since 2012. “Growing up, I felt like if I worked as hard as he did, I could possibly be somebody who also had success. We are well represented in this community, not just by Earl Campbell, but by all the successful players who have come behind him. And I wanted to be one of those people.”

Holmes did just that, turning his time as a football player at Tyler into a scholarship offer from Oklahoma State and a brief stint in the NFL. He is one of hundreds of graduates from Tyler High and Tyler Legacy High School who have gone on to play college football over the years and is among several dozen with roots in the Tyler area who have competed in the NFL.

Discover 10 must-try activities for families in and around Tyler.

In addition to Campbell, the most famous names are quarterbacks Patrick Mahomes and Johnny Manziel. Mahomes, a native of nearby Whitehouse, has led the Kansas City Chiefs to two Super Bowls in his four years as the team’s starter, winning it all in 2019. Meanwhile, Tyler native Manziel won the 2012 Heisman Trophy at Texas A&M after becoming only the fifth player in college football history to pass for more than 3,000 yards and rush for more than 1,000 yards in a season.

“This area is a hotbed for high school football talent,” says Joe Willis, who took over as the head coach at Tyler Legacy in 2020. “On a wall at the school, we have pictures of former players who have gone on to the college level, and it stretches all the way down the hall. Our players get to see the faces of real people who were here in the same situation they were in, then went on to have success in college.”

While the passion for football in the Tyler area runs high, Willis says the sport is always viewed through the context of helping prepare the players – and all students – for life after school.

“I look at myself first and foremost as an educator,” Willis says. “I’m in the business of growing up kids and giving them opportunities that they wouldn’t have otherwise. We just use football as a vehicle to do that. Good people make good players. So, we’re working on making our players the best people they can possibly be.

The parents and this community are all committed to giving their kids the best opportunities, the best facilities and the best education that they can. Playing football and sports is just icing on the cake. The people here have invested in our kids, and it shows.”

Holmes says that well after the Friday night lights fade at Rose Stadium, it is important that the players still have a bright future ahead. “If you go to Rose Stadium when either the Tyler Lions or the Legacy Red Raiders are playing, you’ll see how engulfed this city is in football,” Holmes says. “People here appreciate that they have two quality football teams representing this area. But what we have going on around here is bigger than just football. It’s about our community showing who we are and the things that we stand for.”

“The parents and this community are all committed to giving their kids the best opportunities, the best facilities and the best education that they can.”

Rooting for the Holmes Team

Ricklan Holmes had a chance to continue chasing the NFL dream in 2005. Instead, he took the first step toward what he now considers to be his dream job.

After graduating from Tyler High School in 1998, Holmes accepted a scholarship offer to play football at Oklahoma State University, then spent two years trying to make it in the NFL. But when he had an opportunity to sign with a new NFL team before the 2005 season, Holmes called an audible and accepted a position on the coaching staff at Putnam City High School in Oklahoma City.

Two years later, Holmes returned to Tyler to become an assistant coach at his alma mater. He took over as head coach in 2012, a position he has held ever since.

“I wanted to coach at my home, and hopefully give these young men the same opportunity that was presented to me,” Holmes says. “I want to help them go to college, get their education paid for and make their quality of life better.”

Affordability, jobs, and delicious food are only just the tip of the iceberg.

“I take pride not just in winning football games, but in the opportunities I’m able to help present to my players. We’ve had 117 kids get college scholarships since I’ve been coaching here. That’s 117 opportunities to change not just their life, but their family’s life as well.”

While such a role would be meaningful to Holmes in most any city, he especially enjoys being able to do so in Tyler.

“This is a great place to live and raise a family,” Holmes says. “We have some really good people here, some great businesses and opportunities. Our community is beautiful, and I’m glad I made the choice to come back here.”

Get to Know Tyler

Want to learn more about living and working in Tyler, TX? Check out the latest edition of Livability Tyler, Texas.