Commuting is a breeze in and around Tyler, Texas. 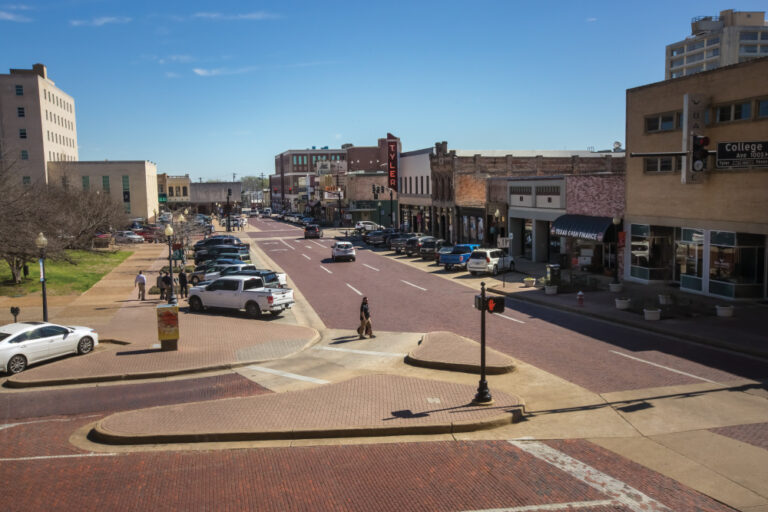 When it comes to traveling around as well as in and out of Tyler, residents have easy access to multiple forms of transportation, making commuting a breeze. In fact, city leaders continue to work to make the region an even more motorist-friendly area.

“We are an economic hub for East Texas, so we see a big influx of traffic every day,” says Cameron Williams, traffic engineer for the City of Tyler. “We just wrapped up an Intelligent Transportation System Master Plan that will use top technology to improve our traffic signal system, especially during morning and evening rush hours. Tyler wants motorists moving quickly, efficiently and safely to and from the city.”

As for those interested in public transportation, Tyler has options. The Tyler Transit bus system offers five bus lines that run throughout the region, and Tyler Pounds Regional Airport, which is located only 10 minutes west of downtown, offers nonstop jet service to Dallas Fort Worth International Airport.

In addition to having a strong transportation infrastructure, Tyler is also a highly walkable community, boasting a national walk score of 81 out of 100. This means many errands can be accomplished in just a short walk. Options are also available for residents who like to lace up their shoes and walk for entertainment and exercise. In fact, Tyler Parks and Recreation oversees 14 trails that stretch more than 50 miles total. A few examples include Legacy Trail and Rose Rudman Recreational Trail and hiking paths at Faulkner, Lindsey, Noble E. Young, Southside, T.R. Griffith, W.E. Winters, Windsor Grove and Woldert parks. Residents can also walk at Tyler Rose Garden, the Glass Recreation Center, Tyler State Park, The Cascades and The University of Texas at Tyler (UT Tyler).

As for area cyclists, Tyler is home to a few places where you can get your pedals turning, but even more are on the way. In January 2021, the City Council approved a construction contract with Stripe-A-Zone to begin the Tyler Bike Stripes Project, which is adding over 36 miles of bicycle lanes and shared lanes throughout the city, connecting 11 routes to a centralized hub in the downtown area. The project is also providing distinct lane markings and signs, giving bicyclists a designated space to ride on the roadways and increasing safety.

“UT Tyler headed up the project and design, and the city received a Transportation Alternatives Set- Aside grant from the Texas Department of Transportation that includes federal money,” Williams says. “When completed, bicyclists will have a central hub in the downtown area, then ‘spokes’ go out to all parts of the city to connect to college campuses, trails and parks.”

The city is already home to an active Tyler Bicycle Club, and the trails will serve to give people even more opportunities to bike, rather than drive.

“We are an economic hub for East Texas, so we see a big influx of traffic every day.”

“As for motorists tolerating bicyclists, Tyler drivers aren’t too used to bicyclists, so the striping of lanes and signs will also serve to increase awareness,” Williams says. “It’ll take some time – this will be a transition and learning period for everyone.”

One Tyler resident who can often be found on his bike is Samuel Richman, owner of Café 1948 downtown.Richman moved to Tyler seven years ago and has a professional cycling background.

“This new striping and sign project will benefit a lot of people,” he says. “I have a couple of employees who live downtown and bike to work, and they are also seeing the improvements in bicycle access and safety. Bicycling in Tyler is becoming much more of a normal thing.”