Skip to content
Home > TX > Where to Live Now > Moving to Texas? Here are the Basics

From large urban areas to miles and miles of wide open spaces, the vast regions of Texas offer new residents a good chance of finding a location that best fits their desires. 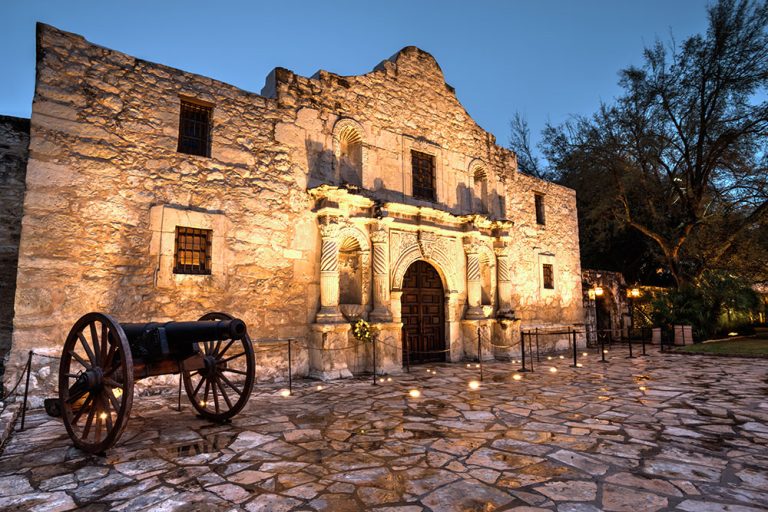 With three of the largest cities in the U.S., more than 360 miles of coastline, and a single interstate route of more than 850 miles, the sheer size of the Lone Star State and its widely varying topography offers a multitude of choices for prospective residents. Rich in history and culture, Texas is home to the nation’s largest oil reserves, and features beaches, mountains, deserts, miles of ranchland, and acres of forests. As the saying goes, everything is bigger in Texas.

The weather varies greatly from region to region across the state, from the maritime climate of the Gulf Coast to the dry, arid conditions of west Texas. Summers are generally hot with average temperatures in the mid-90s across much of the state, with winters in the mid-60s. Rainfall also varies across the state with Beaumont in the eastern part averaging about 60 inches, while El Paso in the far west averages just under 10 per year. The northern plains area, including Amarillo, El Paso and Lubbock, is the only region likely to receive more than six inches of snow annually. Texas averages more tornadoes per year than any other state, and the Gulf Coast has been hit by numerous major hurricanes, including Harvey (2017), Ike (2008), Rita (2005), Celia (1970), Carla (1961). The Galveston Hurricane of 1900 is the deadliest in U.S. history with some estimates putting the death toll as high as 6,000.

From Major Cities to Breathing Room

Austin, the state capital and home to the University of Texas – as well as an internationally renowned music scene – routinely ranks high among the best cities in the state in which to live. The three large metro areas – Houston, San Antonio and Dallas – also rank high. Houston is home to the NASA Johnson Space Center, the Port of Houston – the largest on the Gulf Coast, and professional sports teams Houston Astros (baseball), Houston Texans (football) and Houston Rockets (basketball). San Antonio, home of the Alamo and the San Antonio Spurs (basketball) ranked third among the 15 U.S. cities that recorded the largest population jump from July 2015 to July 2016. Dallas and nearby Fort Worth had 22 of the 50 companies in Texas on the Fortune 500 ranking for 2017. The metro area also is home to the iconic Dallas Cowboys (football), Dallas Mavericks (basketball), Texas Rangers (baseball) and Dallas Stars (hockey).

Many fast-growing suburbs are attractive to families because of affordability and quality school districts.

Led by ExxonMobil, Texas placed 50 companies on the 2017 Fortune 500 list, trailing only New York (54) and California (53). Of the Texas companies listed, 22 were energy-related. Dallas is the headquarters of telecommunications giant AT&T, as well as both American Airlines and Southwest Airlines. In 2016, Forbes listed Texas as No. 4 among best states for business overall and first in economic climate. According to the Texas Economic Development Division, “If Texas were a nation, it would be the 10th largest economy in the world.â€

Texas’ largest companies offer employment opportunities in a wide range of career fields. The oil and gas industry, and other energy companies, have 22 ranked in the Fortune 500. With major universities such as the University of Texas, Texas A&M, Texas Tech, Rice, Baylor, and University of Houston – along with several large two-year college systems – higher education is among the state’s largest employment fields. Health care also is among Texas largest industries, including the University of Texas MD Anderson Cancer Center in Houston, which is the state’s largest single employer.

Escapes For Every Interest

From history to culture, outdoor activities to urban exploration, Texas offers a wide range of leisure-time choices. In the southwest corner, Big Bend National Park offers a remote getaway along the Rio Grande River amongst the rugged scenery of the Chisos Mountains. The Gulf Coast offers miles of sandy beaches, including Padre Island National Seashore near Corpus Christi, and South Padre Island, about 100 miles south near Brownsville. For visitors to San Antonio, the Alamo is a must-see, along with world-renowned River Walk through the heart of downtown.

The State Fair of Texas, held each autumn in Dallas, attracted more than 2.4 million people during its 24-day run in 2016. Dallas also is home to the Sixth Floor Museum at Dealy Plaza, site of the assassination of President John F. Kennedy. Houston offers NASA’s Lyndon B. Johnson Space Center, including its historic Mission Control. Other attractions include Guadalupe Mountains National Park, about 100 miles east of El Paso; the Texas State Capitol in Austin; and the Moody Gardens and Aquarium in Galveston.

Cost of Living Attractive To Transplants

Several surveys list Texas among the Top 10 in most affordable states in which to live, with housing among the lowest average costs. Rising housing costs in other parts of the country, combined with employment opportunities, make the state a viable option for many. According to the Texas Demographic Center, about 4.8 million people moved to Texas from other states between 2005 and 2013, making it No. 1 in incoming domestic migration.

Texas is basically cut into quarters by two major interstate highways, I-10 running east-west from El Paso eastward to the Louisiana state line; and I-35, which runs from the Oklahoma state line in the north, down to  Laredo on the border with Mexico. As with all heavily populated areas, Texas’ largest metro areas – Houston, Dallas–Fort Worth, Austin and San Antonio – have traffic concerns, but not on the scale of Los Angeles, Chicago or New York.  Both American Airlines and Southwest are headquartered in Texas. With driving time between El Paso and Beaumont estimated at roughly 11 Â½ hours, in-state flights are common with a wide range of international and regional airports.

Because of its size and diverse economic population, public education in Texas varies greatly in quality. Survey results vary, but many cities have highly rated school K-12 districts. Texas is home to many top public universities, including the University of Texas at Austin, Texas Tech, Texas A&M and the University of Houston; as well as private universities such as Rice, Southern Methodist University and Baylor. Texas also has a wide range of two-year community colleges with more than 700,000 students.

From a culinary standpoint, it’s impossible to ignore Texas’ affinity for barbecue. As to which argument is the best barbecue, it’s obviously a personal choice – as well as a never-ending, non-winnable argument. Numerous online lists are available.

From Bob Wills to Buddy Holly to ZZ Top – along with singer-songwriters such as Willie Nelson, Jerry Jeff Walker, Billy Joe Shaver and Robert Earl Keen – Texas has a rich, historical musical culture. The capital city of Austin, which bills itself as the “Live Music Capital of the World,â€ features dozens of venues that offer live music on any given night. It’s also the home of the long-running public TV show, Austin City Limits, which offers limited tickets for live tapings. The annual South by Southwest (SXSW) conference and festival brings thousands of fans and industry professionals to Austin for a convergence of music, film and interactive industries. For live music, check out Texas’ oldest dance hall, Gruene Hall in New Braunfels, or the John T. Floore Country Store in Helotes.

For an in-depth introduction to Texas music, check out Larry Joe Taylor’s Texas Music Festival held each spring at Melody Mountain Ranch near Stephenville, about 110 miles southwest of Dallas.

Another unique tour stop is the Spoetzl Brewery in Shiner, the oldest independent brewery in Texas and producer of Shiner Bock beer.