From the fact that it's free to the live performances and artistic talent, the festival is a celebrated event. 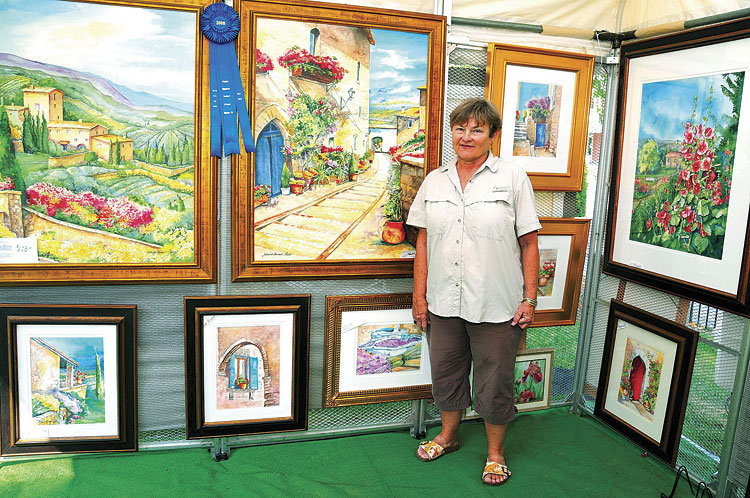 The long-standing Virginia Highlands Festival has been celebrated in Washington County since 1948. The free, summertime event occurs for 16 days and 16 nights during late July and early August. The festival showcases 150 top artisans from all over the country who display their crafts on Abingdon’s Barter Green and on the lawn of the Martha Washington Inn. The event has garnered several accolades over the years, including Sunshine Artist magazine naming it one of the 200 best arts-and-crafts shows in the United States.

In addition, the American Bus Association has named the Virginia Highlands Festival one of the Top 100 Events in North America‚ and the Southeast Tourism Society named it one of the Top 20 Events in the Southeast USA for the summer. The festival attracts between 250‚000 and 300‚000 people who spend time and money in Washington County over the course of the event.

A volunteer board of more than 100 area residents works for an entire year to plan and organize festival activities. Besides arts and crafts, other attractions during the celebration include photography exhibits‚ creative writing workshops and contests‚ fiber arts workshops and exhibits‚ historical walking tours‚ hot air balloon rides‚ gardening symposiums‚ a wine-tasting symposium and a Celtic weekend.

A movie showcase is also scheduled at the historic Barter Theatre in Abingdon. Also part of the overall entertainment is an antique market, which, for many people, is the centerpiece of the festival. The 45,000-square-foot market features several tents filled with country furniture, collectibles, folk art, jewelry, books and sterling silver. The market also includes quilts, clothing, porcelain, rugs and paintings.