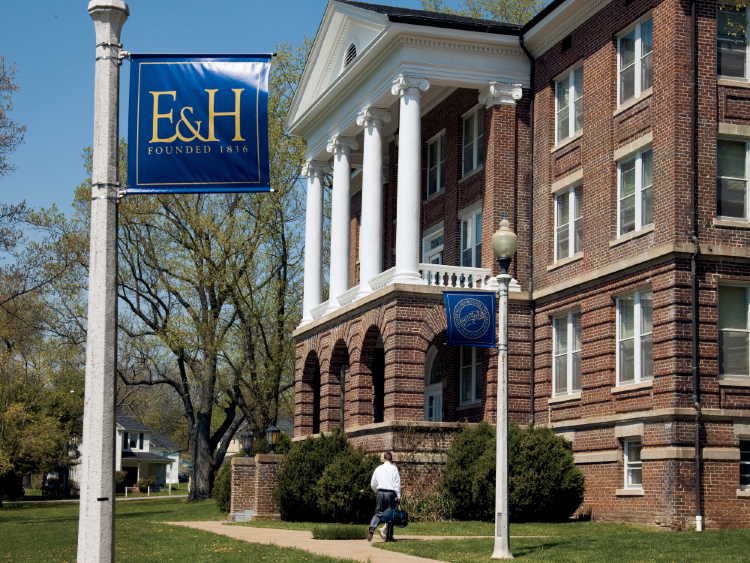 America’s college campuses are often criticized for being elitist “ivory towers” of academia‚ disconnected from the communities that host them. But that’s certainly not the case at Emory & Henry College‚ where community participation and service are a way of life.

“At Emory & Henry‚ we very much proactively reach out to the community around us and we ask our students to genuinely make a difference and to help provide solutions to problems they encounter right here in our own backyard. Our students learn in a very real sense that their own lives change for the best while they are helping others,” college administrators explain.

Perhaps that explains why E&H’s most prominent academic offering is its public policy and community service program‚ a draw for many of the 1‚000 or so students at this liberal arts college.

Emory & Henry first opened its doors to students in 1838‚ giving it the distinction of being the oldest college in southwest Virginia and one of the few colleges in the country with an entire campus listed on the National Historic Register. The college was named for two prominent men – church leader Bishop John Emory and patriot Patrick Henry of Revolutionary War fame – and occupies 168 acres in the small village of Emory‚ not far from Abingdon.

And those aren’t the only famous names associated with E&H. Notable early alumni included Civil War Gen. Jeb Stuart‚ class of 1851‚ and Robert Joshua Reynolds‚ famous for his R.J. Reynolds Tobacco Co. In more modern times‚ there was Edward C. Huffaker‚ who assisted the Wright brothers at Kitty Hawk‚ as well as Dr. William B. Looney‚ class of 1944‚ an early pioneer in cancer research.

Though mindful of the school’s illustrious past‚ today’s students seem to have chosen E&H for more than its past reputation.

E&H students may work hard, but they play hard as well – particularly on the ball fields. Emory & Henry has long been a small-college NCAA football power. Followers of the Wasps’ grid fortunes are so loyal that E&H often has more people in the stands at away games than the home teams do.