We'll just come out and say it. 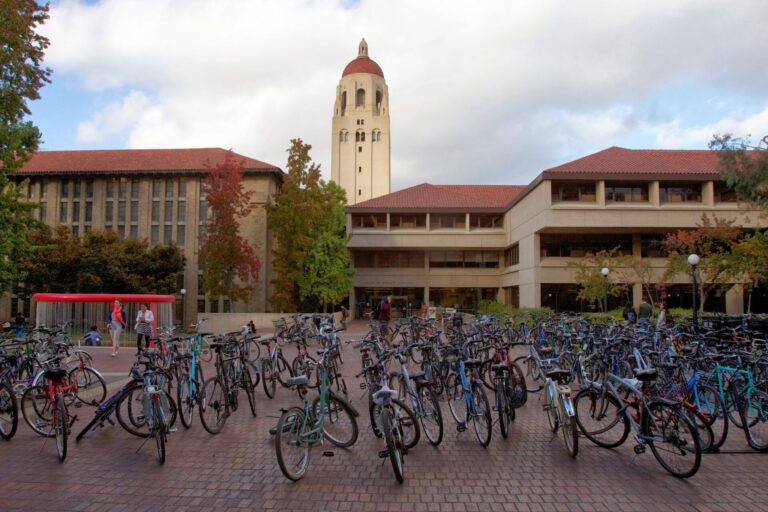 Any conversation about education in Palo Alto must start with Stanford. The high-ranking research university is literally the reason Palo Alto exists. I sat down with Chamber of Commerce director David MacKenzie who told me that when Stanford was developed in the 1800s what is now Palo Alto’s California Avenue business district was in the town of Mayfield.

“As the story goes, the Stanfords didn’t want any alcohol around the university. Mayfield had a bunch of bars and saloons, so the Stanfords came up here and laid out the city of Palo Alto,” he says. Palo Alto was dry until 1971.

There’s no denying that Stanford’s students and faculty have started many of the businesses – from Hewlett Packard to Yahoo! – that have made Palo Alto and the Silicon Valley what it is. MacKenzie refers to the town’s “innovative spirit,” which drives business and culture. As we saw in many of our top 10 best places to live, having an institution like Stanford can elevate the quality of athletic and cultural events for a city this size. I didn’t have time to attend a football game or a concert at the world-class new Bing Concert Hall, but I did spend some time biking around campus, meeting for coffee with a professor whose research I’ve followed, and attended a public lecture. How could a geek like me possibly miss a talk from a visiting professor, Amy Hiller, about using maps to create healthier, more livable communities? It made me want to go back to school.

In my overview, I mentioned the community schools. Stanford isn’t the only game in town as far as education goes. The K-12 public school system is a huge reason Palo Alto is a great place to live. That starts with the public school system and extends all the way to Stanford. GreatSchools, which provided city-level school ranking data for our study, gives Palo Alto a rare perfect 10. Many of the individual schools also get that high mark. A lot goes into creating a great school system – especially in California that has seen state funding drop a trend that might be starting to reverse.

Palo Alto: One of the 10 Best Places to Raise a Family in America

In addition to biking to school alongside some of the high schoolers, I went to Walter Hays Elementary School and spoke with parents on their way home or back to work after morning drop-off. They agreed that the schools were deserving of the GreatSchools praise.

“The public schools are like the private schools in Berkeley,” says Dr. Jong Yoon, who moved here recently from our third-ranked city for a position at Stanford. Fellow parent Laura Prentiss says that even beyond the schools, Palo Alto is a great place to raise a family because of all the other amenities – like a children’s library, a free zoo by the elementary schools and more.

That said, it comes with a price. Both cited the high cost of housing and property tax required to live in the school district. Prentiss also says that parents contribute a lot to make up for the gaps the state funding leave. Whether through the time required for dropping off and picking up the kids (there is very little busing in Palo Alto), fundraisers, or helping out in the classroom, parents have to be involved personally and financially. On one hand, it makes for a great educational system and strong community, but it can also make it hard for both parents to work.

What you hear in parts of Palo Alto are people who are in the upper reaches of affluent by most definitions, having many of the same problems you hear families struggling with in less affluent communities. How do I afford to live here as prices appreciate? How do I get my kids into a good, safe school? How do I get them to school and take care of them after school? How do I balance work with being involved in my child’s life?

One answer would be to sell the pricey home, move somewhere cheaper and have some money left over to answer some of those questions. Yet not only do parents stay, but homes that come on the market wind up getting multiple offers, according to my realtor tour guides Leannah Hunt and Laurel Robinson.

Why? Because it’s the best place to live.