Abingdon, VA is a great place to live with many family-friendly activities. 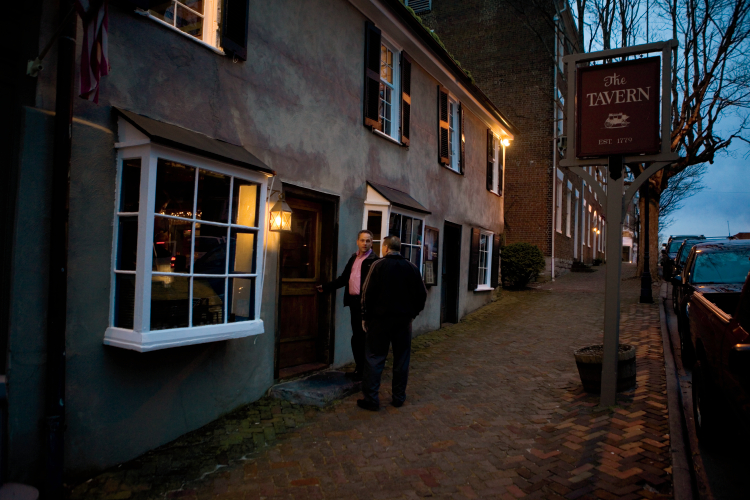 Small town America tends to fall into two categories. There’s the rural sprawl‚ so to speak‚ of a main drag dotted with golden arches and chicken buckets‚ gap-lettered signs and a mishmash of building styles. And then there’s the hometown of fable‚ with tree-lined streets and friendly neighbors‚ kids on bicycles and neatly swept sidewalks.

Abingdon falls somewhere beyond this idealized vision of small-town Americana. Its picture-perfect setting of gently hilly streets bordered with red-brick sidewalks and lined with beautifully restored historic structures is coupled with a cutting-edge technological vision that has singled it out as one of the East’s most forward-thinking small communities.

A fiber optic cable installed beneath Main Street has businesses‚ government and residents wired for whatever technology the 21st century plans to throw its way. Town leaders had enough vision and foresight 30 years ago to protect its historic roots‚ creating a solid planning strategy that continues today.

As towns go‚ Abingdon is a successful little village that still thinks big. It’s the sort of community that draws artists‚ nature-lovers‚ white-collar professionals and retirees looking for a haven that’s more hip than hick. And many of the 8‚000 or so natives never left at all‚ except for college and military service.

Former town planner Al Bradley is just such a person. “I grew up here. I was born here in 1946‚ and aside from time in college and the service‚ I’ve lived here the whole time‚” Bradley says. “I find it a wonderful place to live.”

And it’s not a bad place to work‚ either. Located along Interstate 81 just north of the Tri-Cities‚ Abingdon‚ the county seat of Washington County‚ sits about 2‚068 feet above sea level‚ something like a mountain-town version of Carmel‚ Calif. People here take as much pride in their town’s appearance as they do in its accomplishments.

Merchants maintain the 10-block downtown section in fine form all year round. In spring and summer‚ half-barrels stuffed with pansies‚ geraniums and other seasonal blooms dot the sidewalks near light poles constructed to look like old-fashioned gas lamps. In fall‚ shopkeepers and restaurant owners construct tableaux of hay bales and corn shucks.

By the time the annual Christmas parade marches through town in December‚ the buildings are decked in white lights and greenery‚ with red-bowed wreaths on every door. Houses from the 18th and early 19th centuries blend peacefully together. A Victorian house might well be neighbors with a Federal-style building on one side and a 1940s bungalow on the other. Somehow‚ the mix is harmonious.

“The nature of the town kind of goes back to some of the owners long ago who decided some of the old houses were worth keeping‚” Bradley says. “The town came along in ’71 or so and blessed it with a zoning ordinance to keep it that way.

“I think it’s very unique. I don’t know another town in the country I’ve seen that’s the quality of Abingdon … Someone said Abingdon is a lot like Williamsburg – except Abingdon is real.”

An extensive arts community contributes to the town’s cultural appeal. The famous Barter Theatre draws people from all over with its high-quality performances. Exhibits‚ lectures and festivals are held in Abingdon year round‚ and the Southwest Virginia Higher Education Center is the ideal place for some of the town’s many retirees to pick up a master’s degree or pursue training for a second career.

“It is an older community‚” Lay says. “The median age in the last census was 39.9 years. There’s not a lot of large industry here‚ so a lot of people do tend to come back here after they have retired.”

The city’s well-outfitted recreation center‚ parks and solid school system also appeal to growing families. Once a place where people chose to live while commuting to work elsewhere‚ Abingdon is transforming itself into a town where you can live and work comfortably.

The quality of life‚ the progressive city government‚ and the constant stream of activities make it a very attractive prospect. And quite without prejudice‚ Lay agrees. Abingdon is‚ she says‚ “a place for dreams.”