Get a guiding hand on the lay of the land. 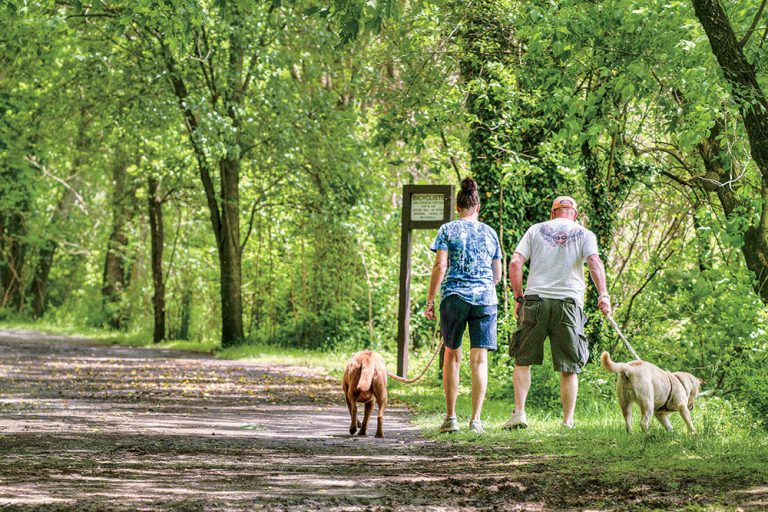 Dotted with small, charming communities that lure people with outdoor recreation, quaint accommodations and thoughtfully conceived independent restaurants and retailers, Washington County, Virginia, adjoins the state’s border with Tennessee. Here’s a quick guide to some of the highlights within each of the county’s best-known communities.

The county seat is known for its historically significant sites and features a well-known arts scene centered on galleries and museums that line Main Street.

“Abingdon is a quaint, friendly town that has a lot of historic character. Over the years it’s become a tourist destination, with two main draws: the Barter Theatre and the Virginia Creeper Trail, which brings us thousands of visitors each year,” says Abingdon Town Manager Jimmy Morani.

The Abingdon Historic District includes architecture dating to the late 1700s, including the Arts Depot, Barter Theatre, and The Martha Washington Inn & Spa. The Barter opened in 1933 and is the state theater of Virginia. It stages a variety of performances throughout the year, from musicals to comedies.

The William King Museum of Art features studio space for resident artists plus art exhibits and education programs. The Martha Washington Inn & Spa dates back to 1832 and offers the area premier lodging. It gets its name for having once served as a women’s college named after the first lady.

Abingdon is also home to 34 independently owned restaurants (that’s more per capita than cities like New York), including many local favorites. In town, a robust farmers market runs almost year-round. Nearby Abingdon Vineyards welcomes guests for wine tastings and picnics along the river. The town is also the starting point of the Virginia Creeper Trail, a well-trafficked trail for hikers, cyclists and equestrians.

10 Fun Things To Do in Abingdon, VA

From hiking on the Virginia Creeper Trail to attending a show at the Barter Theatre and more.

Seven nationally known trails intersect here, one of them being the 34-mile Virginia Creeper Trail.

“Damascus is known as Trail Town USA for numerous reasons. We’ve got quite a few trails that come through town, hiking, biking and horseback riding. We’re one of the closest gateways to Mount Rogers National Recreation Area, one of the closest base camps where you can stay and eat and then take your hike up and come back,” says Damascus Town Manager Gavin Blevins. “The whole community has embraced hiking and trails throughout its existence. Most of our culture comes off the Appalachian Trail, and our economy is supported by the Virginia Creeper Trail.”

How Washington County Residents Come Together for Community Wellness

There are numerous bike rental shops and a bike shuttle service that runs along the trail, and there are many local bed-and-breakfasts for visitors, such as the Dancing Bear, Dragonfly Inn and Crazy Larry’s, a hikers’ hostel. There are several independently owned restaurants, like Damascus Diner, 7 Trails Grill, and Wicked Chicken Winghouse and Diner. The town also has the Damascus Farmers Market.

The outdoors and recreation opportunities it offers are the main draws in Mendota, and hikers and bird-watchers flock to the old Mendota Fire Tower, which is on the National Register of Historic Watchtowers. Another favorite is the 12.5-mile Mendota Trail. For gear, Adventure Mendota River Outfitters provides people with everything needed to go fishing, kayaking or tubing. A recently reopened old-fashioned mercantile store called The Store@Mendota is in a structure that dates back to the late 1800s and offers unique gifts and Appalachian arts classes.

Emory is known for Emory & Henry College, and for sports fans, specifically, the college’s basketball and track events.

Several revitalization efforts are underway in Glade Spring, a small town of about 1,800 people located on the Salt Trail. Some of the new additions include a pavilion called the Point, which houses the town’s farmers market, and businesses on the town’s iconic square, like Fiddlehead Spa Salon Boutique, Sarah Jean’s Eatery, Suber & Sons General Store, custom clothing shop Lavelle Manufacturing and Town Square Center for the Arts.

Meet the administrators at two colleges and the library system.

“The Town Square Center for the Arts offers several classes for adults and children, anything from pottery to painting,” says Glade Spring Mayor Leighann Lloyd. “They’re starting an internship for students where you can craft your art but also make it into a business and market it yourself.”

The library hosts a family-friendly film series during the summer called Movies in the Square. Another attraction is The Nickerson Snead House, an Antebellum home that was used as a field hospital during the Civil War. 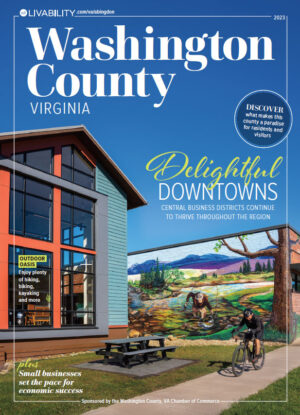