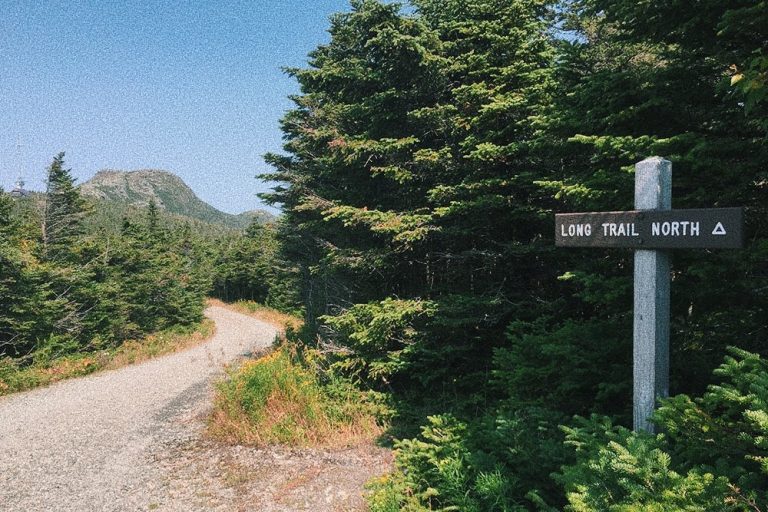 Some people will say this true crime boom is just a phase, but true Murderinos know better – America has always been fascinated with true crime. In the 1800s people turned out in droves to watch public executions and in the 1900s photographers like Weegee built careers by photographing grisly New York crime scenes.

Is true crime a slightly morbid obsession? Sure, but many devotees of the genre find it to be strangely comforting. Being aware of the worst things that can happen to a person sometimes helps ease the anxiety the comes with fearing those worst case scenarios.

So if you need to scratch that morbid itch, here are 10 landmarks worth visiting, from a Dallas museum that shows you the site of a presidential assassination to a small dive bar in Florida where one of America’s most notorious female serial killers was arrested. Pack a bag, jump in the car with a few episodes of your favorite true crime podcasts and, as “My Favorite Murder” hosts Karen Kilgariff and Georgia Hardstark say, “Stay sexy and don’t get murdered.”

Some true crime sites recognize their complicated history by building tasteful monuments or museums, and then there’s the Lizzie Borden Bed & Breakfast in Falls River, MA. Not only is the house where Lizzie allegedly violently murdered her father Andrew and mother Abby in 1892 now a bed and breakfast, but one of the guest rooms is the John V. Morse Room, the very same room where Abby’s body was found. A little too creeped out to stay overnight? Understandable. The house is also a museum and it offers tours, ghost hunting events and even reenactments for daytime visitors. While in Fall River stop by Oak Grove Cemetery, the final resting place for the Borden family (yes, even Lizzie), and if you need to lighten the mood afterwards, the beloved Ice Cream Barn – homemade ice cream from a working dairy farm! – is just 20 minutes away in Swansea.

The Sixth Floor Museum in Dallas, TX is dedicated to the life, death and legacy of President John F. Kennedy. Artifacts include “the Zapruder film,â€ the 8mm footage Abraham Zapruder filmed during Kennedy’s appearance – which indicentally captured the assassination – but the building itself is also part of the exhibit. The sixth floor of the Dallas County Administration Building (formerly known as The Texas School Book Depository), is where investigators believe Lee Harvey Oswalt was located when he shot and killed President Kennedy on November 22, 1963. They have recreated the crime scene with a replica of the gun. If you can’t make the trip but still want to experience some of what the museum offers, visit their website to see a live video feed of Dealey Plaza from the very spot Oswalt allegedly pulled the trigger. Oof.

At first glance, The Last Resort in Port Orange, FL looks like your average biker bar – graffiti covers the walls, broken-down bikes hang from a tree in the back. But look a little closer and you’ll quickly realize what incident made this bar “world famous.â€ The Last Resort is where Aileen Wuornos – the serial killer who murdered seven men between 1989 and 1990 – was arrested on an outstanding warrant while drinking a beer on January 9, 1991. Wuornos-related memorabilia covers the walls – there are photos, newspaper clippings and hand-painted memorials. Though she claimed she killed the men in self-defense after they attempted to assault her, Wuornos was still convicted of six counts of first degree murder and executed by lethal injection on October 9, 2002.

When it comes to America’s mobster history, most folks think of Chicago, New York and New Jersey – but Las Vegas has a deep, sordid relationship with organized crime, too, and much of it is on display at The Mob Museum. The museum’s prized possession is a portion of the brick wall from the 1929 Saint Valentine’s Day Massacre. Members of Al Capone’s South Side gang supposedly gunned down seven men affiliated with the rival North Side Gang at a Chicago garage and years later the garage wall was taken down brick-by-brick and rebuilt in Las Vegas – you can still see the marks left by several of the bullets. The museum is just a few blocks from the popular Fremont Street, so afterwards you can gamble at some of the very same casinos frequented by mobsters.

While the feds were never able to officially pin the Saint Valentine’s Day Massacre to Al Capone, they did arrest the famous mobster for tax evasion in 1931. And while on trial, Capone stayed at Chattanooga’s Read House Hotel, a hotel that still stands today. But Capone’s not even the hotel’s most notorious guest – that title belongs to Annalisa Netherly, a young woman who supposedly died in room 311 in the early 1900s. Whether Netherly was murdered by her lover in a fit of jealousy or died by suicide is still debated today, but one thing has been made clear by guests who’ve stayed there: Netherly has never left. People who’ve stayed in the room have claimed to see Netherly and experience strange sensations and sleeplessness. A good palate cleanser is just a 15 minute walk up the road at the Tennessee Aquarium, where two buildings are filled with penguins, sharks, otters, octopi and so much more.

Alcatraz. Sing Sing. West Virginia State Penitentiary. There are no shortages of historic prison tours in the U.S. But one that doesn’t always make the big lists is the Old Idaho Penitentiary, in Boise. Built in 1872, this prison operated for over 100 years before closing in 1973. One former inmate is Lyda Southard, one of America’s first-known female serial killers. She married seven times and supposedly poisoned and killed three of her husbands (and her brother-in-law and her daughter) in order to collect their life insurance money. After her trial she was sentenced to 10 years at the penitentiary but escaped in 1931. While on the run, she married yet again (!!!) though her new husband, Harry Whitlock, helped officials arrest her one last time. She was sent back to the Idaho prison, where she stayed until her release in 1941.

If you watched Netflix’s 2018 documentary “Wild Wild Country,” then you’re already familiar with the Rajneeshpuram, the fascinating (and disturbing) community that moved into Wasco County, OR in the 1980s. Several landmarks seen in the documentary still remain today, including the Wasco County Courthouse, AKA one site of the Rajneeshpuram’s 1984 bioterrorist attack. The Rajneeshees purposely contaminated salad bars at several local eateries with Salmonella in an attempt to keep locals from voting in the upcoming election, where Rajneeshees were hoping to win a seat in the Wasco County Circuit Court. They also spread the bacteria around various surfaces in The Dalles, including door knobs and urinal handles. Over 750 people fell ill, with nearly 50 victims needing hospitalization, but thankfully no one died from the poisoning.

If you’ve been to a post office in Chicago, IL, you may have already visited one of America’s most notorious true crime sites without even realizing it. H.H. Holmes was one of the country’s earliest and most violent serial killers – before he was executed by hanging in 1896, he confessed to murdering 27 people between 1891 and 1894 – and many of his victims were killed in what came to be known as “The Murder Castle,â€ a mixed-use building Holmes owned in Chicago. The building managed to survive a fire in 1895 (and how that fire started is still a mystery) but eventually the whole plot of land – Murder Castle and all – was razed in 1938. And what stands there today? The Englewood Post Office.

The Long Trail in Vermont

Technically, this might not count as true crime because, well, it’s unclear whether or not a crime has ever been committed. Between 1945 and 1950 five people disappeared from the same small section of the 274-mile long Long Trail on Vermont’s Glastenbury Mountain. Of the five victims, only one body has ever been recovered. Some believe a serial killer is to blame, others believe the disappearances in the Bennington Triangle are the result to something more appropriate for an episode of the X-Files, especially since there have also been reports of everything from strange noises and lights to inexplicable radio interference in the area. Don’t worry if the idea of hiking through such notorious woods gives you the heebie jeebies – Vermont’s Green Mountains are filled with hundreds of miles of trails, all with gorgeous views and less sinister history.

Ten minutes from Dolly Parton’s Dollywood in Pigeon Forge is every true crime fanatic’s idea of a good time. Alcatraz East Crime Museum is designed to look like both Tennessee’s First State Prison and California’s Alcatraz, and it is packed with all kinds of notorious mementos, including John Dillinger’s death mask, OJ Simpson’s white Bronco and Ted Bundy’s VW Beetle. Shudder. And while it may sound too morbid for the youngins, the museum welcomes families and even children with a “Junior Detectivesâ€ section specifically designed for kids. Not far from the museum and still on-theme for the day is Courthouse Donuts, a design-your-own-donut bar where you can get freshly made donuts topped with dozens of different toppings, from Fruity Pebbles and Lucky Charms to crushed candy bars and gummy worms. Their motto? “The taste is arresting.”