Skip to content
Home > WA > Where to Live Now > Moving to Washington? Here’s Everything You Need to Know 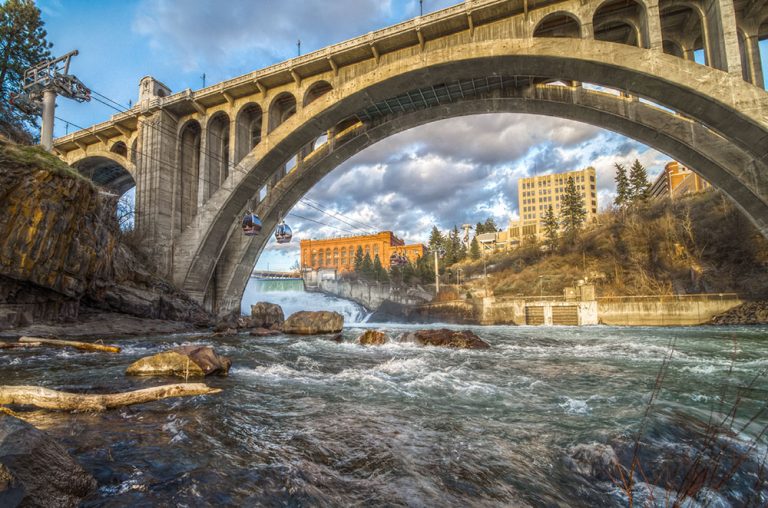 With its iconic Space Needle and scenic waterfront, combined with a burgeoning tech-fueled economy, the Seattle metro area deservedly attracts much attention as a relocation destination, but Washington also offers a thriving agricultural economy and variety of other industries to lure prospective residents to all areas of the Evergreen State.

Washington has six cities listed in the top 100 places to live in Livability’s 2018 Top 100 Best Places to Live, including three in the top 50 – and each is very different from the rest.

Bellevue, with its high-rise downtown east of Seattle and across Lake Washington, is ranked 10th; Pullman, on the eastern edge of the state and home of Washington State University, is ranked 25th; and Kirkland, just north of Bellevue and overlooking Lake Washington comes in at No. 40. The state capital of Olympia, about 60 miles south of Seattle on I-5, is ranked 61st; the scenic coastal city of Bellingham, about 25 miles south of the Canadian border, is 73rd; and Redmond, which abuts Bellevue and is the home of Microsoft, is No. 99.

According to the 2017 National Movers Survey, Washington ranks sixth in the country in percentage of inbound moves, with 59 percent of moves being inbound. In the survey, 51.29 percent of those moving to Washington cited a job as the reason for the move. And hey, if you get tired of reading about why you should move to Washington and need a little energy boost, Seattle is the home of Starbucks coffee.

With the Cascade Mountains running from north to south through the state, Washington has two extremely different climates, along with several distinct sub-regions.

West of the Cascades, an area that includes Seattle, the climate is Mediterranean mild with cool summers and moderate winters. Seattle has a reputation as a rainy city, but actually gets less annual rainfall than Boston, Houston, New York, Chicago or Washington, D.C., according to the NOAA National Centers for Environmental Information.

The Olympic Peninsula includes the Pacific Coast line as well as the Olympic Mountains, where the rainforest on the western slopes often gets more than 150 inches of precipitation annually.

Eastern Washington is more arid, with a relatively dry climate with hotter summers and colder winters.

While the Seattle area receives only about 5 inches of snow per year, some 50 miles east to the Cascade Mountains is another story. The Snoqualmie Pass on I-90 often requires chains for winter driving, and the pass occasionally is closed in the winter due to snow. Mount Rainier, about 60 miles southeast of Seattle, averages an astonishing 670 inches of snow per year at the Paradise Ranger Station.

Because of the varied temperature ranges, and wide-ranging rain and snowfall averages, a city-by-city listing comes in handy.

And, the tech-rich Seattle–Tacoma–Bellevue Metropolitan Statistical Area has seen its population grow to more than 3.8 million, 15th largest in the country and slightly larger than the Minneapolis–St. Paul–Bloomington, Minnesota area.

Seattle, the state’s largest city with its picturesque waterfront, is home to pro football’s Seahawks, the Mariners major league baseball team, and the Sounders of Major League Soccer, who average more than 40,000 fans per match at the stadium they share with the Seahawks. The University of Washington sits just north of downtown.

The Cost of Living Diaries: How Much Does It Really Cost to Move to Seattle?

Although construction cranes have dotted the city’s skyline in recent years, Seattle remains a collection of unique neighborhoods, with unique cultures and historic districts.

More than 75,000 Puget Sound residents commute via ferry to work or school each weekday, according to the Washington State Department of Transportation (WSDOT), which operates the 22-vessel ferry system over 10 routes – the largest ferry system in the U.S.

With its diverse climate and geographic regions, Washington offers options for almost every choice of lifestyle.

In Eastern Washington, Spokane – with Spokane Falls in the middle of downtown – was recently ranked 7th on Livability’s 2018 Best Places to Retire. Ellensburg, about 100 miles east of Seattle on I-90 and the home of Central Washington University, is No. 6 on the list of 2018 Best Affordable Places to Live.

Looking for something different? Vashon Island, a short ferry ride from West Seattle, is the largest island in Puget Sound with about 10,600 residents and prides itself on its counterculture reputation.

Looking for a cool city with easy access to Oregon? Vancouver, WA – which is actually a suburb of Portland – was listed in one 2018 survey as the No. 1 hipster city in the country.

From a business and economic standpoint, Washington is ranked high by numerous entities. Forbes has Washington high in its Best States for Business List, especially in the categories of labor supply, economic climate and growth prospects. A U.S. News report lists Washington as the best state for growth and third overall for economy.

The Boeing Co., the world’s largest aerospace company with more than 80,000 employees, is the Seattle area’s largest employer, according to the Economic Development Council of Seattle and King County. Other top employers include tech giants Microsoft and Amazon, the University of Washington; Starbucks; Swedish Health Services; and the U.S. Navy, as well as the county and city. The Joint Base Lewis-McChord military installation, about 20 miles south of Tacoma, employs more than 50,000.

The Northwest Seaport Alliance, a marine cargo operating partnership of the Port of Seattle and Port of Tacoma, is the fourth-largest container gateway in North America. Ocean-going cargo ships share the Seattle waterways with cruise ships and the iconic white-and-green Washington State Ferries.

Three national parks with an abundance of scenic hiking trails set the tone for a statewide appreciation of outdoor recreation and a booming tourism industry.

Mount Rainier National Park, about 60 miles southeast of Seattle, is named for the 14,411-foot high, glacier-topped Mount Rainier, the tallest mountain Washington. The park offers a wide range of hiking trails of varying difficulty, as well as camping and climbing. The park also has two lodges, including the historic Paradise Inn, built in 1916. Much of the park is closed in the winter.

Washington’s 154 state parks offer something for everyone. Among the more picturesque state parks are Cape Disappointment on the rugged south-west tip of the Washington coast, and Deception Pass, north of Seattle near Whidbey Island.

The scenic San Juan Islands, off the northwest corner of the state, feature whale-watching, kayaking, biking, and hiking. Four of the islands are connected by ferry, leaving out of Anacortes.

Outdoor recreation creates an estimated $26.2 billion in annual economic impact for the state, according to the Outdoor Industry Association.

Washington is ranked sixth in state education rankings, including third in higher education. The University of Washington, with more than 57,000 students, is located just north of downtown Seattle. The school was founded in 1861, making it one of the oldest public universities on the Pacific Coast.

Pullman, on the Eastern side of the state, is home to Washington State University, founded in 1890 as Washington’s original land-grant university. It has an enrollment of more than 25,000.

Gonzaga University, located in Spokane, is a highly ranked private school and a national basketball power despite an enrollment of about 5,200. Other highly regarded colleges include Seattle University; Whitworth University in Spokane; Western Washington University in Bellingham; and Pacific Lutheran University in Tacoma.

The state’s system of 34 public community and technical colleges, with a combined enrollment of about 370,000 students, operates under the auspices of the Washington State Board for Community and Technical Colleges. Many former two-year colleges now offer four-year degrees.

Bellevue, Mercer Island, Bainbridge Island, and Lake Washington – all in the outlying Seattle metro area – are among the highest rated school districts in Washington, according to Niche.