Learn how the University of Wisconsin-Madison’s research and development efforts help create jobs and economic investments throughout the region. 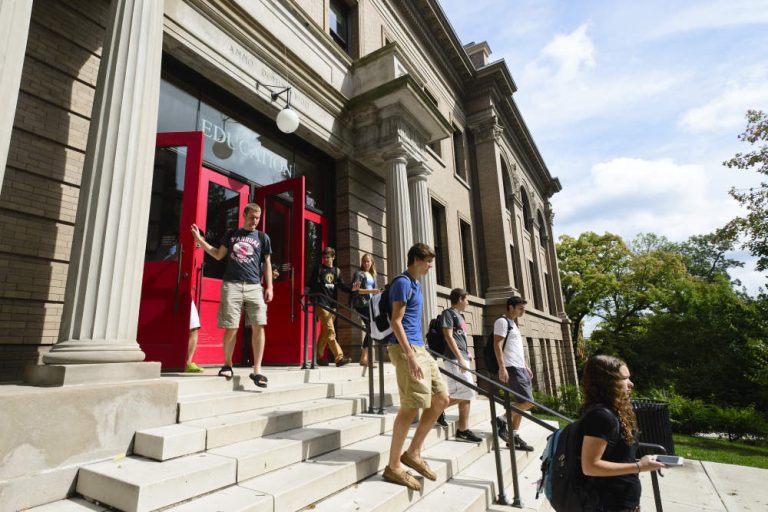 Ranked sixth in the nation among universities for research and development expenditures, the University of Wisconsin-Madison is a powerful economic engine in the region and across the state. The university’s research programs are credited with fostering 362 startup companies, which support nearly 25,000 jobs and contribute more than $2.3 billion to the state economy each year.

“The research dollars that our faculty bring home to Wisconsin have a significant regional economic impact,” says Marsha Mailick, University of Wisconsin-Madison vice chancellor for research and graduate education. “These dollars pay for salaries, which are reinvested in the local economy, as well as services and supplies provided by Wisconsin companies, creating even more jobs and revenue.”

Mailick says investments in faculty and staff have been vital to the university’s successful research and development efforts.

“Nineteen Nobel Prizes have been awarded to UW faculty and alumni. That’s why we continue to invest in our faculty, staff and students. It’s our people that are our most critical resource for maintaining our position as a top research university,” she says. T

he value of the research is also reflected in innovative startup companies and new technologies. The Discovery to Product’s Igniter Fund program is designed to bring technologies developed at the University of Wisconsin-Madison to market. University Research Park offers state-of-the-art facilities where researchers can turn ideas into viable businesses. The Wisconsin Alumni Research Foundation (WARF) – ranked seventh worldwide in 2015 for the number of new patents – covers the costs of patenting and licensing that enable university researchers to commercialize their discoveries. Since its founding in 1925, WARF has provided more than $2.3 billion to the University of Wisconsin-Madison in the form of direct grants and more than $200 million to faculty inventors.

“WARF is among the oldest and most nimble technology transfer offices in the nation,” says Jeanan Yasiri Moe, director of strategic communications for WARF.

Today, WARF manages a substantial investment portfolio built from decades of licensing and investment revenues. Through prudent stewardship, WARF is able to provide an annual grant of tens of millions of dollars to the university to fuel an evergreen cycle of innovation. These gifts are used to recruit and retain faculty, support student fellowships, build new facilities and advance the ‘Wisconsin Idea’” – the university’s guiding principle that education should influence people’s lives beyond the boundaries of the classroom.

A Great Place to Launch a Startup

A beneficiary of WARF funding, Echometrix is an ultrasound technology company that was born out of research conducted by Ray Vanderby, a University of Wisconsin-Madison professor, and his biomedical engineering colleagues.

“They developed a software technology to assist them in doing their research and they quickly realized it had commercial potential,” says Echometrix CEO Jeffrey Dalsin. “WARF has been very supportive throughout the lifespan of the company in terms of providing financial assistance and in terms of the patent work they did in exchange for equity in the company.

“Madison has a great startup ecosystem,” Dalsin says. “There’s [the University of Wisconsin-Madison] and all the tremendous resources that a top-notch, Big 10 research institution has to offer — in facility, talent and collaborative potential with faculty and students. Having a lot of really smart people in the same area creates a lot of positive, entrepreneurial energy, and that’s evident in this region.”

In addition to WARF, the university has launched new research and development funding initiatives, such as UW2020, which will open new avenues for innovation and help University of Wisconsin-Madison researchers be more competitive when applying for federal funding.

“The value of our research program lies not only in the new knowledge, but also in its contribution to our educational mission and our state’s quality of life,” Mailick says. “Research at the University of Wisconsin-Madison helps solve big problems that make people’s lives better. It means making a difference. It means finding cures for diseases and vaccines to prevent illness in the first place. It means expanding the frontiers of knowledge and growing the economy. It’s about healthier food and lifestyles. It’s about agriculture and culture. It’s about research that will transform the world in the future.”