Skip to content
Home > WI > Madison > Education, Careers & Opportunity > Why the Founders of Cultured Decadence Moved Their Company to Madison, Wisconsin – and You Should Too

Why the Founders of Cultured Decadence Moved Their Company to Madison, Wisconsin – and You Should Too

The co-founders of sustainable food tech company Cultured Decadence found the perfect home for their business in Madison, Wisconsin. 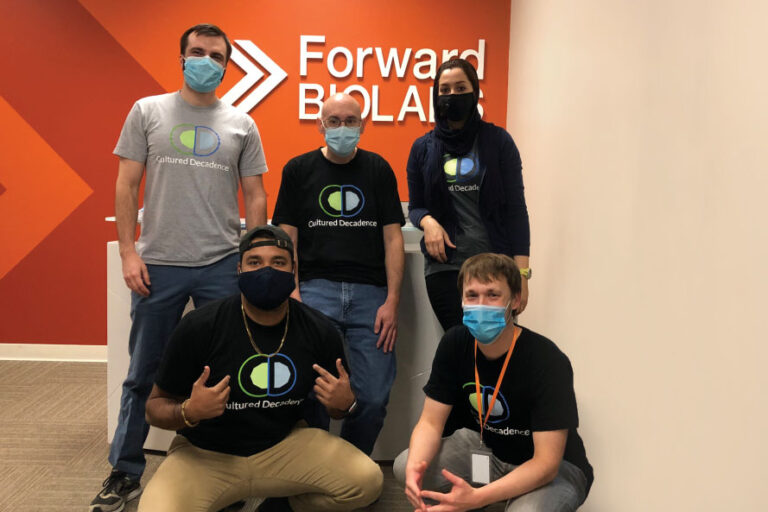 When John Pattison and Ian Johnson, co-founders of sustainable food tech company Cultured Decadence, decided to leave their Bay Area jobs in California to strike out on their own, they looked to relocate to a Region where they could grow their fledgling business.

“We were looking for an environment that had a really strong academic pipeline of talent in the food tech and biotech space. We were also looking for an area that had a lot of existing industry that could be a potential pipeline for talent as well as potential collaborators,” Pattison says.

He says the duo also wanted to settle in a Region with access to funding, affordable workspace and business development resources as well as one that encouraged innovation. It turns out what they were looking for was closer to home than Pattison imagined.

What is this magical land of cheese, cheap rent and a record number of water slides? It’s called Wisconsin.

“I was originally from Wisconsin, but hadn’t lived here for some 10 years. But we talked to people here and looked at the city’s business profile and cost of living, and we decided that moving to Madison was a good opportunity,” he says. “A plus was having UW-Madison, not just in terms of talent but also in terms of research and exposure to other innovative core industries.”

After settling in Madison, Pattison and Johnson quickly took advantage of the Region’s many programs and services aimed at helping startups, including participating in the gener8tor accelerator program and sharing lab space in Forward BIOLABS.

“Forward BIOLABS has all of the expensive equipment that a biotech company needs, but might only use once a week or once a month. That’s something that’s very unique to Madison. The startup costs for an early-stage biotech company are pretty high, and if it weren’t for all the (available resources), we probably wouldn’t be here in Madison. Without the resources, it would be much more difficult to start a company like that we’re doing here,” Pattison says.