Take a closer look at the vibrant, diverse communities the Madison Region has to offer. 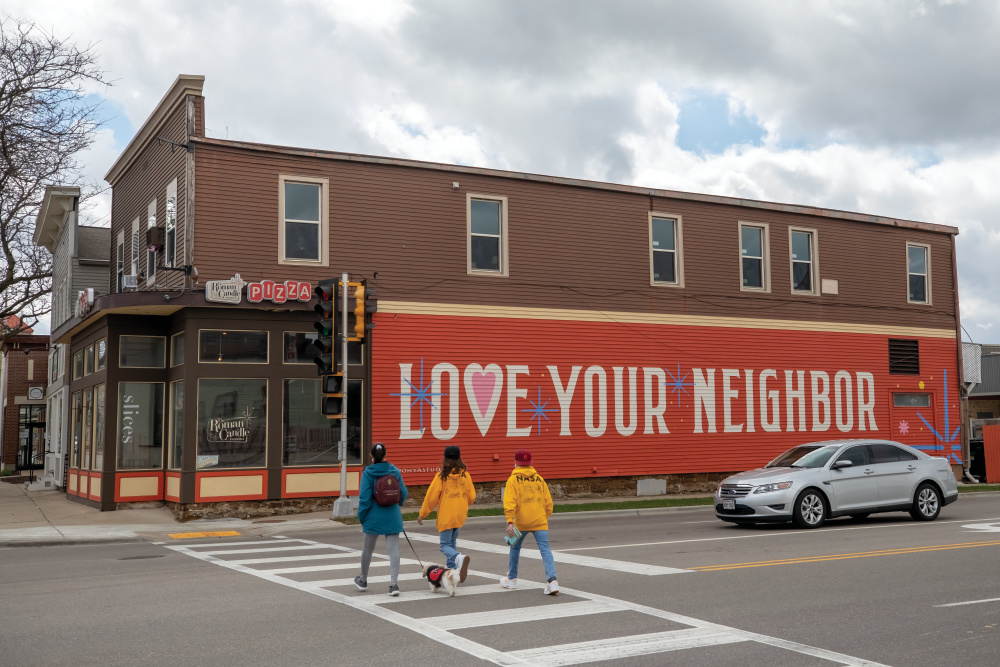 When it comes to finding the perfect place to live, the Madison Region makes it easy, offering a selection of neighborhoods that range from an energetic, restored downtown to suburban communities with strong family appeals and distinctive towns featuring revitalized central business districts as well as unique stores and restaurants. These communities offer affordability, convenience and proximity to larger cities in the Region while retaining their own identity and character.

“We have everything,” she says. “Our downtown is just astonishing. We have lots of shops and restaurants and different businesses downtown. And we’ve been fortunate enough that, despite the COVID pandemic, we didn’t lose any of our 170 businesses.”

The community of 37,000 has a river running through it – the Rock River – and a location on the Wisconsin-Illinois border that makes getting around the Region easy.

Just as the businesses run the gamut in terms of type, El-Amin says the demographics of the community are diverse. About 20% of the population is Hispanic or Latino and more than 12% is Black.

“We have a huge mix of population ages and races,” she says. “We’re really a melting pot.”

The past is being preserved and helping shape the future in Mount Horeb, a village of about 7,500 residents about 22 miles southwest of Madison. A charming downtown business district features dozens of well-preserved historic commercial structures and gives a nod to its Scandinavian heritage with wooden trolls that line the streets.

Honoring its past while looking to the future, the village has welcomed a number of new projects, anchored by the recently opened headquarters of specialty retailer Duluth Trading Company. The company’s 108,000- square-foot facility, which opened in early 2019, is home to more than 200 associates who help support restaurants and other businesses in the village.

A homegrown success is Gempler’s, a family-owned online retailer of horticulture, workwear and industrial supplies, including home and farm equipment, founded in Mount Horeb in 1985 before moving to Belleville in 1997. After going through some ownership changes, a former Lands’ End executive acquired the company in early 2019 and relocated a number of employees in merchandising, product development, inventory and sales to Mount Horeb. Gempler’s also opened an outlet store in the village in 2021.

A new development, a GrandStay Hotel & Suites and new restaurants are among the recent arrivals to the village. Driftless Historium, which opened in 2018, chronicles the history and culture of the Region through an impressive set of displays and exhibits.

Building a better downtown experience is the work of Melissa Lampe in Watertown, a community of 23,000 in Dodge and Jefferson counties located equidistant between Madison and Milwaukee.

Lampe is executive director of the Watertown Main Street Program, which works in partnership with city government, downtown building and business owners, and other community stakeholders to promote reinvestment and renewal in the city’s historic business district. In 2020, the organization provided $20,000 in matching grant funding for facade improvements. According to Lampe, the community rallies behind the cause through support of fundraisers.

“That money primarily is raised through events,” she says. “Our whole mission is to raise money to beautify the downtown.”

And thanks to programs like the facade grant, the urban core is robust and thriving. Watertown boasts about 85 storefronts along Main Street, which holds the distinction of being the longest continuous Main Street in the state. Businesses run the gamut, from retail to restaurants to health and wellness. One notable vendor is Keck Furniture, the oldest department store in Wisconsin in continuous operation.

A Taste of Local Flavor

Along with a robust downtown scene, Janesville holds another distinction. Christine Rebout, executive director of the Janesville Area Convention & Visitors Bureau, says the area is known for its natural beauty and recreational opportunities.

“We have more than 60 parks, 30 miles of paved off-road trails that you could hike or bike and 2,000 acres of parkland,” she says. “There are just so many opportunities to get outside in all seasons and be close to nature.”

Regardless of the season, Rebout recommends checking out the downtown business corridor.

“We have infused millions of dollars into the downtown, creating new businesses,” she says. “For example, we’ve got a coffee shop, candy store and a fine dining restaurant called Lark.”

There’s more to the downtown than food and drink, however. Rebout says Janesville’s cultural capital is not to be dismissed either.

“We’ve expanded our public art downtown recently,” she says. “Last year, we put in five new large-scale murals, along with lots of individual public art,” she says. “So, it’s a great place to really walk around and spend time. Regardless of your age or abilities, there’s just a lot to do and enjoy downtown.” 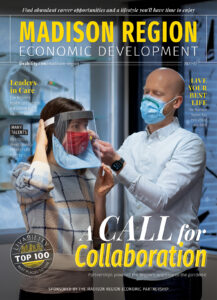