Skip to content
Home > WI > Madison > Experiences & Adventures > 10 Things You Must Do in Madison, WI

10 Things You Must Do in Madison, WI

The Madison Region offers a trove of must-see treasures. Here is just a small sample. 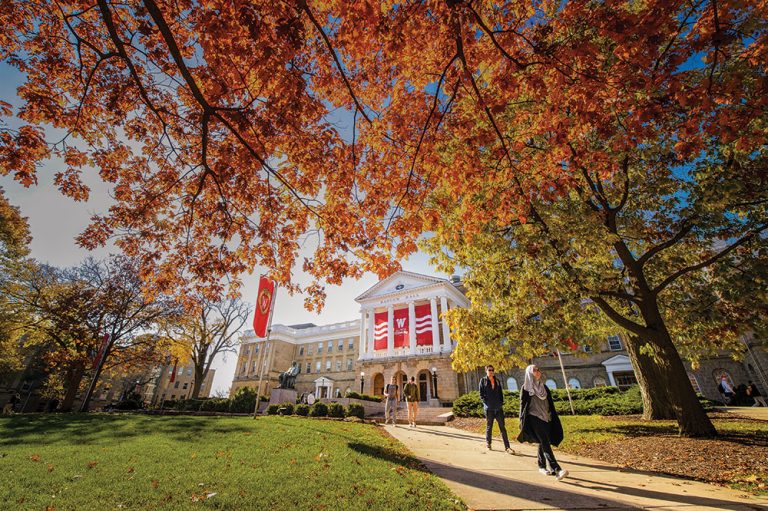 Al. Ringling Mansion in Baraboo was built in 1905 for circus showman AL. Ringling and his wife, Lou. The Ringling Bros. Circus was at its peak when the Romanesque Revival mansion was constructed. Tours are available to see original furnishings, hand-carved woodwork, Tiffany glass and murals. The Lou Ringling Ballroom is currently being repurposed to become the Al. Ringling Brewing Company & Pub.

Alp and Dell Cheese Store makes and sells cheese at its chalet-style plant in Monroe, and a viewing hall allows the public to watch the cheesemaking process. Owners Tony and Esther Zgraggen  emigrated from Switzerland in the 1980s, and the store stocks local cheeses, along with nine kinds of imported cheese. Also for sale are five varieties of sausage and a selection of wines and locally brewed beers.

Driftless Historium in Mount Horeb is a museum that presents the story of southwestern Dane County through permanent and changing exhibits designed for all ages. Permanent exhibits have names like Civil War, Ebenezer Brigham, Tourism Immigration, Aslak O. Lie and Cheese Factories. The interesting museum won the 2019 Wisconsin Historical Society Board of Curators Museum Exhibit Award.

Ice Age Trail is a 1,000-mile footpath entirely within the state of Wisconsin, including five counties in the Madison Region. The trail follows a route formed 12,000 years ago when glaciers retreated from the region and state. Today, the Ice Age Trail is one of only 11 National Scenic Trails in the nation. More than 1 million people use the trail each year for hiking, backpacking and snowshoeing, and many segments through woods also support cross-country skiing.

Portage Canal was constructed between 1849 and 1876 to connect the Fox River with the Wisconsin River at the city of Portage. Highlighted by a 1.5-mile piece of land between the two rivers, this land was used by Native Americans for thousands of years. Today, the south bank of the canal is part of the National Ice Age Trail, and significant renovations have occurred to clean the canal and create pedestrian walkways.

Stoughton Opera House opened in 1901, and today, the theater operates on the second floor of Stoughton City Hall. The building had fallen into disrepair over the years until a decision was made in the late 1980s to restore its Victorian interior and rebuild the clock tower. Known for its great acoustics, the theater hosts a variety of musical and theatrical shows.

Cave of the Mounds National Natural Landmark in Blue Mounds formed more than 1 million years ago, with water gradually dissolving rock to form underground caves and caverns. Guided tours of the cave, discovered by explorers in 1939, take visitors past colorful stalactites, stalagmites, columns and other crystal formations on paved lighted walkways, and the temperature always remains a constant 50 degrees.