We asked professional travelers where (and why) they decided to put down roots — their answers might surprise you. 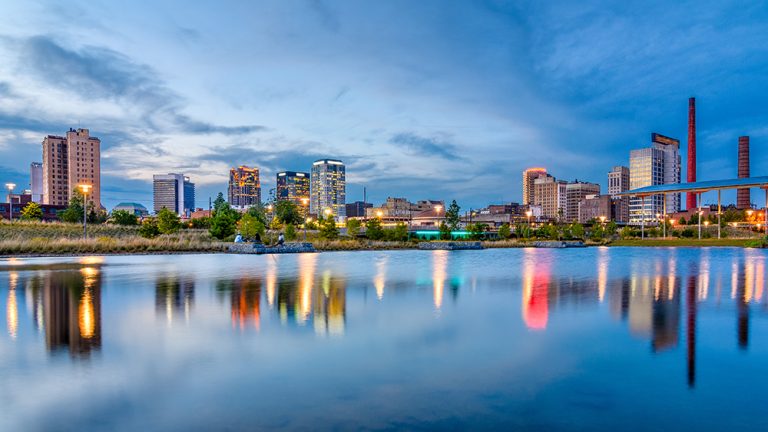 Choosing where to live is a big deal no matter your profession, but when you’re a travel writer, the decision can be even more difficult. Frequent travelers see so much of the world that they often have too many great cities in mind and have a hard time choosing where to put down roots.

One thing’s for certain: when a travel writer who’s seen it all decides to call a city home, you can be sure that place has a whole lot to offer.

We asked a few globe-trotting travel writers how they chose their home base cities. Their choices might surprise you, and their answers say a lot about what’s really important in the place you keep coming back to.

1. Fargo, for the creative culture.

“I think I moved here at the perfect time. Fargo started a program to revitalize its historic downtown right before I moved into the neighborhood, so a place that was already really popular with students and artists began to attract new restaurants and shops, entrepreneurs and start-ups too. We have several universities in the metro, a really vibrant and well established art scene and an active population that likes to get out and do things, so all that brings a great energy to the city.

I can be a travel writer anywhere, but it’s easy and affordable to be a travel writer and an artist and a business owner in Fargo. The art scene is small, supportive and as unpretentious as you can possibly get. (Taking yourself too seriously will score you an epic eye roll here.) The low cost of living and the fact that I could buy a home with my husband fairly easily more than make up for the higher fares I pay at the airport.

And there’s an independent, DIY vibe in Fargo that I love. Honestly, it gives me courage. When I worked in advertising in my early 20s, I would regularly meet with business owners and members of the City Council that were way younger than me. Nobody thought that was weird – or even particularly notable.

In Fargo, and in North Dakota in general, if you have a good idea and you can make it work, you just do it. Almost everybody in my circle has a side hustle, almost everybody creates something beautiful in their spare time and both your friends and people you only vaguely know will show up to support your ribbon cutting or gallery opening or book signing. Not everywhere is like that.â€

“Birmingham is centrally located in the South in the foothills of the Appalachians. In terms of driving distance, we are approximately 2 hours from Atlanta, 3 hours from Nashville, 4 hours from the sugar-white sand beaches of the Gulf of Mexico, and 6 hours from New Orleans.

It’s big enough (approximately 1.2 million people in the metropolitan area) to have plenty to offer, but not so big that it’s crowded or a pain to get around. Birmingham offers very affordable houses in multiple metropolitan areas.

Ten years ago when I moved back from Los Angeles, CA, there were only chain restaurants in Birmingham. It was awful. I was so used to getting whatever authentic food I wanted in LA. However, Birmingham has truly stepped it up and has added so many restaurants in all kinds of authentic ethnic cuisines from Ethiopian to Greek to Thai. Last spring, I even discovered while I was in Lima, Peru, that Birmingham in fact has a Peruvian restaurant!

Birmingham also has a rich history from the iron and steel industry to Civil Rights.â€

3. Seattle, for the food and tech scenes.

“In 2013, my husband and I were tired of living nomadically and wanted to put down roots somewhere. We didn’t want to live in either of our hometowns and we really liked the idea of a more laid back West Coast lifestyle. Major requirements were a tech scene (for him) and good Asian food (for me). Also we wanted to be near a major airport so we could easily travel.

At first we considered San Francisco but it’s insanely expensive. My best friend lives in Seattle and suggested we might like it there. We had visited once a few years previously and really liked it so we thought, ‘Why not?’ We moved there without even scouting it out first. We’re impulsive like that.

We ended up loving it – Seattle is such a fun and fast changing city, great food, lots to do. Mike got really into the Sounders. We had our daughter there so now she will forever be a Seattleite.â€

-Stephanie Yoder, Why Wait To See The World, Seattle, WA (Stephanie and her family have since taken off from Seattle for a long-term adventure in Bologna, Italy.)

4. Austin, for sunny weather and community.

“Moving to Austin had a lot to do with my experience living in Medellin, Colombia. I became so used to the year-round warm weather, I didn’t want to go back to the icy cold winters in the northeast U.S. like I endured most of my life.

I wanted a city that was on the rise, like Medellin, and in 2016, Austin was the fastest growing city in the U.S. The fact that so many people are constantly new in town contributes to the friendly vibe.

Being a travel blogger and entrepreneur, I was also seeking a city full of people who are self-employed or starting their own businesses. I wanted to surround myself with inspired and inspiring people. So far Austin has delivered.â€

“After years living in Europe, New York City and San Francisco, I decided to return to my roots and move back to Tennessee in late 2011. My husband and I were growing tired of the rat race in California and the daily struggle to survive, even though we both had jobs and decent incomes (which still only put us barely above poverty level in San Francisco!). We relocated to the Nashville area, where my family is, just over six years ago and have never looked back.

It was important to me that I be close to a major airport, as I still travel 200 days a year, and Nashville has great airlift – I can get a direct flight to nearly everywhere that I need to travel domestically, plus, I’m within a four-hour drive of many other big cities like Atlanta, Lexington, Memphis, Knoxville and Birmingham.

On top of a more comfortable – and, most importantly, more affordable – lifestyle, we’ve managed to start our own agency, build up a solid roster of branding and consulting clients in the tourism space, and even accrue several investment properties on the side. These are all things we’d never have been able to do had we stayed in San Francisco long-term, and we’re healthier and happier as a result.â€

6. Cleveland, for affordability and growth.

“Originally, my husband and I decided to move to the Cleveland area because of his job, but we decided to stay and buy a home here for a variety of other reasons. First and foremost, the cost of living in northeast Ohio is extremely affordable, meaning my travel blogger salary can go a lot further than if we lived in a more expensive city. But I think the real reason we wanted to stick around is because it’s so great to see Cleveland blossoming again.

Young people are moving back downtown, breathing new life into neighborhoods and bringing in fresh ideas. It’s cool to be close to that buzz, and to watch the city transform into one that I’m now always talking up to people who have never visited.â€