Skip to content
Home > WA > Seattle > Where to Live Now > 4 Reasons To Move to Seattle, WA

4 Reasons To Move to Seattle, WA

A booming economy, incredible food and music are just three things this Pacific Northwest city has to offer. 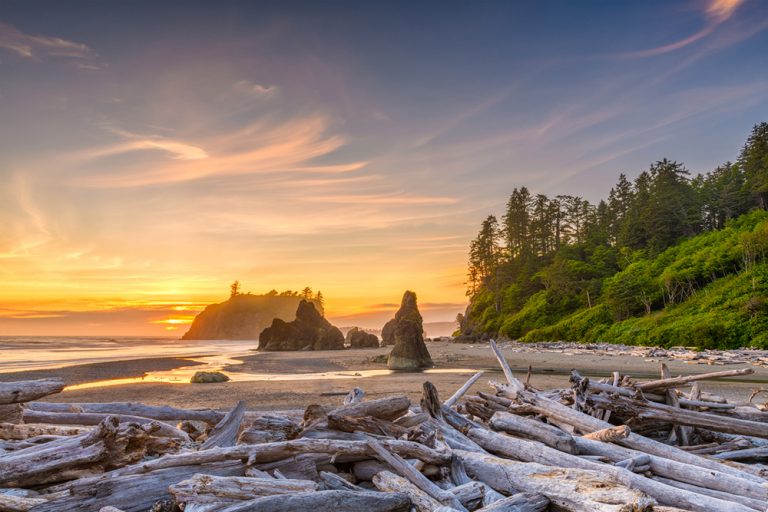 Employment is a huge factor in deciding where to live, and the tech industry is providing a vibrant job market in Seattle, Washington. Add in a temperate climate with views of the water and mountains; a booming cultural, dining and nightlife scene; a world-class university; a variety of family attractive options within commuting range; and it’s easy to see why the Seattle metro area is one of the fastest growing in the country.

Seattleites embrace the multitude of outdoor opportunities and the area’s miles and miles of walking, hiking and biking trails. Bike lanes are the norm for most roadways and most buses are equipped with easy-mount bike racks, one of the reasons Seattle consistently ranks among the top “green” cities in the U.S. Seattle parks alone have about 120 miles of trails. West Seattle has two of the best in Lincoln Park along the Puget Sound shoreline and Camp Long, which has about 3 miles of trails, as well as 10 rustic cabins. Nearby mountains provide more strenuous and longer scenic hiking opportunities, many with breathtaking waterfall views. If you’d rather be on the water than walking alongside it, there are kayak rental opportunities on Elliott Bay, Lake Union, Lake Washington, Lake Sammamish and Portage Bay. In the winter, several snowshoeing opportunities are within a short drive, as well as several downhill ski areas.

If fresh produce is on the grocery list, Seattle offers an abundance of neighborhood farmers markets, some open year round. Some of the areas with markets are the University District, Capitol Hill-Broadway, West Seattle, Columbia City, Lake City, Phinney, Magnolia and Ballard. Several of the markets offer cooking demonstrations and many have live music. With a little planning, you can visit a different market each day of the week. From late June until about the beginning of August is Rainier cherry season in Washington.

7 Things To Do in Seattle

See why Seattle is such a special and memorable place.

From eclectic clubs to large concert venues, the Seattle music scene offers something for just about everyone, every night of the week. Key Arena at Seattle Center hosts the likes of Paul McCartney, Rihanna and The Who. Safeco Field, home of baseball’s Mariners, hosts stadium-sized concerts such as Beyonce and Billy Joel. The amphitheater at Chateau Ste. Michelle Winery hosts the likes of Paul Simon, Lyle Lovett and Bob Dylan.

The club scene is even more vibrant. One of the most eclectic is the Tractor Tavern in Ballard. Others of note are The Triple Door, Dimitriou’s Jazz Alley, Paragon, Neumos and Benaroya Hall, with two halls — one that hosts the Seattle Symphony. The Seattle Folklore Society presents shows at the Phinney Center Concert Hall.

Among the festivals, Bumbershoot and the Northwest Folklife Festival are the biggies.

If you’d rather be onstage than in front it, the Seattle area offers a wide range of open mic nights. Two of the best are Sunday night at Conor Byrne Pub in Ballard; and the first Saturday of each month at the SoulFood CoffeeHouse and Fair Trade Emporium in Redmond. About 30 miles north in Snohamish, the Thumbnail Theater hosts an open mic each Friday night with an amazing array of talent.

Seattle is about halfway between two other destinations on I-5, Portland, Oregon about three hours to the south, and Vancouver, B.C., about three hours north. An excellent weekend getaway is the Victoria Clipper passenger ferry from downtown Seattle to scenic Victoria, B.C., home of the world-renowned Butchart Gardens. Across Puget Sound is the Olympic Peninsula, home of Olympic National Park and quaint, historic towns such as Sequim. Port Townsend, only one of three Victorian Seaports on the National Register of Historic Places, is well worth the drive to the northern tip.