One of the hottest cities in the country offers a booming economy, a lovely climate, world class dining and more. 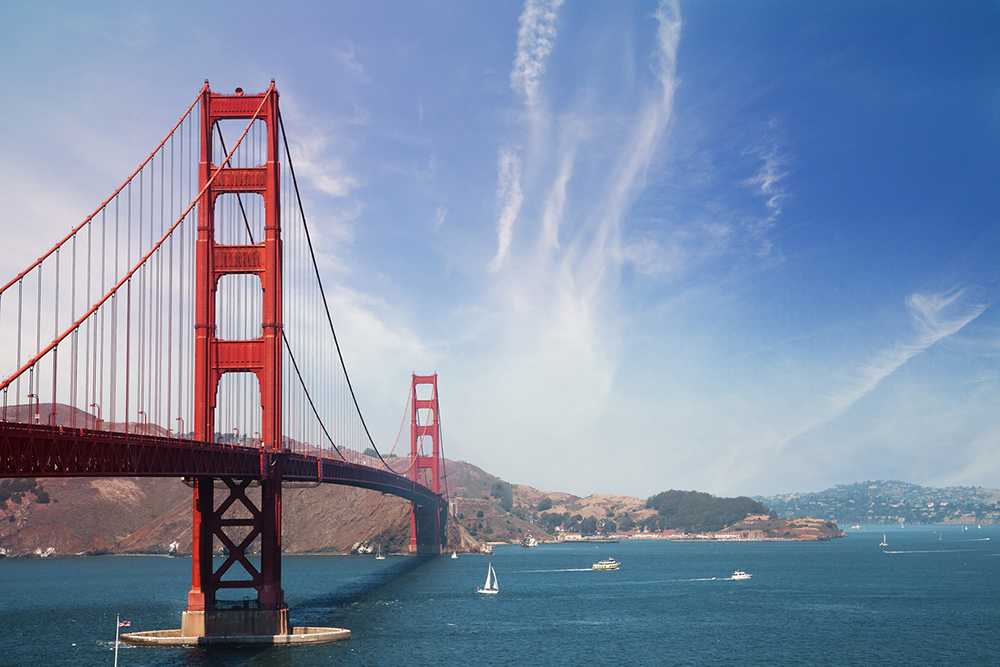 It pretty much goes without saying that San Francisco is one of the most desired places to live in America. With a booming economy, great weather, a world class food scene, and endless options for getting outdoors and staying active, the Bay Area leaves little to be desired in a city, other than affordable real estate. (Seriously: It’s so expensive.) But if you can afford it, the reasons are truly endless why San Francisco will be worth the move. Here are eight good ones to get you started.

As the birthplace of gay rights and the ’60s counterculture movement, San Francisco warmly welcomes differences. It’s a city with a minority-majority population and a global community. Everyone fits in. Its no wonder this forward thinking city was an early investor in the wonderful world of high-tech and continues to be a leader in the industry. But you don’t have to be a tech geek to fit in. SF loves to get weird — whether it’s the Folsom Street Fair, How Weird Street Faire or the countless Burning Man pre- and post-parties.

The good news is San Francisco and its Silicon Valley neighbor have the highest household income in the nation — the median income according to the 2020 census was more than $123,000. The bad news is, you’ll need the extra dough to afford housing. The well-established and rapidly expanding technology sector draws talent from all over the world. Yes, you pay a pretty penny to play the tech game, but it’s a gamble with good odds. When thinking of relocation, school systems and cost of living may be important factors, but attractive job prospects ensure the viability of the move.

It’s no coincidence that there are way too many people sporting Patagonia vests in the Bay Area. Outdoorsy types are drawn to living here because of the region’s stupendous natural beauty. Muir Woods, just 12 miles north of San Francisco, gets you a bonafide California redwood experience.

Mount Tamalpais, a 2,571-foot peak in Marin County, is supposedly where the mountain bike was invented. Angel Island, a short ferry ride away, is the Bay’s largest island, where you can bike on the elevated trail with gorgeous views. Sigmund Stern Recreational Grove’s tall pines and fragrant eucalyptus are the idyllic backdrop to the well-known free summer Sunday concert series featuring San Francisco’s world-class symphony.

But, there’s no reason you even need to leave the city. San Francisco proper has an endless supply of parks. Federal parks like The Presidio’s 11 miles of winding hiking trails offer jaw-dropping bay views, and city parks offer a hipster family oasis with killer views and a Disneyland-esque playground, otherwise known as Dolores Park.

San Francisco’s cool coastal climate only reaches 80 degrees F or higher on an average of 21 days per year. If you’re still not feelin’ the fog, check out eastern neighborhoods where the fog is less pronounced. No more scraping ice off the windshields, either. The coolest the city ever gets is about 50 degrees F in January. San Francisco’s rainy period of November to April is slightly cooler with about 70 rainy days per year, and an annual precipitation average of 24 inches. Not too terrible.

From great food to the best places to shop, local residents have the inside scoop.

Good luck trying to keep up with your “restaurants to try” list. San Francisco’s restaurant scene turns out new hits at a breakneck pace. The city fosters niche eateries for every craving, even ones you didn’t know you had. Foodies have met their match — from the finest produce to the fiercest pieties, even those who despise posts of your lunch will feel compelled to start a food blog. And while the anti-foodie is chowing down on unpretentious street tacos, the unapologetic food snob is pouring herself a pitcher of blackberry and tarragon margaritas.

In San Francisco, church is held on Saturday … at the farmers’ market behind the Ferry Building. The entire city turns up to get the greens and catch a glimpse of Alice Waters, herself, buying tomatoes.

Let’s not forget bakeries, which could be reason enough to uproot the whole family. It started with San Francisco sourdough and morphed into Morning Buns, bacon brioche and orange creamsicle macaroons. Bakery after bakery are, ehem, breadwinners. And what goes better with baked goods than coffee? Third-wave coffee shops are everywhere. But getting coffee isn’t about slathering chocolate over frozen coffee anymore; it’s a raw life-affirming experience to be savored.

San Franciscans are exposed to a mind-blowing variety of arts and culture — from world-class museums and symphonies to one of the largest collections of street art in the world. If you’re into symphonic music, San Francisco has an acclaimed trifecta with the San Francisco Symphony, San Francisco Opera and San Francisco Ballet. San Francisco’s theater scene has everything from national productions to innovative local theater companies celebrated for risk taking. Among museum royalty you’ll discover the Legion of Honor Museum, the Palace of Fine Arts (not a palace per say, but worthy of such a title) and the Museum of Modern Art. The San Francisco Zoo may seem like an odd fit in the arts and culture section, but it’s home to 39 endangered species and cares for more than 250 animal species. San Francisco’s eccentricity is so grand it has greatly influenced the country and the world at large over the years.

Whether you’re a football, baseball, basketball, hockey or soccer fan, the Bay Area has a pro team (or two) for you — and many are very good. Sports Business Journal named San Francisco the “Sports City of the Decade” in 2020. The Golden State Warriors won the NBA Championship in 2015, 2017 and 2018. the San Francisco Giants won the World Series in 2010, 2012 and 2014. And the San Jose Sharks appeared in the 2016 Stanley Cup playoffs.

And if those teams have a bad year, there’s still the Oakland A’s and Raiders across the bay. Speaking of football, the San Francisco 49ers bounced back from an abysmal recent record with a 13-3 season and a trip to the Super Bowl in 2019. And they can definitely brag about their state of the art stadium that hosted Super Bowl 50. Located in Silicon Valley, it’s not shocking that Levi’s Stadium is known for being the most high-tech stadium in the world, winning itself multiple “Venue of the Year” awards. If none of that interests you, there’s still soccer with the San Jose Earthquakes.

San Francisco is known for its eclectic architectural mix of Victorian-era homes, modern landmarks and of course, the bay window. No joke. An algorithm examining 25,000 photos of cities from Google Street identified the bay window as a defining characteristic of San Francisco architecture. But the bay window would be nothing if it weren’t for the iconic Victorian row houses in the Haight-Ashbury neighborhood, among other historic homes throughout the city. If you’re not into old charming houses, San Francisco’s architectural mega-stars are sure to woo you — the Golden Gate Bridge, Coit Tower, the Palace of Fine Arts, Lombard Street, Alamo Square and the Conservatory of Flowers.