10 Things to Do in Santa Barbara, CA

Wine, music, and a really cool courthouse: Here are some of the best things to do in Santa Barbara, CA. 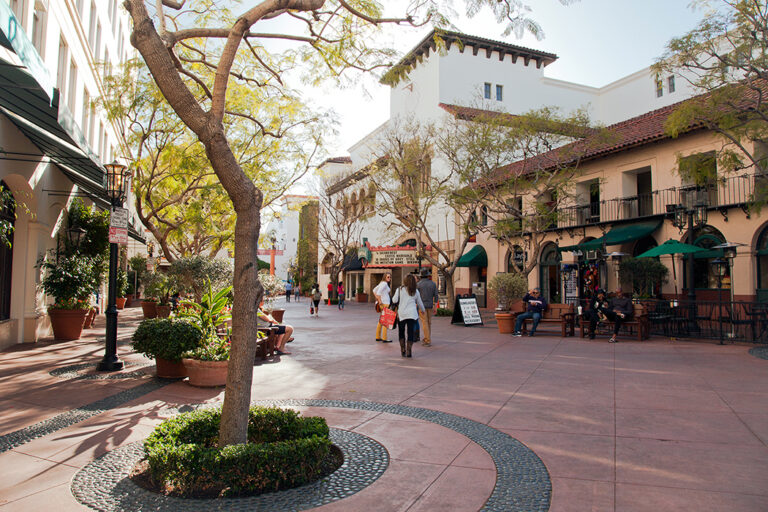 Named the 2015 Best Place to Retire, Santa Barbara offers something for folks of all ages, from hiking spots, beaches, and wineries to historic buildings and cultural hotspots. Check out some of the best things Santa Barbara has to offer.

The Santa Barbara area is home to a slew of wineries, so a visit to the area wouldn’t be complete if you didn’t take a wine tour. Wine eDventures, Sustainable Vine, and others offer such tours, where you’ll spend a day being shown around several area wineries.

Santa Barbara: One of the 10 Best Places for Wine

Voluntarily, please, and not by force because of an embarrassing mishap at that wine tasting. Both a historic landmark and a currently-in-use courthouse, visitors to this popular tourist attraction can take in the Santa Barbara Courthouse’s Mural Room and grounds while bumping into lawyers and judges going about their daily business, all in a place that looks far more like a resort than a typical courthouse.

3. Take a hike in the Santa Barbara Botanic Garden

The 78-acre Santa Barbara Botanic Garden houses more than 1,000 different kinds of native plants in diverse sectional displays, with trails leading through desert, forest, and other kinds of terrain, making this not only the place to go if you want to see a good sampling of Californian flora, but also a great place to go for a hike!

4. Catch a movie or concert at the historic Arlington Theater

Santa Barbara’s largest theater and performing arts venue with a capacity of 2,000, the Arlington Theater hosts performances by music acts and comedians, while also regularly showing films. Further, the theater, modeled with faux-Spanish villas and a ceiling painted with stars, hosts many events and screenings associated with the Santa Barbara International Film Festival.

5. Attend an outdoor concert at the Santa Barbara Bowl

If the weather is nice (it usually is) and you want to see an outdoor show, then the Santa Barbara Bowl, an amphitheater situated in a canyon just outside of the city, is just the place for you to go. With seating for just under 5,000, this amphitheater is small enough to ensure you get a good view of the stage, but large enough to draw some of the world’s top musical acts.

Considered the “chief cultural and historic landmark” in Santa Barbara, this 200-year-old Spanish mission is home to a community of friars and an active parish. Visitors, however, can enjoy a museum, twelve acres of gardens, and a cemetery and mausoleum.

If you want to go deep sea fishing, scuba diving, rent a boat or paddleboard, or even just stare longingly at a bunch of expensive yachts, you have to check out the Santa Barbara Harbor. And if you happen to be around in October, you can add the Harbor & Seafood Festival to your itinerary.

8 Reasons to Move to Santa Barbara

8. Take a walk through Stearn’s Wharf

Close to Santa Barbara Harbor, Stearn’s Wharf is a strip of shops and restaurants stretching out into the ocean where you can eat, drink, and wander about once you’ve worn yourself out with all the boating, fishing, scuba diving, and so on that you’ve been doing at the harbor all day.

Another attraction at Santa Barbara Harbor, the Maritime Museum offers a balance of interactive exhibits, educational displays, and artifacts. If you show up on the third Thursday of the month, admission is free!

10. Get cultured at the Santa Barbara Museum of Art