Skip to content
Home > CA > Sebastopol > Where to Live Now > 8 Reasons to Move to Sebastopol, CA

8 Reasons to Move to Sebastopol, CA

One of the best small towns in America just keeps getting better. 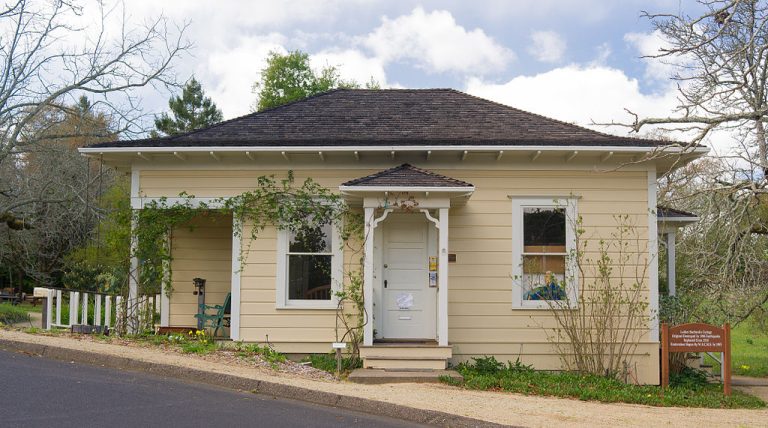 In 2015, Sebastopol was ranked ninth on our list of the 100 Best Small Towns in America. This year, the western Sonoma County town took several more steps forward, moving up to #3 on Livability’s list of 10 Best Small Towns 2016. The reasons why Sebastopol is such a great place to live are many, but the area’s natural beauty and rich agricultural heritage—Sebastopol was home to famed horticulturalist Luther Burbank, for one—are a big part of the equation. Combine that with the friendly small-town vibe, the exceptionally robust cultural opportunities, and the close proximity to one of the most vibrant cities in America (San Francisco), and you get a quality of life that is hard to beat.

Why Sebastopol is One of the Best Small Towns in America

There aren’t many chain stores in Sebastopol, but there are an unusually large number of cool, independent specialty stores, many found at The Barlow, a unique culinary/arts center that attracts tourists and locals alike. Consider the furniture and kitchenware found at Sebastopol Kitchen & Table, the handcrafted housewares of Littlefour, and the handcrafted soaps and skin care products of the Soap Cauldron, to name a few.

If you really appreciate food and drink, Sebastopol is the place for you. Zazu Kitchen & Farm is widely recognized thanks in part to appearances on the Food Network and the Travel Channel, but don’t forget about Peter Lowell’s, the Hole in the Wall Restaurant, for all the great vegan and vegetarian options.

There’s no shortage of wineries in and around Sebastopol. Discover your new favorite wines via the tours and tastings of Marimar Torres Estates, Kosta Browne Winery, River Road Vineyards, and many, many others. If craft brews or hard liquor is more to your liking, Sebastopol is home to Woodfour Brewing and Crooked Goat Brewing, as well as the Spirit Works Distillery.

Meanwhile, it’s easy to get fresh-from-the-farm food in Sebastopol, thanks to the local Farmers’ Market and the iconic Andy’s Produce Market—the largest open-air fresh farm produce market in California. Another popular place to shop for food in Sebastopol (as well as nearby Santa Rosa) is the Community Market, “Sonoma County’s only worker-run, natural food store.”

10 Bucket List Things You HAVE to Do in Sebastopol

Of course, Sebastopol’s best attributes aren’t limited to food, arts and culture. The town, which has an abundance of wineries, offers a pleasingly mild climate year-round. With warm summer days and cool nights, the area is ideal for producing grapes. The average high in mid-summer is 82 degrees and the average low is 52 degrees. In mid-winter, temperatures tend to hover within a narrow range, with an average high of 50 degrees and a low of 40 degrees.

Meanwhile, if healthy living is important to you, you’ll be in good company in Sebastopol, where maintaining a healthy lifestyle is a priority for most residents. Eighty-six percent of adults report leading an active lifestyle and 78 percent report maintaining a healthy weight. Residents also give local hospitals high marks, especially as compared to the California average.

As for housing costs in Sebastopol, the median home price is $470,600 and the median monthly mortgage is $2,178; high by national standards but decidedly affordable in comparison to San Francisco and its metropolitan area, which is just an hour to the south.

And San Francisco isn’t the only great nearby city. Just ten minutes away is Santa Rosa, which we named among the 100 Best Places to Live 2016, thanks in part to its thriving downtown and its diverse array of amenities and educational opportunities. Santa Rosa has its own distinctive, vibrant culture, which is headlined by the Charles M. Schulz Museum & Research Center.