8 Things to Do in West Hollywood, CA

Whisky a Go Go, The Comedy Store are among many great sites 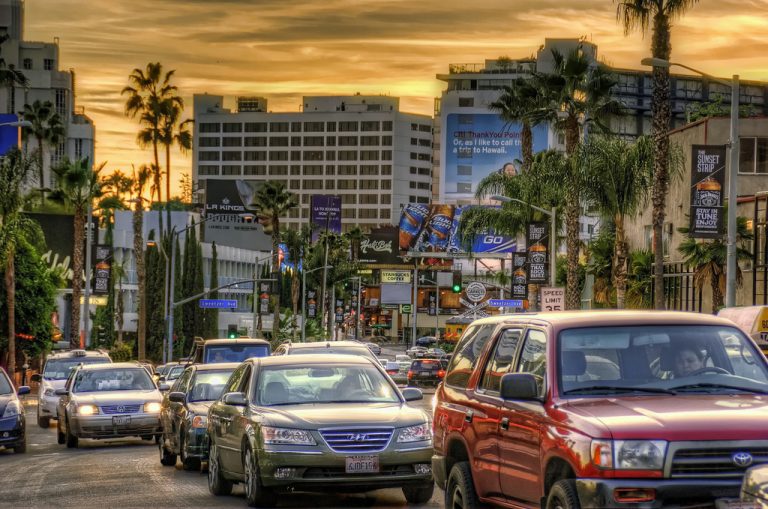 West Hollywood is known for the Sunset Strip and its many entertainment attractions, and the city also has a variety of other interesting sites that make the community special:

1. Have a laugh at The Comedy Store

On Sunset Boulevard is The Comedy Store, which opened in 1972 and has seating capacity for 450 patrons. Comedians who launched their careers at the West Hollywood landmark include Jim Carrey, Kathy Griffin, David Letterman, Chris Rock, Ben Stiller and Robin Williams.

2. Snag some produce at The Helen Albert Certified Farmers Market

Opened in 1964 and located on Sunset Boulevard is Whisky a Go Go, a nightclub that launched bands like Led Zeppelin, Motley Crue, The Doors and Van Halen. Also on the Sunset Strip are iconic music venues like The Viper Room, Troubadour and The Roxy Theatre.

Order traditional French cuisine items like quiche Lorraine and Provencal omelets at WeHo Bistro, which opens daily from 9 a.m.-10:30 p.m. All dishes in the casual setting are freshly prepared with the best local ingredients, and meals can be enjoyed inside the restaurant or outside on the patio.

6. Browse the stacks at Book Soup

World-class authors offer readings and signings every day at Book Soup in West Hollywood, which proclaims itself as “Bookseller to the Great and Infamous.” The renowned bookstore opened in 1975 and features 60,000 titles specializing in art, film, photography, music, controversial non-fiction, literary fiction and international magazines.

A boutique predominantly for women is D-A-S-H, a clothing and accessories store on Melrose Avenue that is owned by Kim, Kourtney and Khloé Kardashian. Bestselling items are dresses from name brands like Lindsay Lohan, La Rok, Mason and Whitney Eve, and D-A-S-H has its own line of scented candles.

On Santa Monica Boulevard in the heart of WeHo is St. Felix West Hollywood, a longtime restaurant known for its many menu selections. St. Felix is only open for dinner from 4 p.m.-2 a.m., although a brunch is served each Sunday from 11 a.m.-3 p.m. The eatery is a block from the West Hollywood design district.