Duane Nava, who was born and raised here, has big plans for the community he loves. 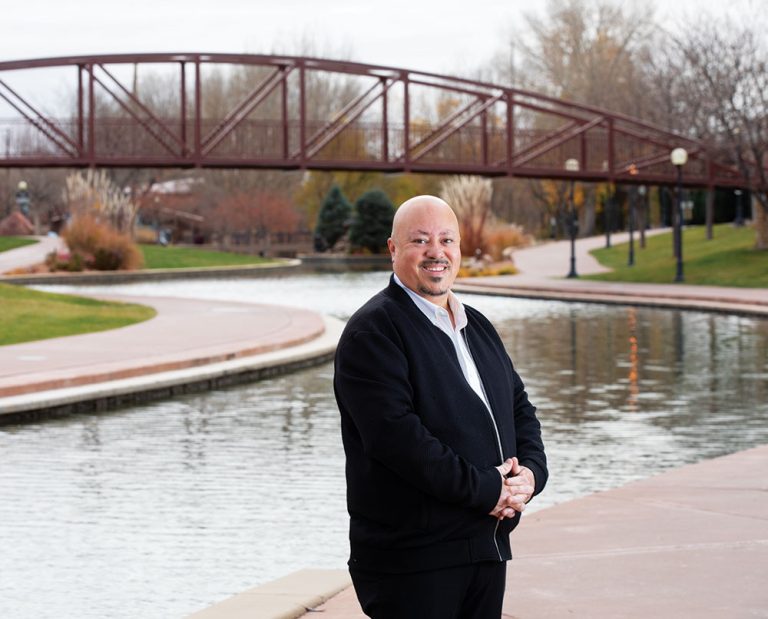 Serving at the helm of an organization that works to support Pueblo’s small businesses has not always been part of Duane Nava’s plans since he first started considering career options. His want to create an even better Pueblo, coupled with the work experience and leadership skills needed, slowly emerged as he held different titles and added to his education.

Nava, who took over as the new president and CEO of the Greater Pueblo Chamber of Commerce in late 2021, was born and raised in this community and has fond memories growing up in the area.

“I love this city,” he says of Pueblo, which boasts a beautiful downtown that’s home to family-owned restaurants and a number of shops, excellent school districts and higher education opportunities, outdoor recreation options like the Riverwalk, and much more. “You can’t walk down the block without people talking to you who you don’t even know. They’re just approachable and friendly.”

“We’re on the brink of huge growth. It’s an amazing city with great people, great leadership, and it’s the best place not only in the state but in the country.”

He attended Central High School, and at the age of 15, he began working for McDonald’s, eventually moving his way up to a management position.

A few years after high school, now with a small family, Nava decided to obtain a bachelor’s degree in sociology from CSU-Pueblo. He worked for the Pueblo County Sheriff’s Office and later earned his master’s in educational counseling from the University of Phoenix and his principal’s license from then-Adams State College.

His career took off in public education, where he stayed for 17 years before accepting a position as the director of support services at Health Solutions, a nonprofit community medical and behavioral treatment provider, in 2021.

The main goal of these projects is to improve community’s overall quality of life.

“The work they do for Pueblo in mental health and substance abuse – they are a game-changer for this city, if we can utilize them as much as possible,” Nava says.

And while he thought he would finish out his career at Health Solutions, his plans soon changed. “I wouldn’t have left (Health Solutions) for any other reason, but this chamber opportunity – I love this chamber,” he says. “I was on the board for four years before interviewing and accepting this job.”

Nava took over as president and CEO following the death of longtime President Rod Slyhoff, a man who spent decades championing the Pueblo community.

“Rod did so much for this city without taking credit for it,” Nava says. “They’re just huge shoes to fill. But in the same token, we’ve got to do a huge job of promoting ourselves and really championing all the work that we do for the city and our members.”

A few of his goals include expanding the chamber’s membership and making it an even stronger resource for development.

While he says his background in business, education and health care will help in this new role, he believes his leadership skills will also have a positive impact.

“You’ve got to have someone who can lead people and lead an organization,” he says. “And I think that’s my strongest suit is being able to lead people, bring people together.”

Nava is excited about the future of Pueblo and the role he will play in making it an even better place to live and work.