Skip to content
Home > FL > Orlando > Where to Live Now > 8 Reasons to Move to Orlando, FL

The perfect weather and permanent vacation vibe are only the beginning 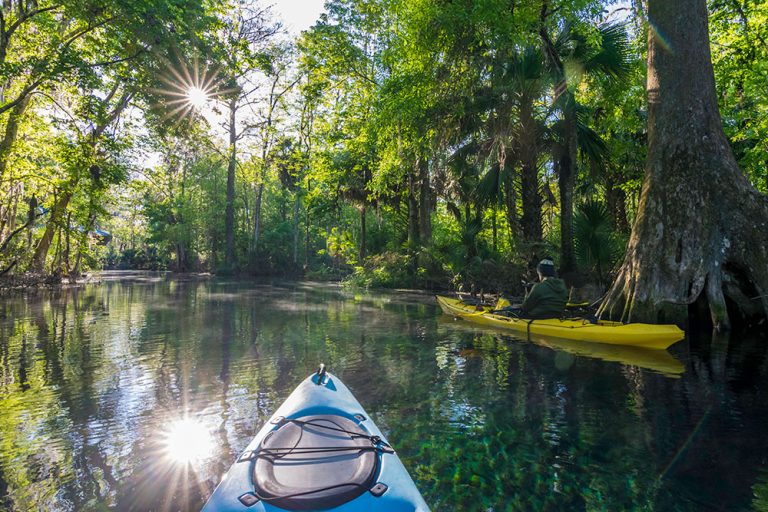 When someone says “Orlando,â€ what’s the first thing to cross your mind? Consider this: the traits that make Orlando such a great place to live are farther-reaching than whatever you may have thought of first – including that world-famous mouse. Yes, there’s sunshine aplenty and temperatures that rarely dip below the 60s, but the charming neighborhoods, diverse population, robust employment and year-round recreation make this vacation hot spot a great place to put down roots.

Situated as the centerpiece of downtown Orlando, Lake Eola Park is the perfect setting for a daily stroll on the .9-mile sidewalk that rings its namesake lake. The park plays host to locals’ private celebrations, leisurely boating excursions, bird-watching and skyline-admiring ventures. Lake Eola is just one of 37 city parks and 40 neighborhood pocket parks and green spaces residents can enjoy year round.

2. Catch of the Day, Every Day

The simple luxury of fresh seafood might just be the tastiest fringe benefit of Orlando living. For nearly 30 years, Bar Harbor Seafood has been serving up the freshest catch to loyal Orlandoans. This popular stop is primarily a seafood market, with a side of lunch. Stop in for few pounds of the day’s specials, and a lobster roll or a cup of clam chowder on your way out. Want to shop around? Be sure to try Lombardi’s Seafood or Ocean Fish Market, too.

Why Orlando, FL Is a Best Place to Live

As one of the country’s premier Shakespeare companies, Orlando Shakespeare Theater is one of the city’s shining local attractions. With year-round productions of the Bard’s works (well-known and more obscure plays get equal love), OST also features classics and modern works from a host of other celebrated playwrights. Additionally, The Orlando Centroplex offers regular productions of touring Broadway shows, while the Mad Cow Theater and the Garden Theater in Winter Garden also offer top-notch live theater.

If the Orlando that out-of-towners clamor for feels a little too manufactured, the Ivanhoe Village neighborhood is the charmingly offbeat remedy. This arty little enclave features artisan shops, galleries, eclectic eateries and a bohemian vibe all its own. Meanwhile, the historic College Park neighborhood has proven a popular residential area for young professionals. On the opposite end of the spectrum, Orlando’s Celebration Florida community has become destination-living for families drawn to the Disney way of life.

One undeniable perk of being a Floridian is access to the state’s spectacular wildlife, and the Orlando region really delivers on that front. Merritt Island National Wildlife Refuge, just east of Orlando, is well-loved by natives for the encounters it offers with dolphins, manatees, alligators, stingrays and hundreds of avian species. However, a bioluminescent nighttime kayak excursion on the Indian River just may be the most memorable natural sight you ever see.

Living in a getaway hub can tempt local residents with an unending buffet of indulgent dining options. You can think of Dandelion Communitea Cafe as the delicious antidote to “vacation food.â€ With an all-natural vegetarian menu, Dandelion specializes in whole foods that meat and plant eaters alike will devour. Similarly, Infusion Tea, Veggie Garden and Habibi Semoran – a Lebanese eatery – offer expertly crafted wholesome dining.

Orlando families with children may very well come to think of places like Orlando Watersports Complex as a second home. The complex features a lake equipped with two full-size cable systems designed for teaching wakeboarding, wakesurfing, kneeboarding and waterskiing. Paddleboard Orlando also offers an aquatic diversion for water-loving residents, and some of the state’s prettiest beaches are a mere hour’s-drive away.

Living the Dream: I Moved to Orlando to Get a Job at Disney World

The Orlando Museum of Art is just one of the city’s celebrated art collections. With award-winning enrichment programs, guided tours, ever-changing exhibits, workshops, lectures, and films, OMA exemplifies Orlando’s commitment to a dynamic community of cultural and artistic learning. Other notable museums include the Orlando Science Center, the Cornell Fine Arts Museum, the Albin Polasek Museum & Sculpture Gardens, and the Morse Museum of American Art.