Meet the Communities of Boone and Story Counties

If you're moving to Ames and the Heart of Iowa, you have plenty of outstanding options to choose from. 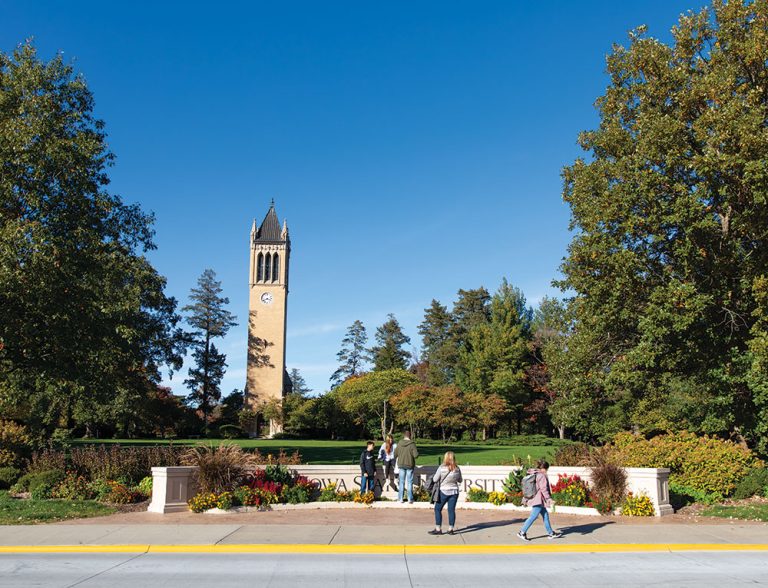 Ames and the Heart of Iowa has a population nearing 125,000 residents. The region includes Iowa State University and its nearly 31,000 students. Affordability is one of the region’s leading attributes, with median home values about a third less than the U.S. average. Thinking about moving to Ames or one of the many great communities in Boone and Story counties? Let’s explore this highly livable region.

Though it is home to Iowa State University, Ames (population: 66,427) is more than a college town. The Ames Laboratory, a U.S. Department of Energy research laboratory affiliated with Iowa State, is just one of 17 DOE laboratories in the nation. Ames also hosts a U.S. Department of Agriculture site that is the largest federal animal disease center in the nation. The city has garnered several recent recognitions, including being named among the Best Places for STEM Grads and among the Best Towns for Millennials in America. Ames was one of Livability.com’s Top 100 Best Places to Live communities in 2021.

Located 15 miles west of Ames and near the geographic center of Iowa, Boone (population: 12,460) offers access to U.S. Highway 30 and Interstate 35. The community takes its name from Captain Nathan Boone, youngest son of Daniel Boone, who made an expedition through the area in 1835. The town grew rapidly with the arrival of the railroad in the 1860s, and today it is still served by the main line of the Union Pacific Railroad. The community’s rail heritage is celebrated each year during Pufferbilly Days, one of Iowa’s top five community festivals with over 30,000 attendees. Boone is also the site of the annual Farm Progress Show at the Central Iowa Expo.

Between Ames and Des Moines, you’ll find Cambridge (population: 827). The Cambridge City Center is a new addition to the community and houses the library and city hall, and the school system recently updated its Ballard East campus. Each July brings the two-day Fireman Days festival, while a popular visitor site is The Cellar Winery at White Oak, which that produces a variety of cold-climate wines.

You Can Afford to Live Here

Your dollar goes further in Ames and the Heart of Iowa, where the median home value is around $225,000.

This agricultural community hosts the annual Collins Day celebration each June with festivities such as a parade, softball games and street dance. Collins (population: 495) recently added a community wellness center and is part of the 32-mile Heart of Iowa Nature Trail where residents can go bicycling, walking, horseback riding and snowmobiling. Go east on the trail to see the impressive 1912 Hoy Bridge, or head west to reach cities like Maxwell, Cambridge, Huxley and Slater.

Railroad executive John Blair named Colo (population: 845) after his dog. A statue of the faithful pet graces the front entrance to City Hall. With its motto “A Place to Call Home,” Colo offers residents a number of activities, such as a drive along a stretch of the Jefferson Highway Heritage Byway that runs from New Orleans to Winnipeg, Canada. The highway was one of the National Auto Trail projects dating to the 1910s, meaning that it predates the U.S. highway numbering system. In summer, residents can hit the water for swimming and fishing at Hickory Grove Park and its 98-acre lake.

Looking for Fun Things to Do in Ames, IA?

From hiking and biking to shopping and savoring the cuisine scene, you’ll get your fill of fun and food in the Heart of Iowa.

This scenic community (population: 1,211) is named for George Gilbert, who contributed much of his land to form the town. The highly regarded Gilbert Community School District provides a standout education. A favorite activity for residents is going for a bike ride at 10-acre Upstill Park, which also features nature trails, footbridges, soccer fields and more.

Nicknamed “Heart of the Prairie,” Huxley (population: 4,244)was incorporated in 1902. The community offers an attractive quality of life and stages the annual Huxley Prairie Fest. Within its city limits is the 45-acre Christiansen Forest Preserve wildlife refuge, which offers activities such as bird watching, camping and picking wild raspberries and mulberries. City officials like to say that Huxley combines small town Iowa values with growth and economic opportunity.

The city was named for longtime land baron J.T. Kelly, although the city’s spelling is different. Today, Kelley (population: 304) still has a working phone booth, and the one pay phone in town even has its own Facebook page. When visitors enter the booth, the phone eventually rings and one of the locals living near the booth greets them with a “Welcome to Kelley.”

Right in the center of Iowa is a city that measures only 1 square mile. Maxwell (population: 859), incorporated in 1883, offers a number of recreation spots, such as Maxwell City Park, Legion Park and Scout Park. A key visitor destination is the Story County Freedom Rock & Army Tank Memorial. The massive rock is painted with murals depicting various scenes that honor U.S. military achievement. Also within the city is the three-building Maxwell Museum, with 12,000 artifacts. A major event is the annual Old Settlers celebration that takes place the first full weekend of August.

Explore the Creative Side of Ames, IA

There’s plenty of ways to enjoy outstanding art in the Heart of Iowa.

With its motto “Country Town with a Country Heart,” McCallsburg (population: 353) is a quiet community in northeast Story County and proud of its railroading heritage. Native son Robert Lounsberry served as Iowa Secretary of Agriculture for 15 years. The quaint community includes the beautiful McCallsburg City Park, and one of the biggest events is the annual McCallsburg Lions Club Sweet Corn & Bologna Feed in early August with all-you-can-eat sweet corn, bologna, coleslaw and watermelon.

The county seat of Story County is Nevada (pronounced ne-VAY-da). The entire downtown historic district of Nevada (population: 6,925) is listed on the National Register of Historic Places, and the downtown area also became a Main Street Iowa community in 2019. One of the city’s attractions is Starbuck’s Drive-In (no, not the same as the coffee chain), a longtime dining destination that has offered signature beef burgers and homemade ice cream since 1956.

Only 3 miles from Interstate 35, the bedroom community of Roland (population: 1,362) is just minutes from major business, shopping and cultural areas in central Iowa and beyond. The city, incorporated in 1890, is just over 1 square mile in total area. Many residents are of Norwegian descent. The city features the popular Praeri Rail Trail, which spans 10.5 miles from Roland to Zearing and is an excellent test for advanced exercise enthusiasts. The easiest access to the trail is from Erickson Park at the northeast edge of town.

Check Out the Latest Developments in Ames, IA

City is investing in the future with new high school, aquatic center, public plaza, and more.

Sheldahl (population: 297) was settled in 1855 by 120 Norwegian immigrants, including Osmond and Anna Sheldahl and their five children. A popular site to visit is Sheldahl First Norwegian Evangelical Lutheran Church, which opened in 1883 and was added to the National Register of Historic Places in 1984. Even though Sheldahl is a small city, its boundaries rest in three different counties – Story, Boone and Polk. Recreation destinations include the High Trestle Trail that once served as a corridor along the Union Pacific railroad.

Situated on Iowa Highway 210 approximately 20 miles north of Des Moines and 10 miles south of Ames, Slater (population: 1,543) offers a small-town atmosphere but is close to larger cities. The city was named for Michael Slater, the original owner of the town site. Slater features numerous parks and recreation opportunities, including a section of the High Trestle Trail that begins in Earl Grimm Park and eventually takes walkers and hikers to the Des Moines River and the High Trestle Trail Bridge, named one of “Eight Amazing Footbridges” in the world by the BBC in England.

Incorporated in 1883, Zearing (population: 528) was named for William Mitchell Zearing, who served as a judge in Chicago and donated a bell to the first church in this community. Dakins Lake is a favorite spot for locals and visitors, offering camping, hiking, fishing, mountain biking and other outdoor activities. Zearing celebrates an annual three-day Zearing Days Celebration during the last weekend of July.