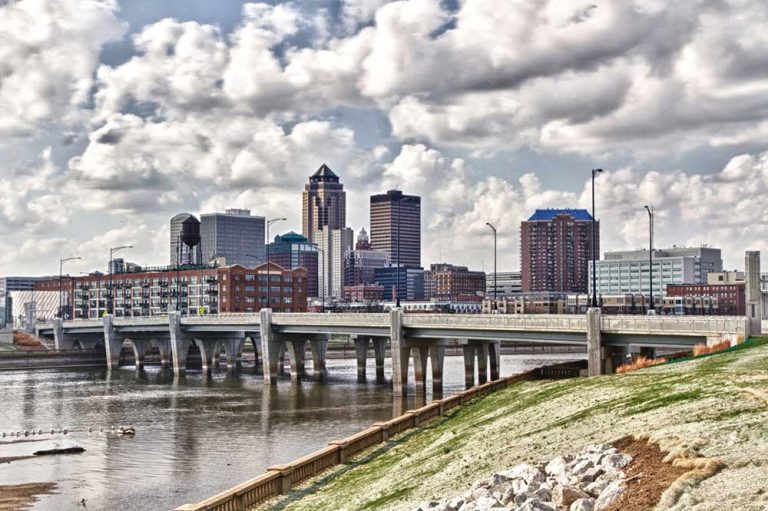 Recognized by many national publications as a great place to live and conduct business, West Des Moines is a well-designed community with big-city amenities and plenty of green space. It was ranked at one of our Top 100 Best Places to Live for two years in a row. Residents enjoy many things to do in West Des Moines.  including the following:

The median income for a household in West Des Moines is $100,000, thanks in large part to the availability of good jobs. Major employers in West Des Moines include ADP, American Equity, Goodrich, GuideOne Insurance, Hy-Vee, ITA Group, Kum & Go, Wells Fargo, and Windsor Windows & Doors. As a result of attractive career choices, the population in West Des Moines has risen dramatically over the past three U.S. Censuses: 31,700 in 1990, 46,400 in 2000, and 56,600 in 2010. A variety of retail establishments from national chains to independent stores make shopping in West Des Moines excellent, which helps generate revenue.

With an ever-expanding population of young professionals moving into the city, West Des Moines has stepped up its nightspot offerings for adults of all ages. Popular gathering destinations include Tonic Bar, G Mig’s 5th Street Pub, Westport Lounge and Shotgun Betty’s country dance club. Laughs occur at Funny Bone Comedy Club, and other energetic nighttime places include Limey’s Pub and The Keg Stand.

It’s nice to get compliments, and West Des Moines receives its share. Forbes magazine named West Des Moines among the Top Cities in America for Jobs, while Money Magazine tabs the city as one of the Top 100 Best Places to Live in America. The metropolitan area has also been named the No. 1 Best Medium-Sized Metro Area for Homeownership by NerdWallet Finance.