Skip to content
Home > IA > Where to Live Now > Moving to Iowa? Here’s Where You Should Live

Moving to Iowa? Here’s Where You Should Live

Get the inside scoop on what makes each of these communities must-live locations in Iowa. 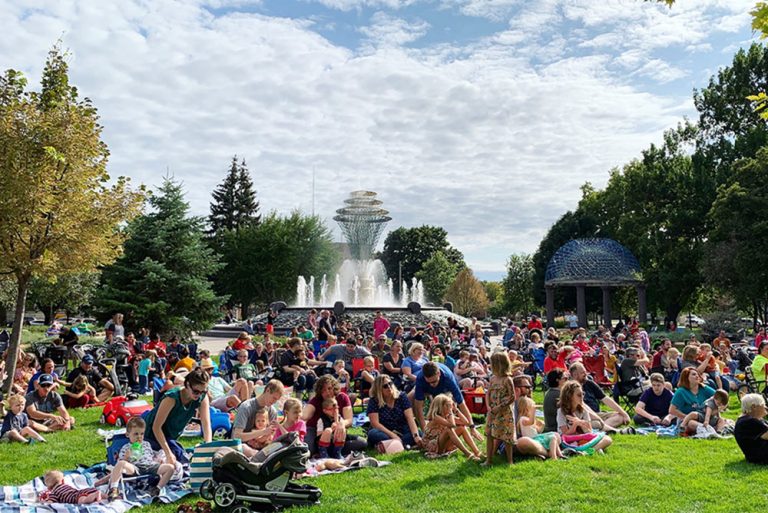 Population: 133,563
As part of the Cedar Rapids-Iowa City Corridor, Cedar Rapids looks to attract companies and talented individuals in areas like art, science, manufacturing and technology. Cedar Rapids is recognized as the regional hub of eastern Iowa. Ranked high every year on the Livability.com list of Top 100 Best Places to Live, the city is affordable with median home prices below $150,000. Other quality of life amenities include museums, two main theaters, more than 70 parks, four golf courses, six public swimming pools and two major hospitals.

Quad Cities is a region of five cities with a total population of over 470,000, according to the Quad Cities Chamber. The cities are East Moline, Moline and Rock Island in northwestern Illinois, and Bettendorf and Davenport in southeastern Iowa. In Iowa, Bettendorf is along Interstate 80 and known for several mansions listed on the National Register of Historic Places. The growing city features scenic parks and Duck Creek Recreational Trail. In Davenport, livability assets include a vibrant downtown, riverboat cruises, blues and jazz festivals, a pedestrian Davenport Skybridge and miles of bike trails.

The most well-known aspect of Iowa City is the University of Iowa, and the community also houses Kirkwood Community College’s secondary campus. The median age here is 26, which is great for companies looking for young talent. When it comes to entertainment, Iowa City has a little something for everyone, as it boasts libraries, boutiques, major retailers, breweries and places to hike, bike and kayak.

Homeward Bound: Why So Many People Are Moving to Iowa

The Waterloo/Cedar Falls area has several successful employers, including John Deere, the University of Northern Iowa, Hy-Vee Food Stores, Target Regional Distribution Center and Bertch Cabinet Manufacturing. Waterloo serves as the regional hub for government, education, health care and retail for a number of cities in northeast Iowa, southwest Wisconsin and northwest Illinois. Among the attractions in Waterloo are Lost Island Waterpark and Waterloo Center for the Arts. Neighboring Cedar Falls is home to Sartori Memorial Hospital.

Along the Mississippi River at the junction of Iowa, Illinois and Wisconsin is Dubuque, a tourism destination and a college town with five higher learning institutions, including the University of Dubuque. Besides tourism along the Mississippi River and within the Port of Dubuque, other strong economic sectors are advanced manufacturing, education, finance, health care, insurance and technology. For residents and college students, outdoor recreation highlights include 40 parks, along with six large trails, two swimming pools and Bunker Hill Golf Course.

Officially known as Des Moines–West Des Moines, the Des Moines metropolitan statistical area is comprised of Dallas, Guthrie, Jasper, Madison, Polk and Warren counties in central Iowa. The region is served by Interstates 35, 80 and 235, and statistics show that Des Moines-West Des Moines is one of the strongest economic metro areas in the Midwest. Successful sectors include advanced manufacturing, ag-bioscience, finance, insurance and technology, and WalletHub ranks the region among the Top 10 Best Places for Businesses & Careers. Livability assets include multiple options for arts and culture, sporting events, hundreds of independent restaurants and recreation for residents of all ages.

In north-central Iowa along the Winnebago River is Mason City, the economic hub of activity between Minneapolis and Des Moines. Community leaders value Mason City’s strong neighborhoods and a revitalized downtown district, and quality of life conveniences include numerous parks, an aquatic center, a high-ranking library and MacNider Art Museum. Mason City was the birthplace of Meredith Willson, author and composer of “The Music Man.” Plus, air travelers in the region have access to Mason City Municipal Airport, which offers commercial service from Air Choice One to Atlanta, Chicago, Minneapolis and St. Louis.

Won’t You Be My Neighbor: This is Iowa

Home to Grinnell College, Grinnell today features a refurbished downtown district that includes several beautiful and preserved architectural landmarks. Those historic structures are why city officials have developed a Grinnell Walking Tour with all sites within easy walking distance of one another. Health needs for residents are served at Grinnell Regional Medical Center, and the city offers nine public parks and three aquatic centers. Grinnell Regional Airport is situated along Interstate 80 at exit 182, and the city’s longstanding agricultural heritage is celebrated each year in late August during a Grinnell Lions Club Ag Appreciation Day.

Along the Des Moines River is Fort Dodge, the major commercial hub for north central and northwest Iowa. The Fort Dodge economy is buoyed by sectors such as biofuels production, limestone mining, drywall manufacturing, pharmaceuticals, vaccine manufacturing, livestock feed production, retail and technology. Distribution is a growing industry, thanks to convenient access to U.S. Routes 20 and 169, and the community is served by Fort Dodge Regional Airport with flights aboard Air Choice One to destinations like Atlanta, Chicago, Minneapolis and St. Louis. The city also houses the main campus of Iowa Central Community College.

Best known as home to Iowa State University, students and residents in Ames are well served by convenient transportation assets like interstates, state highways, public transit options and a municipal airport. Ames today is touted as part of the Silicon Prairie, which features a cluster of successful tech cities across the Midwest and Great Plains states. Many startups are developing new companies in growth sectors, such as agriculture, insurance, manufacturing and technology. In addition, Ames officials respect the past, as evidenced by the 81 downtown properties listed on the National Register of Historic Places.

Sioux City earned the nickname “Little Chicago” for its notorious reputation for bootlegging alcohol during the Prohibition era. Today, this community in northwestern Iowa is a regional economic hub for residents in Plymouth and Woodbury counties in Iowa; Dakota and Dixon counties in Nebraska; and Union County in South Dakota. Sioux City is the farthest upstream point on the Missouri River that cargo ships can travel. Current development projects include a downtown Sioux City Reinvestment District, riverfront upgrades, a Siouxland Expo Center and more trail connectivity.

In southwest Iowa and across the Missouri River from Omaha is Council Bluffs, which is largely known as a casino city with revenues of more than $400 million annually (prior to COVID-19). Other strong economic sectors include dairy products, pork and beef packaging, plastics and technology. Longtime ties to the railroad industry are highlighted at three local museums, including a downtown Union Pacific Railroad Museum. Council Bluffs features a Mid-America Center convention hall that is within walking distance of 400 hotel rooms, and the 100,000-square-foot Iowa West Field House opened in 2017.

On the eastern shore of West Okoboji Lake in the Iowa Great Lakes region is Okoboji, a popular tourism area, thanks to the six natural glacier-formed lakes. While people had made camps and established roots in the area, modern settlements didn’t show up until the Okoboji bridge was built in 1860, connecting the channel that connected West Okoboji to East Okoboji. Other community-like amenities were built between the 1870s and 1890s, such as a church and bank, and homes were built along the lakeshores around the end of the 19th century. Okoboji is primarily affiliated with fishing, swimming, boating, jet-skiing and waterskiing.