Reasons for Moving to Illinois 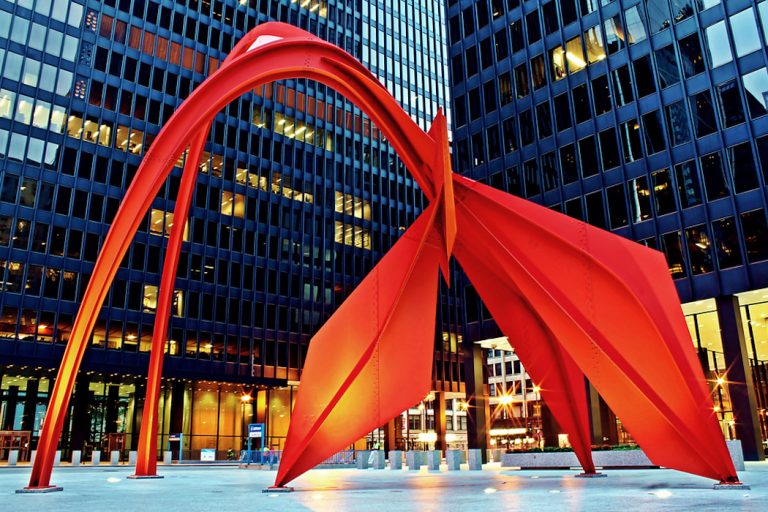 Illinois is so diverse that it even has several nicknames. The Prairie State. Land of Lincoln. There are even tongue-in-cheek slogans like, “Illinois: Please Don’t Pronounce the S.”

Best Places to Live in Illinois

Illinois is interesting for many reasons. One of them is that the state is divided into three geographical sections.

Northern Illinois is primarily made up of Chicago and its suburbs, known as the Chicagoland area. If you’re looking for a cosmopolitan atmosphere, it’s hard to beat Chicago for its architecture, nightlife, food, lakefront, museums and art (pictured above). Meanwhile, other big contributing cities to the northern Illinois vibe are Rockford and the Quad Cities region.

Central Illinois features many small cities and towns, and the large presence of agriculture in this region is the main reason for The Prairie State moniker. Well-regarded universities and major manufacturing companies also dot the region, and main cities are Bloomington-Normal, Champaign-Urbana, Peoria, Springfield and Quincy.

Southern Illinois encompasses the state south of U.S. Route 50 and features a warmer winter climate than its central and northern neighbors. Prices are reasonable in all quality of life sectors, and primary cities include Carbondale, Herrin and Marion, while St. Louis, Mo., and Evansville, Ind., are also key contributors to the region’s economy.

Sure, Chicago is in Illinois. Everyone knows that. The Windy City is located along the shores of Lake Michigan and is home to 65 percent of residents who live in Illinois.

But Illinois has numerous cities that are inviting, where residents enjoy a productive and comfortable quality of life. Downer’s Grove is one of our 100 Best Place to Live 2016, as well our 10 Best Places to Raise a Family 2014, while Itasca ranks among the 100 Best Small Towns. Springfield has a number of tourist attractions and historic sites associated with Abraham Lincoln, along with three universities and the thriving Hoogland Center for the Arts. Peoria features an impressive skyline and three award-winning hospitals.

Naperville offers 30 parks, four sports complexes and hosts a national Naperville Independent Film Festival each year, while Oak Park has an active arts community and houses the Ernest Hemingway Birthplace & Museum. Lake Forest is a scenic community along the shoreline of Lake Michigan. Carbondale is situated on the edge of Shawnee National Forest, and Champaign houses the University of Illinois main campus – Go, Illini!

The highly regarded Evanston/Skokie School District 65 serves residents of Skokie, and Kankakee features two still-occupied houses designed by Frank Lloyd Wright in the early 1900s. And oh, by the way: Tuscola might be a good place to live because it’s lucky – the $133 million Mega Millions winning lottery ticket for Sept. 16, 2016, was sold in Tuscola.

If you can’t find anything fun to do in Illinois, you aren’t looking hard enough. For those who like the outdoors, Illinois has more than 60 state parks along with Shawnee National Forest, while all along Lake Michigan is an enjoyable way to spend a day. Highland Park is a great city for catching big-name concerts, Galena has one of the most attractive downtown districts in America, and an indoor KeyLime Cove Waterpark Resort is open year round in Gurnee.

Big quality of life assets these days are easy access to highways along with lower commute times to-and-from work. Illinois is a state that has plenty of good connections. A major transportation hub for the Midwest, Illinois is a national crossroads for air, auto, rail and truck traffic and has the distinction of having the most primary (two-digit) interstates passing through it – 13.

There are 11 commercial airports in the state, led by O’Hare International Airport in Chicago, and multiple mass transit systems are plentiful. A great example of mass transit is the Regional Transportation Authority in the northeastern sector of the state that serves six counties, providing more than 5,200 bus and rail cars, along with 690 vanpool vehicles.

The 8 Bucket List Things You HAVE to Do in Illinois