5 Hidden Gems In Indianapolis You Don’t Want To Miss

From the best burgers to a hidden speakeasy, locals share some of Indy's best-kept secrets. 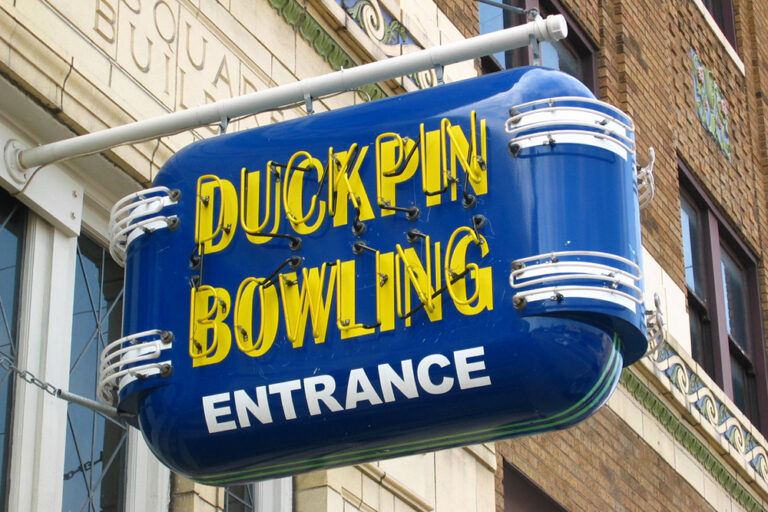 Sometimes the best things about a city are the things insiders keep to themselves. Indy’s character comes alive in its quirky, off-the-beaten-path establishments that only locals know about. We talked to Indianapolis residents to learn about some of their favorite under-the-radar things to do in Indy. Read on to discover their favorites — and maybe they’ll soon become yours, too!

Located roughly an hour outside of Indianapolis in Perkinsville, Bonge’s Tavern is a two-story red house with a restaurant inside that’s been described as a “hole in the wall”  but also “worth the drive.” It’s been serving Hoosiers since 1934, according to the sign on the side of the building. When it was a no reservations type of joint, visitors passed the long wait times by starting a tradition of tailgating in the parking lot, setting up their folding chairs and cracking open a cold one.

It’s been so popular for nearly 90 years thanks to homestyle dishes like the Perkinsville Pork, a breaded pork loin served with lemon butter, and the Harger Duck, stuffed with jalapeno cream cheese, wrapped in bacon, cooked in plum sauce and served over wild rice.

Now, Bonge’s is reservation only, but the tailgating continues — it’s all part of the excitement leading up to a great meal, so bring your folding chairs, hop in the car and head to Bonge’s for an unforgettable dinner. Just keep in mind diners need to be over 21.

Duckpin bowling, a game that swept the East Coast in the 1920s and is still popular today, came to Indy in the 1980s, when ex-Navy man Linton Calvert brought it to town. With variations to traditional bowling that make it more challenging than a regular game, such as a smaller ball and narrower pins, his duckpin lanes proved popular.

When the historic 1928 Fountain Square Building went on the market for sale, the fourth floor contained a bowling alley that had been closed for nearly 40 years and still had its vintage equipment intact.

Guests can bowl on the fourth floor in the 1920s era space, now called Action Duckpin Bowl, while the lower level is home to Atomic Bowl Duckpin, a retro alley that uses equipment from the 1950s and ’60s salvaged from defunct lanes.

Generations of fans who have enjoyed the Dr. Who series can view more than 50 years’ worth of rare and collectible paraphernalia from the show — no TARDIS needed, just a trip to Who North America.

It all started in 1998 when super-fan Keith Bradbury began looking for companies in the UK that were making the types of things he was seeing sold stateside for franchises like Star Wars. It quickly grew to become one of the largest sources of Dr. Who goods in the country.

In 2016 it moved into its very own building with the goal of creating a place where fans could share experiences of the world’s longest-running television sci-fi show. It hosts events where fans can gather, shop, play games and watch episodes together, with space dedicated to retail, a multi-purpose room for activities and the museum space that displays many rare objects from the show’s long history, some of which have never been seen in the U.S. and date back to the very beginning.

Tucked behind an unmarked door inside the historic Fountain Square Theater, The Commodore is one of the city’s newest speakeasies, and finding it is half the fun.

“It’s a great place for cocktails. You don’t expect there to be this cozy, intimate lounge when you go through behind the door,” says Joshua Driver, founder of Selfless.ly, who is a frequent visitor.

Knowledgeable bartenders sling craft cocktails, from a classic Old Fashioned to their own creations like the Klondike, with History of Lovers gin, blanche armagnac, matcha, lime and egg white.

With comfortable seating, The Commodore is the perfect place for a drink — just keep it hush-hush.

With its crispy, wafer-thin (and award-winning) burgers, Workingman’s Friend has been a Westside blue collar burgers and beer joint since 1918.

Opened by Macedonian immigrant Louis Stamatkin when he was just 19 years old to serve lunch to the neighborhood’s Eastern European railroad workers, it was originally called Belmont Lunch. When railroad workers went on strike in 1922, Stamatkin let workers run a tab, earning him the nickname “the workingman’s friend.”

When he died at the young age of 46, his sons took over, revamping the menu (adding upscale drinks like The Pink Lady and 18-ounce steaks) and renaming the restaurant. Now owned by Stamatkin’s granddaughter, Becky, the more than century-old restaurant is beloved by many, from tie-wearing CEOs to average Joes who belly up to the bar for a schooner of PBR and a double cheeseburger with a side of onion rings.